Days ahead of the big New York Auto Show, McLaren done went with the pre-unveil of its latest addition to the family – the wee 570S. For months the sons of Bruce have been busy teasing out detail shots of the econobox but today the entire car dropped the drapes.

Smaller than the 650S, the new 570S is the first model in the marque’s “Sport Series”. The new series joins ranks with the Ultimate Series and Super Series…all of which will be on display down by the river at the NYC show. 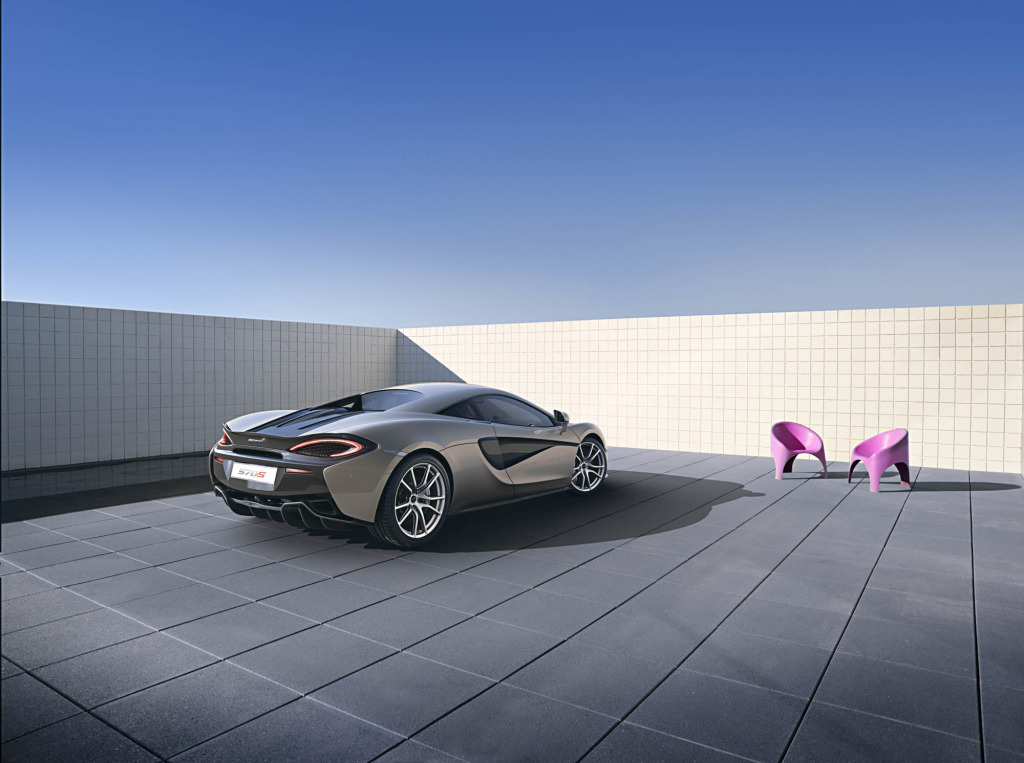 According to my good friends from McLaren (aka the press release), “…a unique carbon fibre MonoCell II chassis has been newly designed with more of a focus on day-to-day usability, offering improved ingress and egress from the cabin.” That new monocoque weighs less than 80 kg, which in combination with the revised structure, and aluminum body panels, produces a car with a dry weight of 1,313kg (2,895 lb). The Sports Series also features its own newly-developed suspension system including Normal, Sport and Track modes.

The car’s architecture, courtesy of Frank Stephenson & Co, is not much different than the 650S. Carbon fiber tub, rear engine, 7 speed SSG gearbox, and styling cues are all definitively of the same genetic family. McLaren refers to something called a “shrinkwrapped” design when referencing the coupe’s styling and aerodynamic qualities. 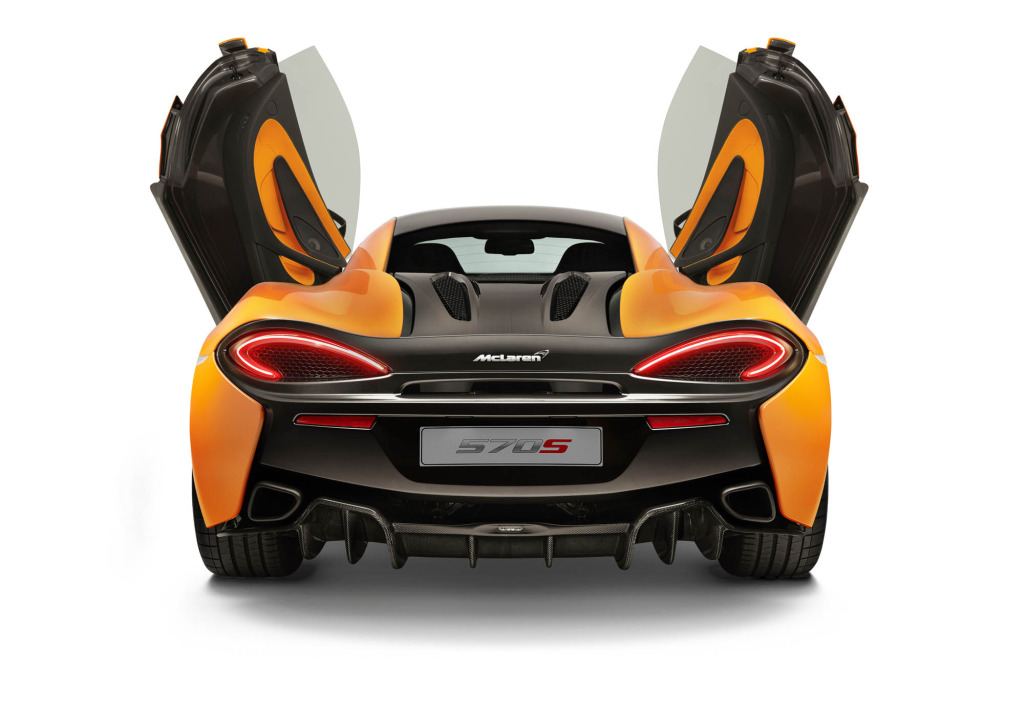 A few key design elementes of note…the intake section along the door panels has been revised. A new “floating door tendon” houses the door button but also evokes a 3D impression. Very nice. Grille workings give the car a more smiley face appearance with the lower hoodline grinning up farther under the signature headlights. Slightly revised rear haunches and flying buttresses make the car stand apart from the 650S, while evoking P1 like influences.

Going back in time, those floating door features are designed to channel air both into the side intakes and underneath the flying buttresses, thus ensuring drag is minimized while also optimizing cooling opportunities and downforce forces.

Whereas McLaren notes the 570S to be the latest to sport the brand’s new styling, its similarity to its stablemates is anything but evolutionary. Don’t get me wrong, she be a stunning piece of McLaren CAD monkeying, it’s just there’s really no bif bam pow surprise when placed next to the rest of the family. Inside the 570S things in and around the dash are different, like the console and gearbox button configuration.

However, given McLaren is still a relatively small boutique mfc still working on securing market share, for them to produce completely different models at this point in their business cycle would be difficult and costly.

According to Mike Flewitt, McLaren’s Chief Executive Officer, “The new Sports Series is aimed at a new audience for McLaren. It’s the first time we’ve competed in the sports car as opposed to the supercar market,” notes Flewitt. “As with all McLaren models, we have prioritized performance, driving engagement and exhilaration. It is a totally driver focused car, with excellent ergonomics and visibility, and a class-leading driving position. This is also the most day-to-day usable, practical and attainable McLaren we’ve ever made.”

Which brings us to the point of the car. While the 650S and new 675LT are designed to play with the likes of Ferrari and Lamborghini, the new 570S is strategically bred to compete with those German kids from Porsche. There is no price available as of today so we’re going to hazard to guess the 570S should set us back between US$165,000 and $200,000 per vehicle. This puts it the same ring as Porsche’s GT3 RS or 911 Turbo S.

NOTE: McLaren officially unveiled the car’s price today. The 570S will retail from US$184,900 with global deliveries starting later this year…which means I was right in the pricing sweet zone on my pre-show guess. I’ll take mine in that nice graphite/silver thank you.

The car can be seen by the public at the New York Auto Show starting Thursday I believe. If it’s closed, come back Friday. While we wait on my 650S and P1 test drives, enjoy my driving impressions of McLaren’s always brilliant 12C.