The following is an interview I did with Lamborghini’s CEO, Stephen Winkelmann and Design Director, Filippo Perini back in 2013 for Gizmag.com. Even though the interview is almost two years old, it’s interesting to compare notes to some of the current day rumblings out of Sant’Agata respective of hybrid intentions, turbocharging and possible SUV designs. Again.

Italian supercar maker Lamborghini celebrated its 50th anniversary in 2013 and I had the pleasure of sitting down with Lamborghini’s CEO Stephan Winkelmann and Design Director Filippo Perini for some insightful insight into one of the brand that started out as a tractor company some 50 years ago. 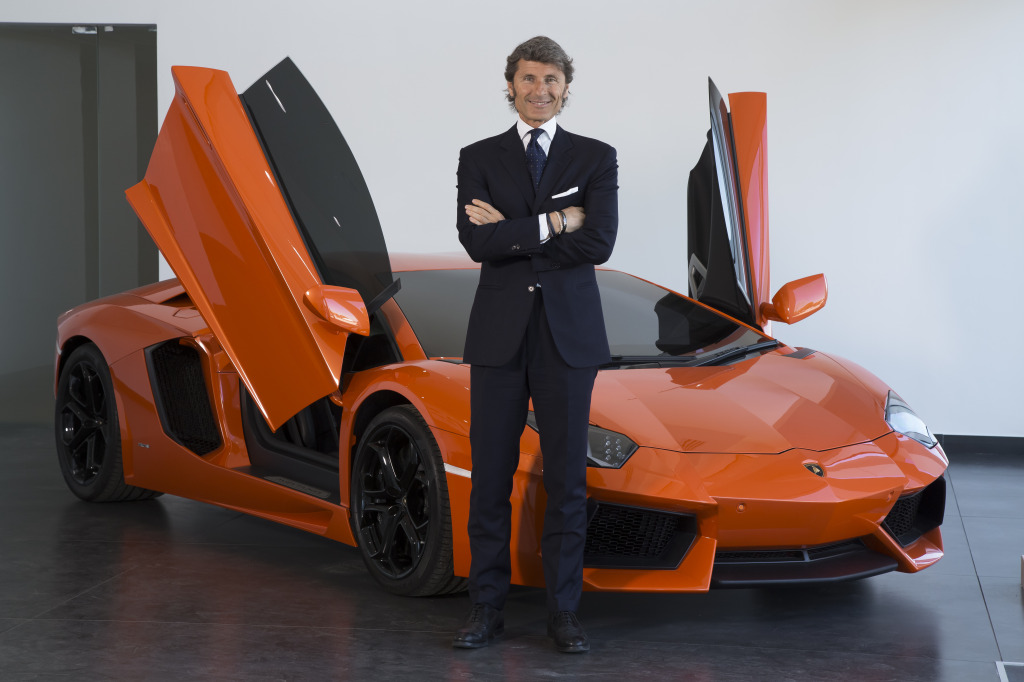 As private helicopters fly over head transporting uber rich and elite individuals to and from events during Monterey Car Week, Lamborghini President/CEO, Stephan Winkelmann and myself wait for the chopper wash and reverberations to dissipate. As the helicopter disappears over the hills we begin our interview with the man who’s been the face of Lamborghini since 2005.

Winkelmann has a particularly interesting and diverse background. He was born in Berlin, studied political science in Rome, spent time as a paratrooper in the German army and dresses like he just walked off the cover of Italian Vogue (but won’t tell you where he gets his suits made). Combine this with overseeing what is perceived to be one of the most successful turnarounds in automotive history and you have all the elements of a great story.

Just as we start into our first question, Stephan recognizes one of the company’s many clients. He excuses himself and heads over for some quick socializing with the couple.

A few minutes later he’s back and we’re good to go…but not before another customer interrupts. This time, it’s an older couple and their son who just returned from Afghanistan. Amiable and polite, Winkelmann speaks to them like he sold them an Aventador yesterday.

Once we get Stephan settled back down we finally get into our condensed Q&A session. Here’s his thoughts on where Lamborghini stands in its fiftieth year of business, and the challenges the company faces in the next half century.