The project, part of a long term plan by the city’s ‘Calgary Municipal Land Corporation’ (CMLC) to breathe life into the Rivers District Community Revitalization Plan. Designed by RFR Halsall at a bloody pricey $24.8 million, is comprised of two simple, wire laced structures that flow effortlessly across the Bow River. 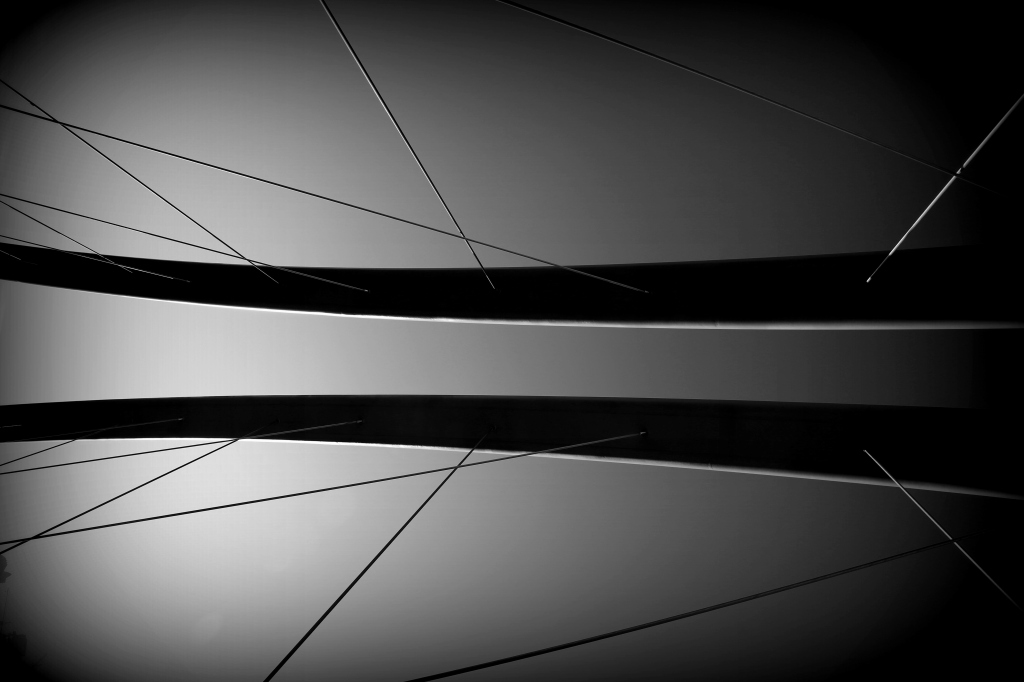 The two conjoined bridges – showing lengths of 16 and 20 meters and weighing 70,000 and 200,000 kg respectively – were shipped cross country from Montreal in February of 2013. Custom fabricated by ADF Group Inc. of Montreal started designing and building the massive structures in September of 2012.

Unfortunately the city smashing flood of 2013 played havoc with the site’s original footings. At just three months away from completion, water and pressure from the Bow River caused the freshly laid bridge deck to lift and twist. The damage meant a new deck had to be built and placed on the site at X more dollars. The delay added another year to the project.

According to RFR Group’s bridge designer, Jean-Francois Blassel, “…ze bridge, she is not so much a pragmatic A-to-B thing as a destination point where you can stand and watch the river, or downtown.”

The river bank and pathway redesign will carry over to St. Patrick’s Island as part of the Rivers District. Partially as a result of the great flood of 2013, new landscaping, foliage and public art is being put in place on the island to help re-establish the lost shrubs but also to continue over the reclamation vision started on the river’s south side.

The bridges, opened in October of 2014, can be accessed by parking at the Zoo lot or from the East Village. A new violin shaped pedestrian bridge crossing the Elbow just north of the 9th Avenue is also now open for business.