In the wake of the orange crushing defeat of Alberta’s 44 year old PC party by Rachel Notley’s Alberta NDP, I felt it appropriate to designate McLaren’s retina-punching orange 570S the official vehicle of these here political Olympics. Set at the beautifully styled Le Germain Hotel, here are images of the 570S Calgary unveiling. 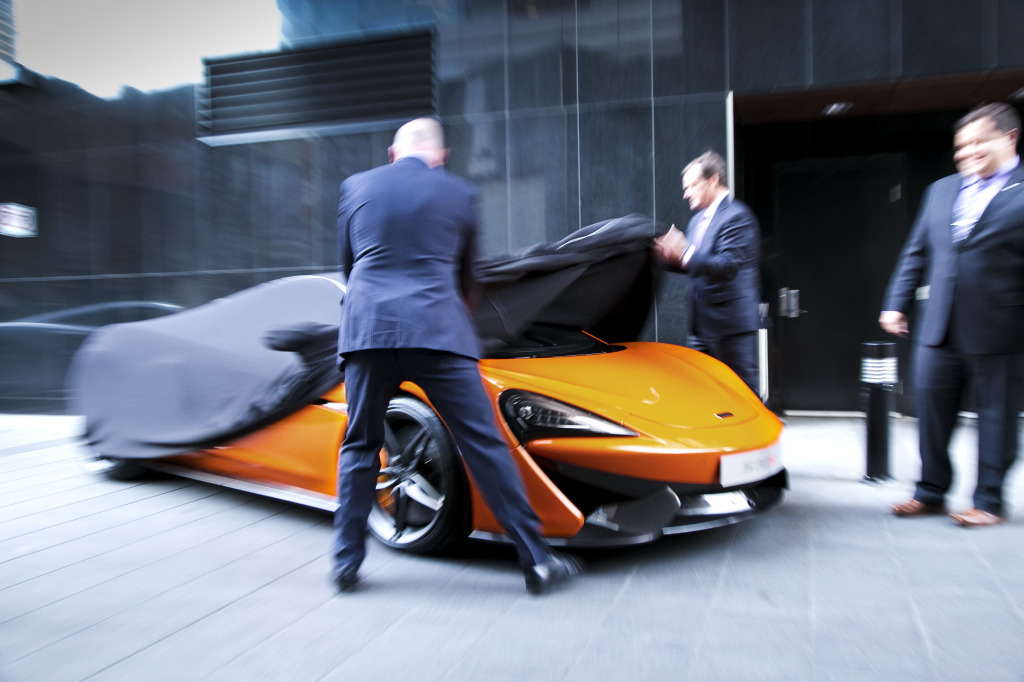 To configure and colour out your sweet ride in one of four oranges (car shown in Ventura Orange), or green or blue or black, check McLaren’s configurational web port here.