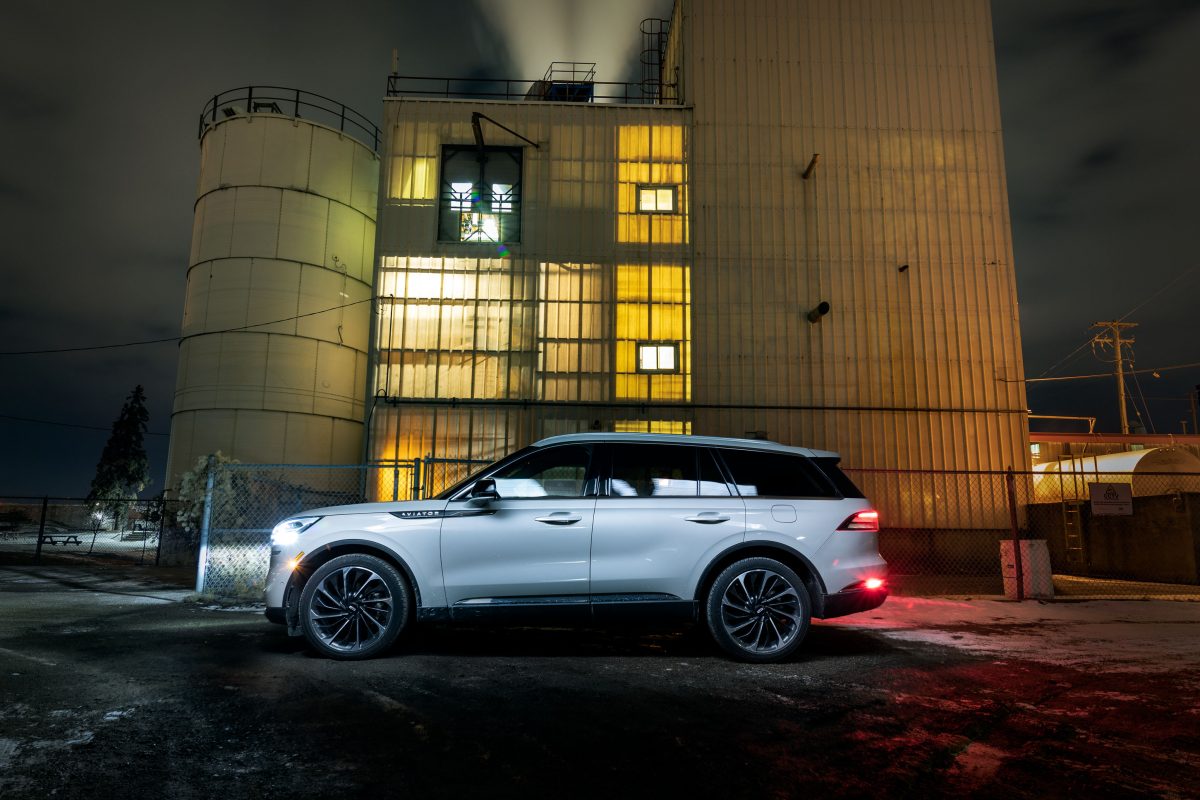 Back in the 2000’s Lincoln took a run at promoting an earlier version of an SUV known as the Aviator. Loosely based on the Ford Explorer, that iteration of the aerial named device was one of Lincoln’s shortest running models. Running from 2003 – 2005 the SUV wasn’t quite a Navigator nor an Explorer leaving it in a bad place on the marketing map.

Jump ahead 15 years to the completely redesigned 2020 Aviator and we find ourselves behind the wheel of a sport-luxury SUV that’s got enough stylistic integrity and performance charisma to silence it’s predecessor’s short lived Wikipedia notes.

Lincoln Canada was generous enough to give us a 2020 Aviator Reserve for ten days over the Christmas break this past month. We wasted no time in getting the Aviator in front of the Canon 5D MkIV in various photographic scenarios. And in keeping with the aerial theme we took to the skies with the new Mavic Mini aka. Mini-Bert.

I think Lincoln has done great things, from a stylistic, interior design and performance perspective with the 2020 Aviator. The sculpted beasty has its work cut out for it against various Japanese, Korean, German and British models. In direct competition with its closest domestic competitor, I feel Aviator has surpassed Cadillac on a global stage.

Full gallery with additional specs, impressions and pricing below.