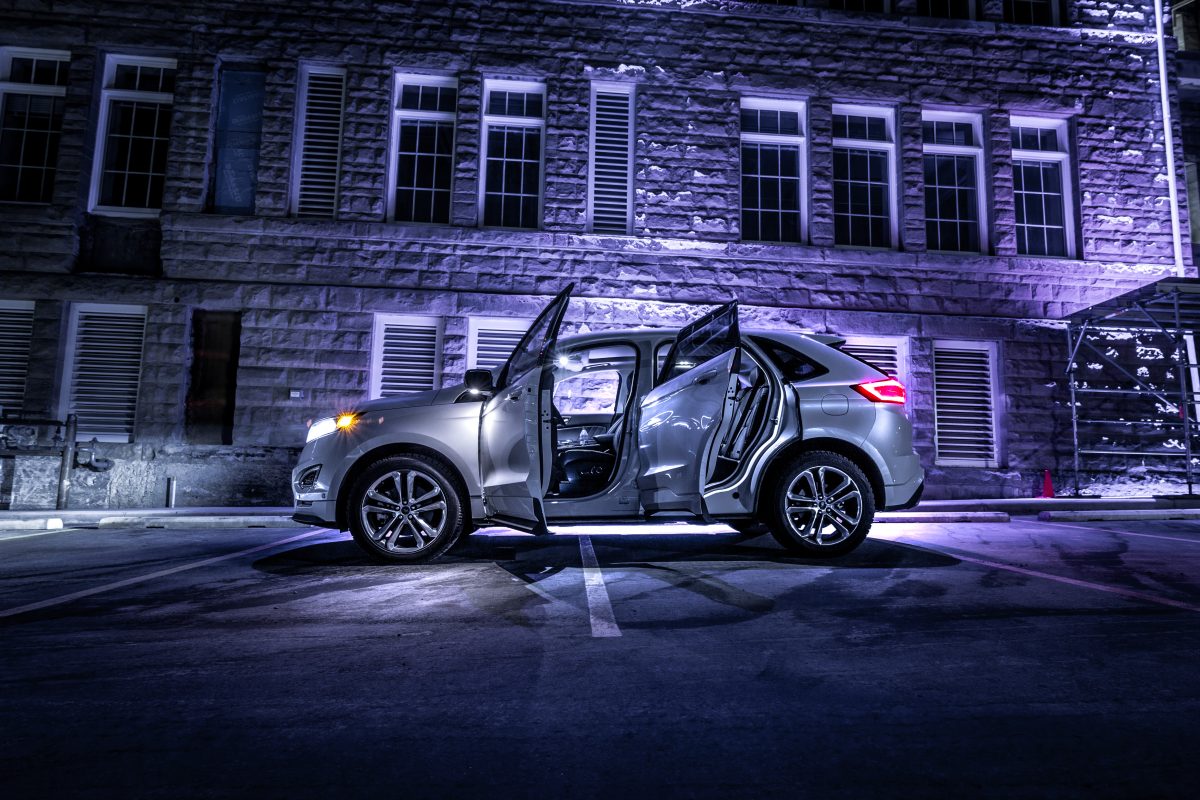 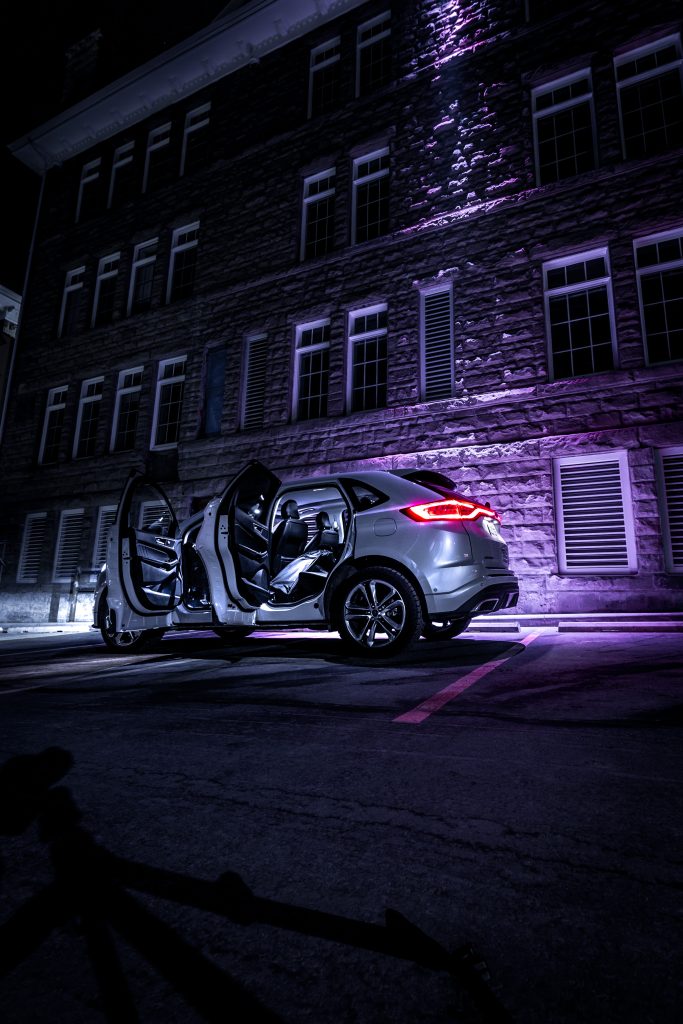 So many SUVs so little time. With manufacturers producing between 50 and 100,000 variants of the soccer mom carrying/baby diaper getting/grocery transporting/SUV people mover, it’s hard to choose.

Ford/Lincoln each produce many many many different SUVs on any given Sunday. Little ones, big ones, small big ones, big little ones. It’s enough to make a grown man drink 3 Guinness on a Friday afternoon. 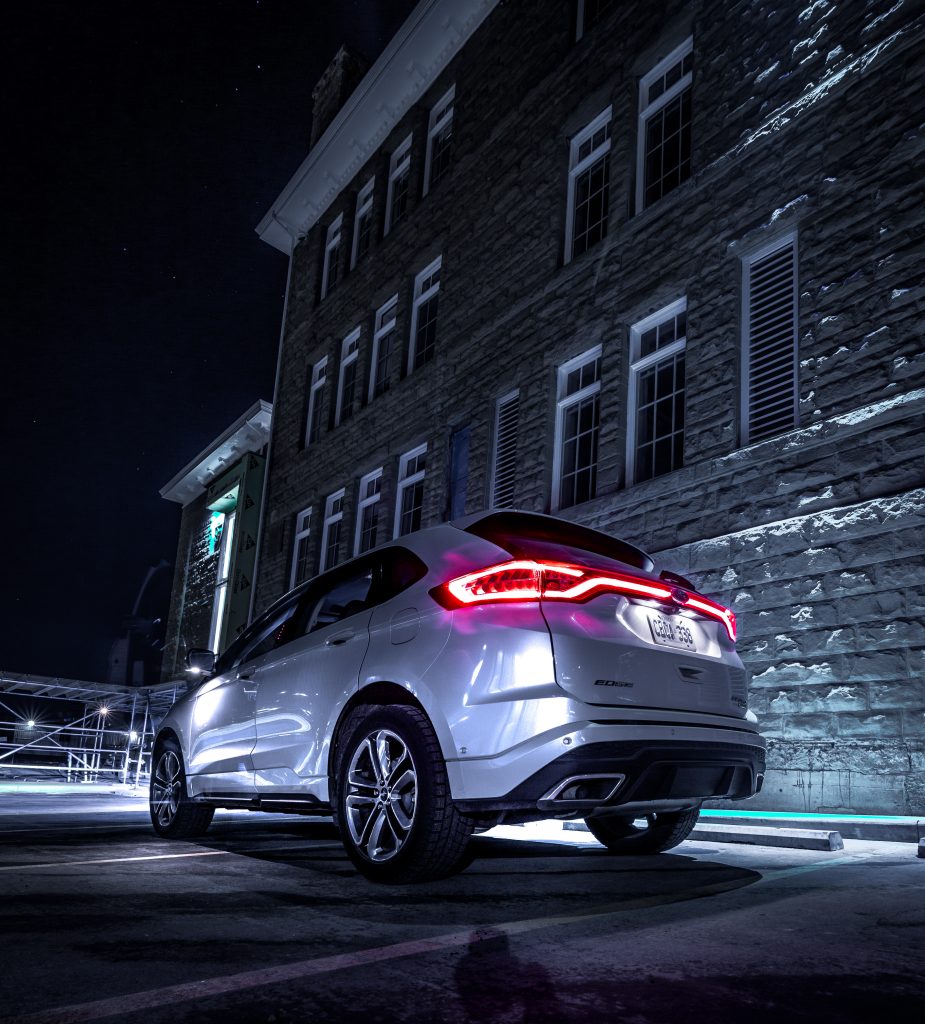 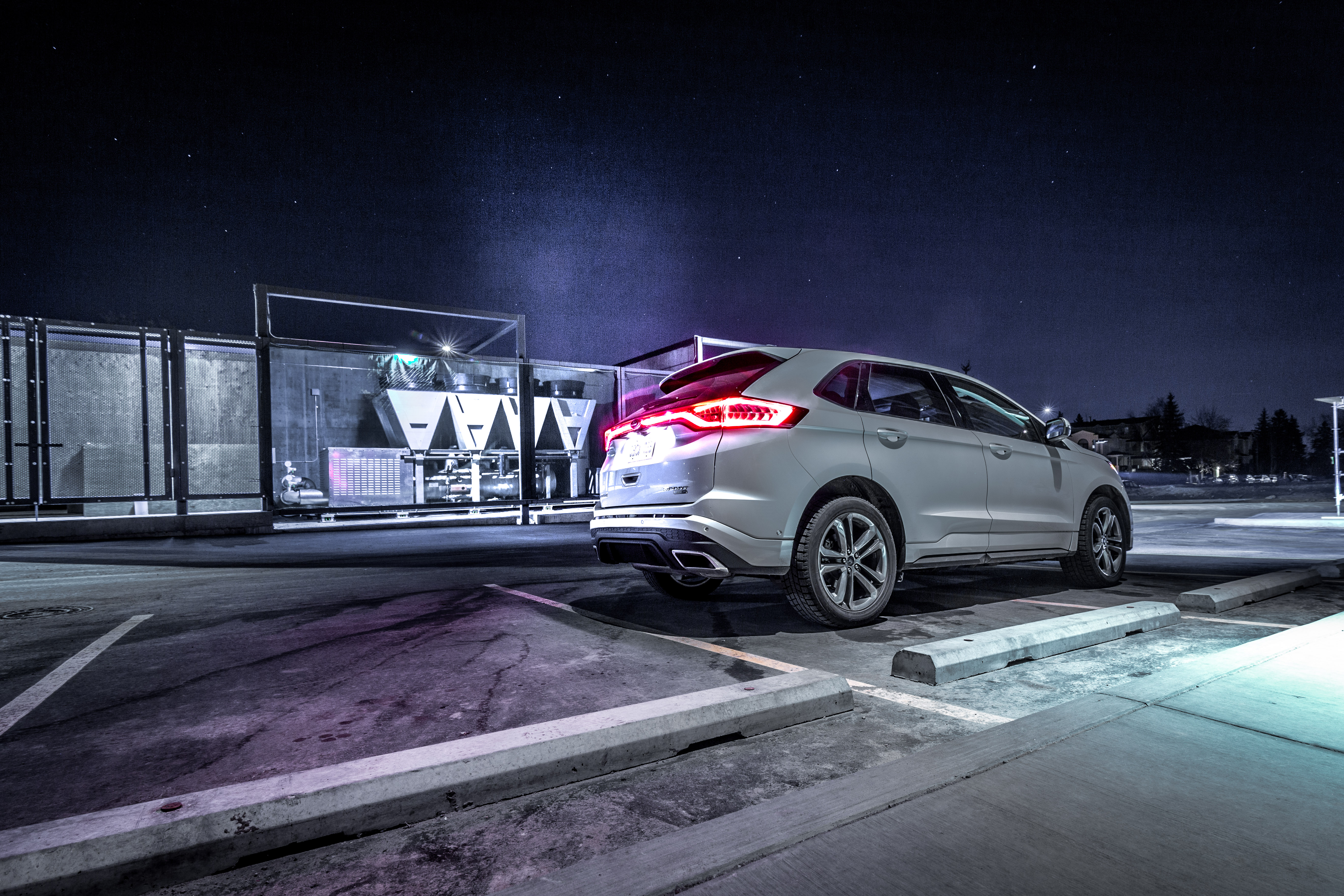 Under this SUV scenario we were given the opportunity to run aboot and shoot both Ford’s Edge and Escape. The Escape, smaller, cheaper and more crudely/cheaply finished, although one of the more familiar SUVs to the average Helen, can’t stand up to the Edge. 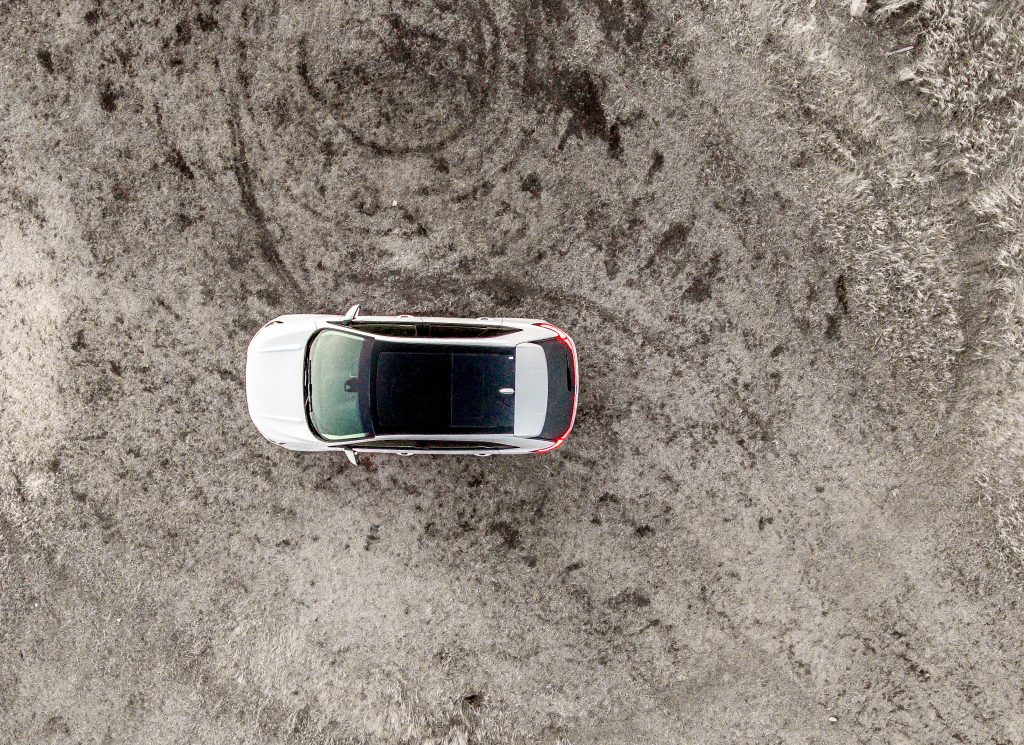 Ford Edge from the air

The Edge is a higher end product so comparing the two isn’t exactly a fair fight. While the base Escape S comes in at $24,349 CDN (Titanium $33,049) the Edge starts where the Escape leaves off at the $31,199 mark. Our tester, a brilliant arctic sparkly alpine meadow in February model were tricked out in Titanium format. Price starting at $38,000 CDN.

Stylistically the Edge beats most all in its category. Pushy, edgey angles and front bits. Aggressively stanced with a raked rear window treatment, the Edge has an edge over the blandability factor/sameness of most other Helen movers. 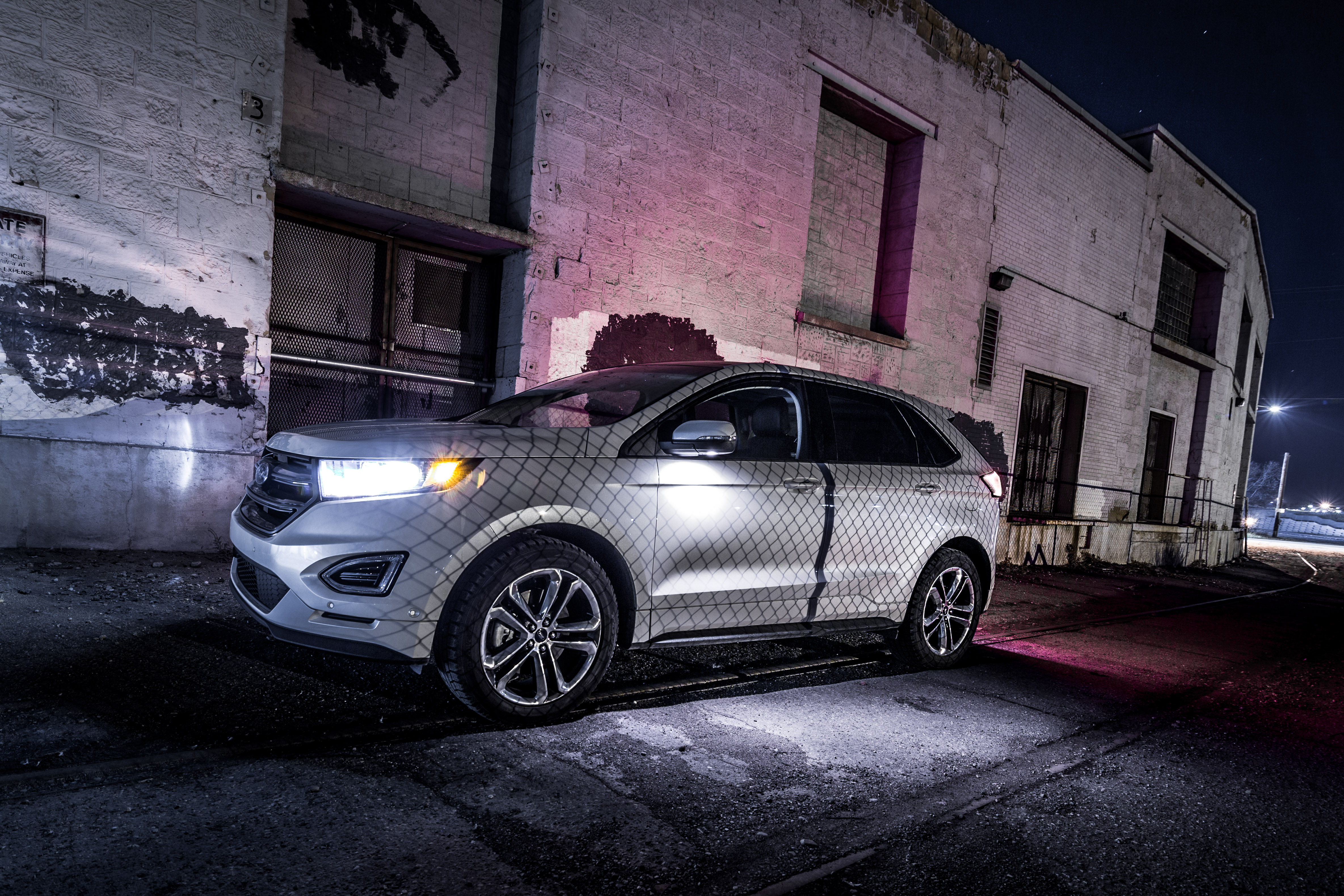 The Escape on the other hand, in my opinion, falls under the Japanese design narrative. Safe side profiles, predictable rear/roofline treatments and wheel arch treatments. The nose/grille/headlight treatment gets kudos for shaking things up a bit but overall the design fails to leave a lasting impression. 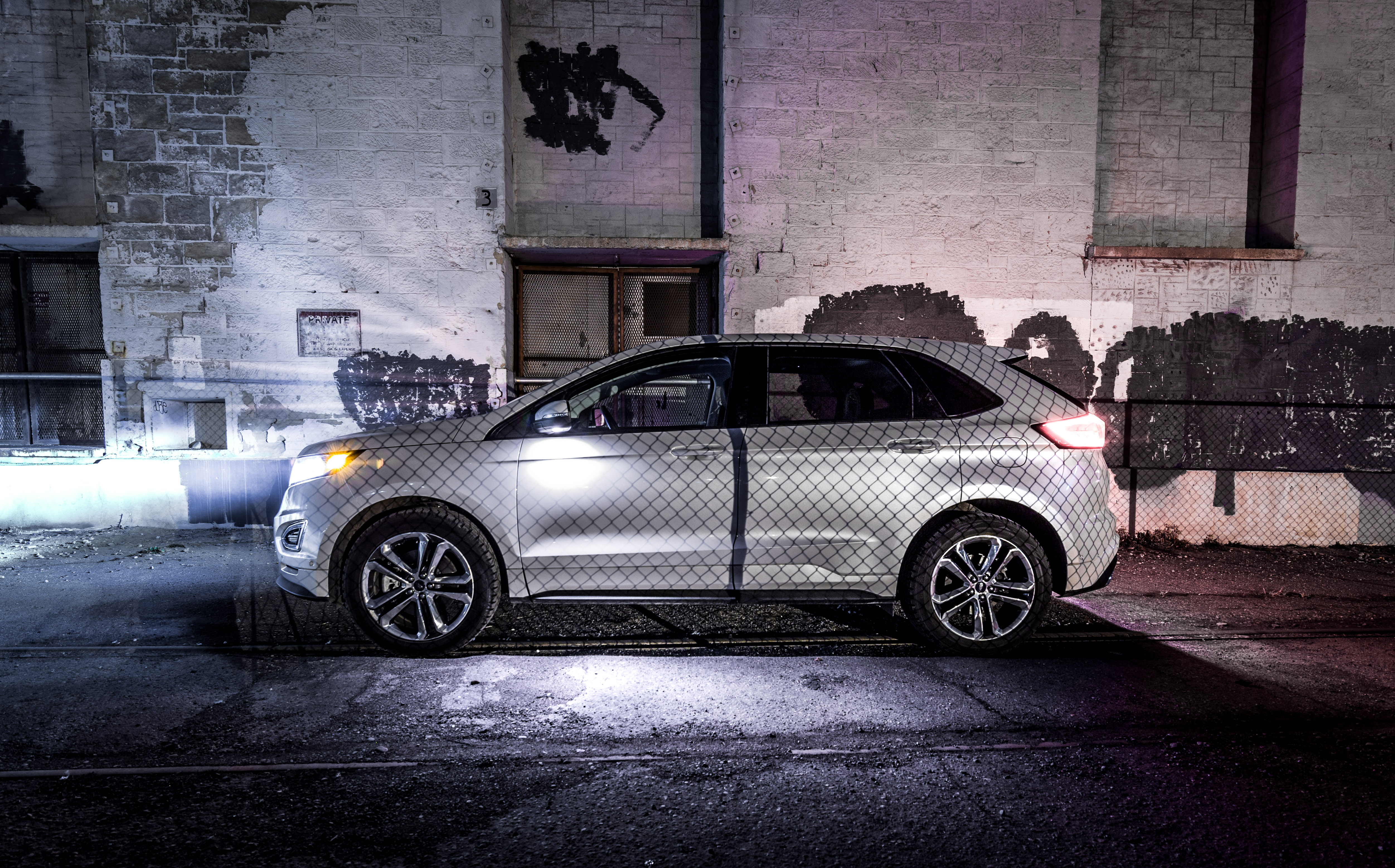 Inside the Edge wins over the Escape’s monotone finish with more soft surfaces, better seats, more room and an overall superior driving environment. Interior noise levels were more noticeable in the Escape as well thanks to the buzzy 245 hp 2.0L twin-scroll EcoBoost engine.

Normally I love Ford’s EcoBoosted product, but in the Escape it felt like it needed more. Against similar products, the suv’s 245 hp/275 ft.lb of torques does give it performance advantage. 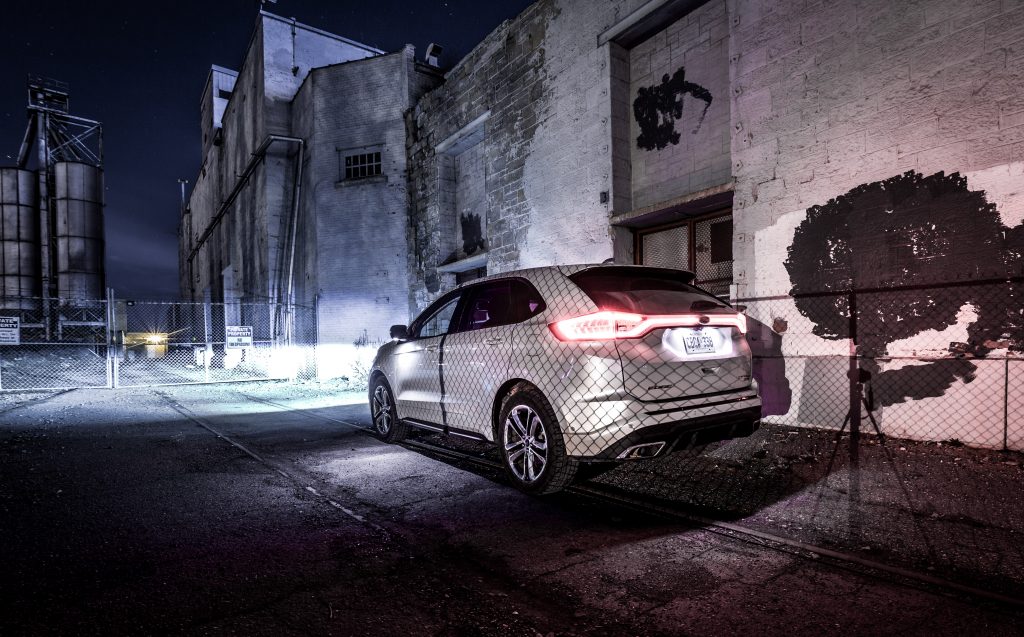 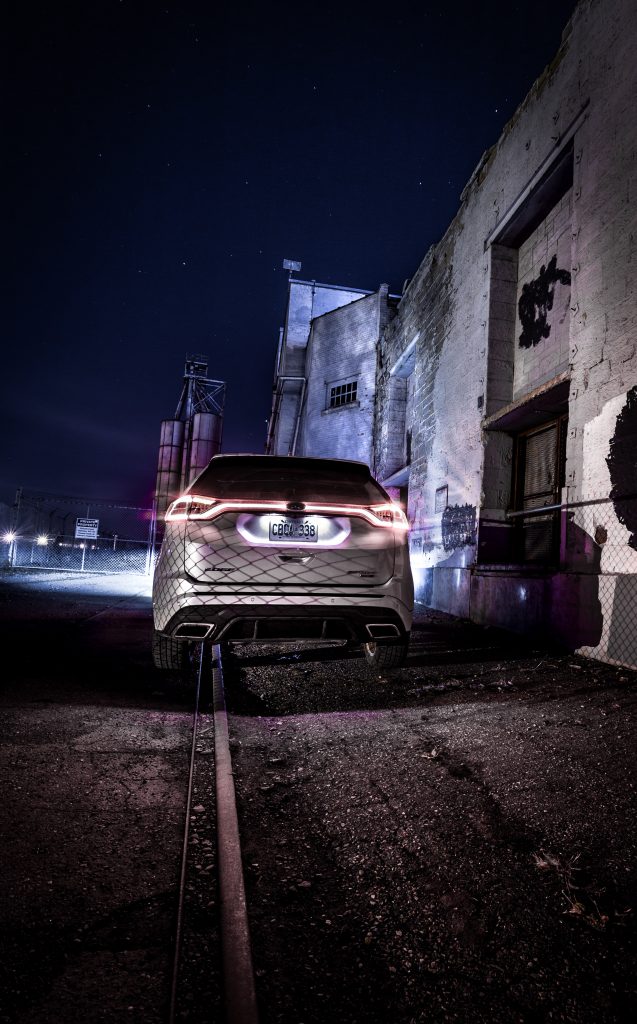 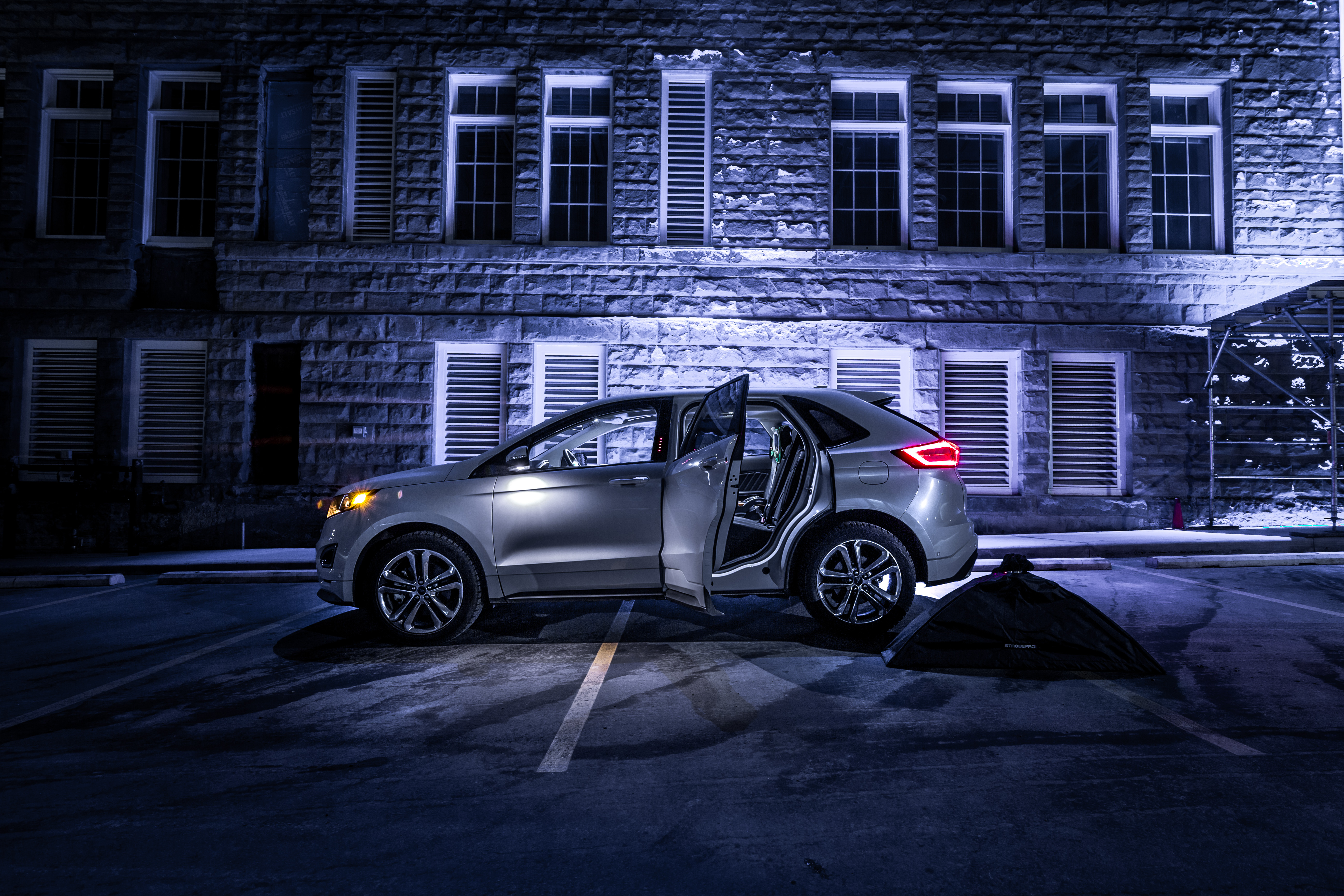 The Edge’s 2.7L twin-turbocharged V6 on the other hand gets the power figures right. HP saucey figures deliver 315 hp to the AWD system at 4,750 rpm. While this number provides ample oompah for your loompah, it’s the 350 ft.lb of torque at 2,750 rpm and direct multi-shot injection which provides the Edge its excellent low and mid-range power. 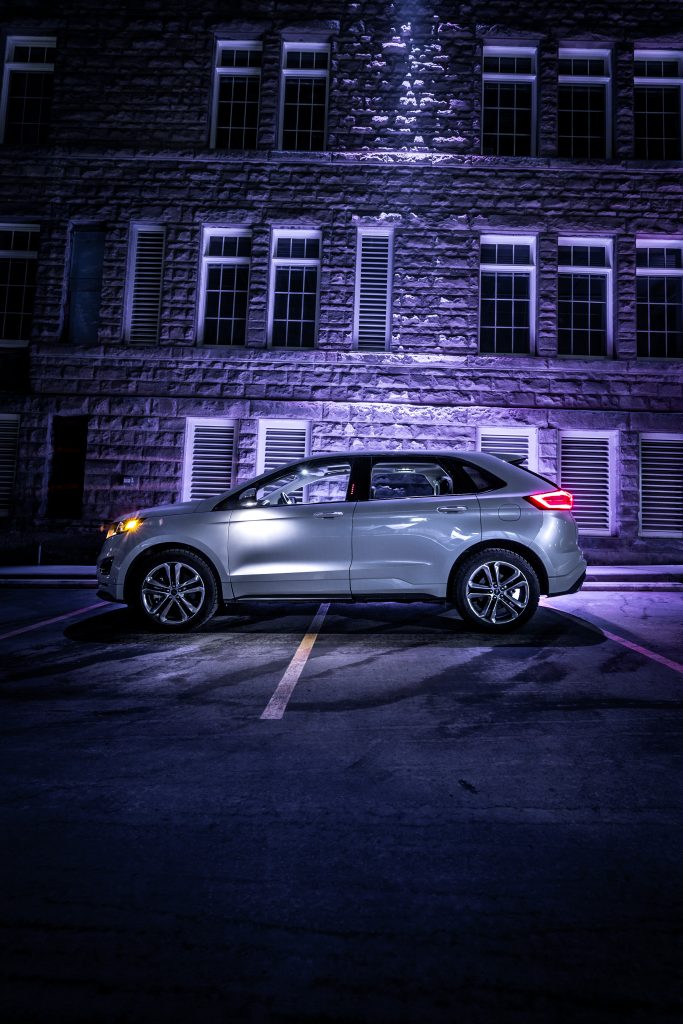 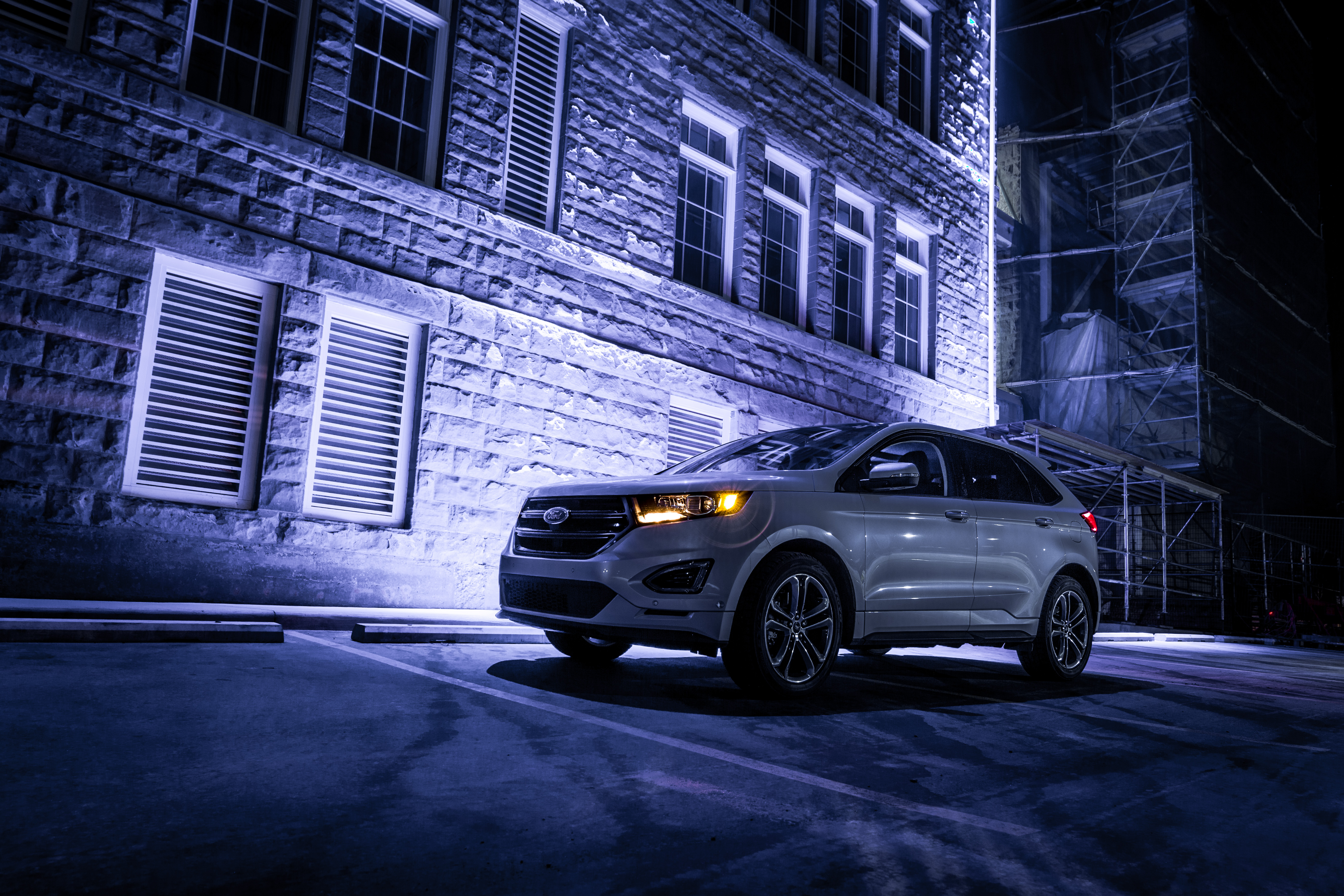 Exhaust notes off the Edge are also more akin to an edgier beasty, whereas the Escape’s aural notes weren’t so pleasing. Ride for both vehicles was good with the Edge pulling away with a firmer cornering stance and feel, better brake feel and tighter inputs. The Escape does its job without many surprises. 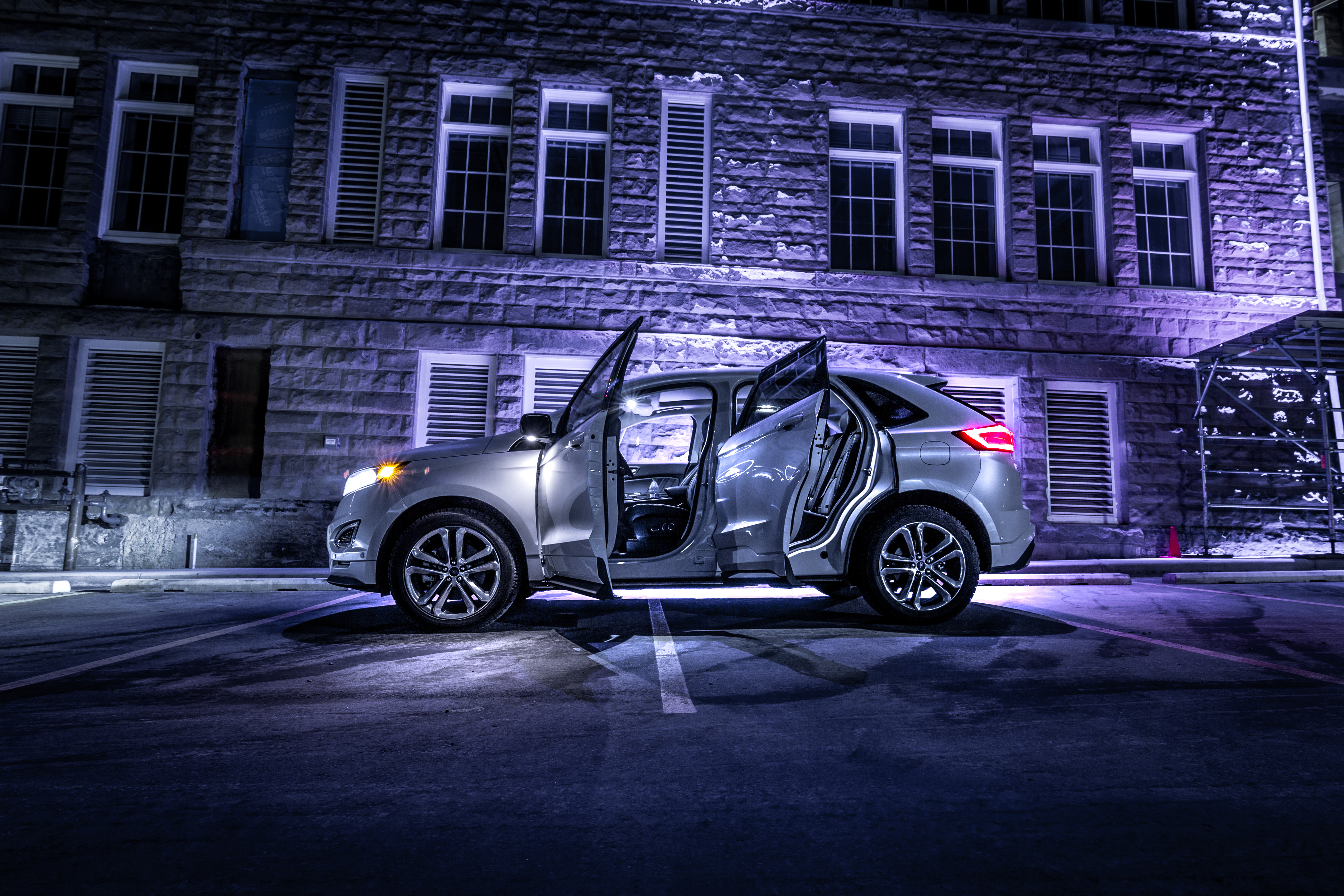 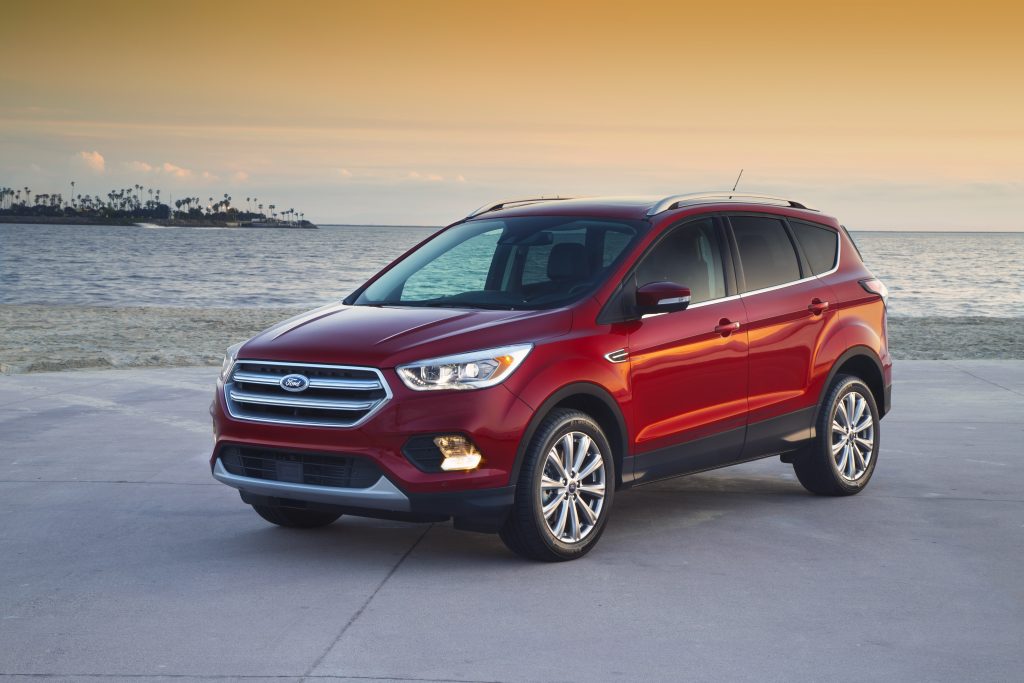 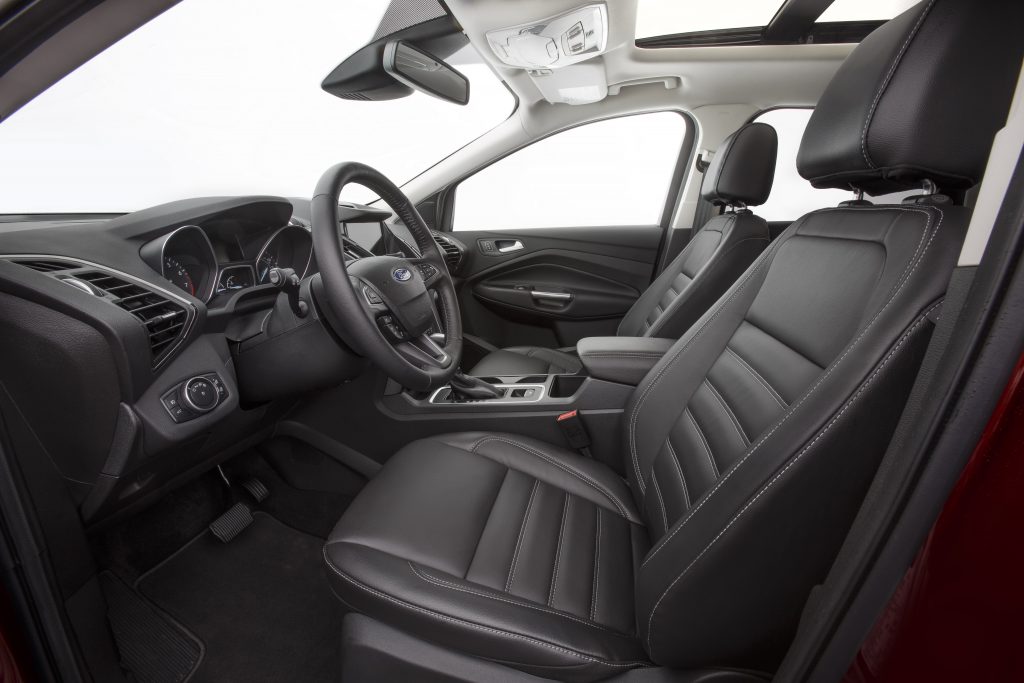 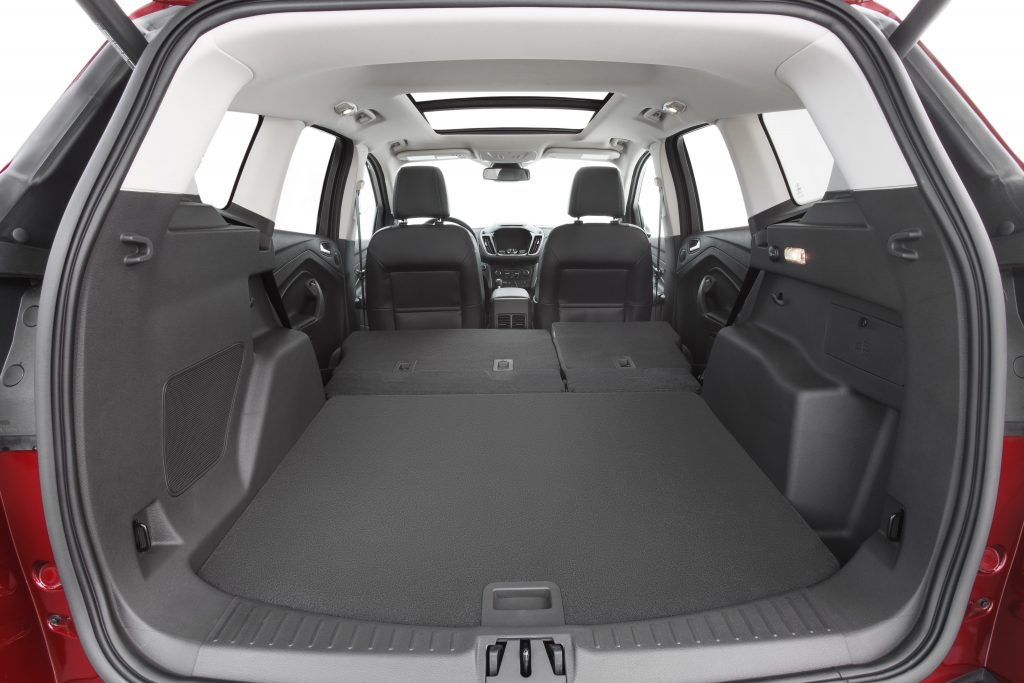 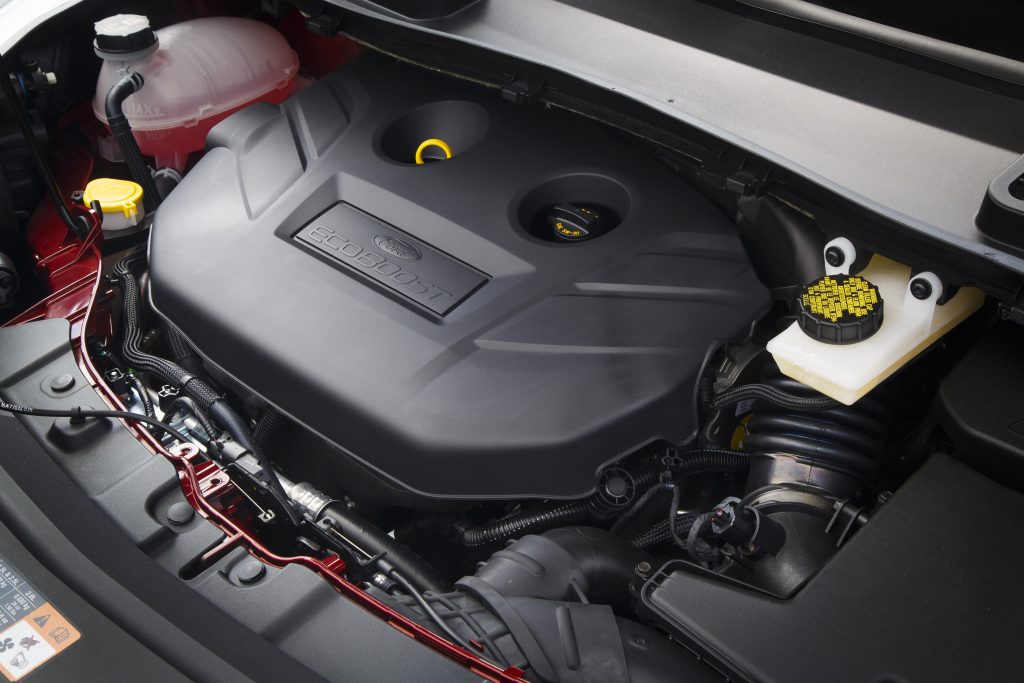 New Ford Escape is available with either of two EcoBoost® engines. image. Ford 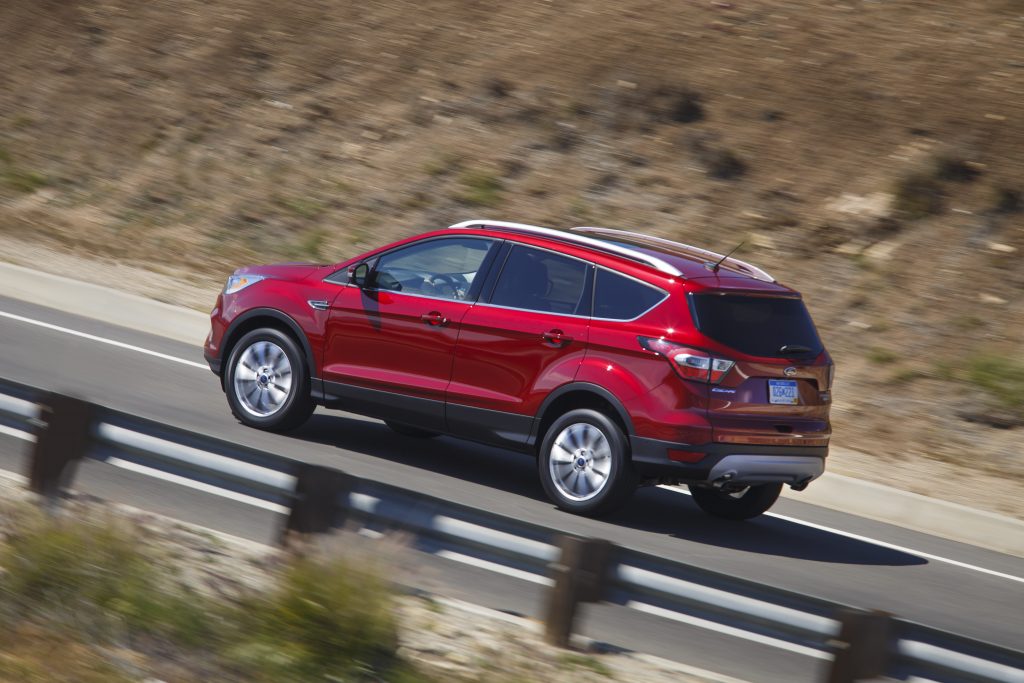 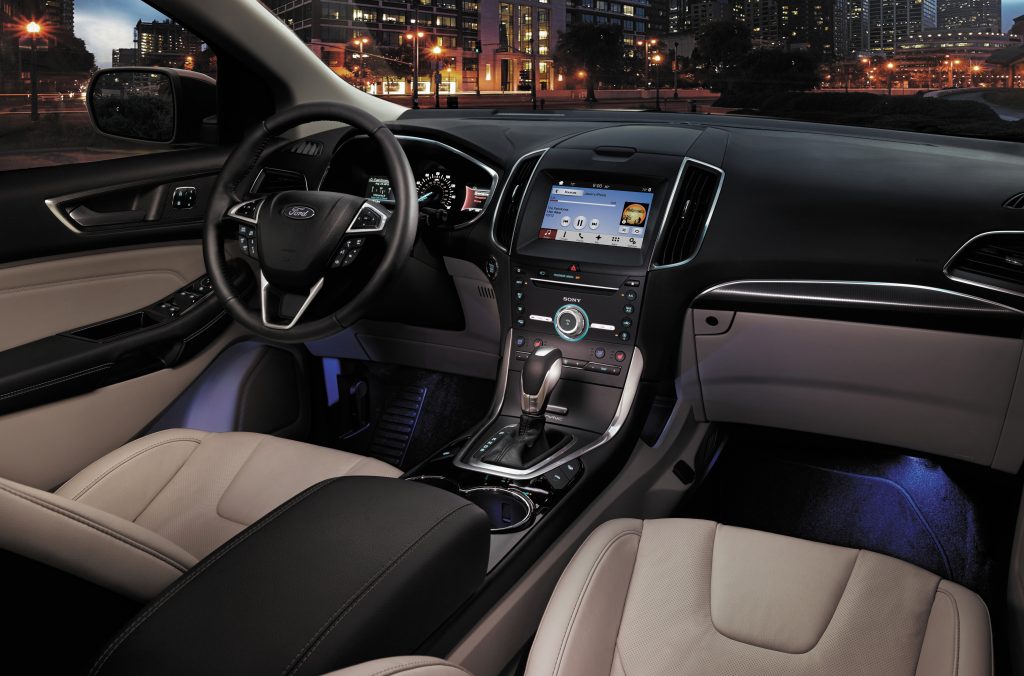 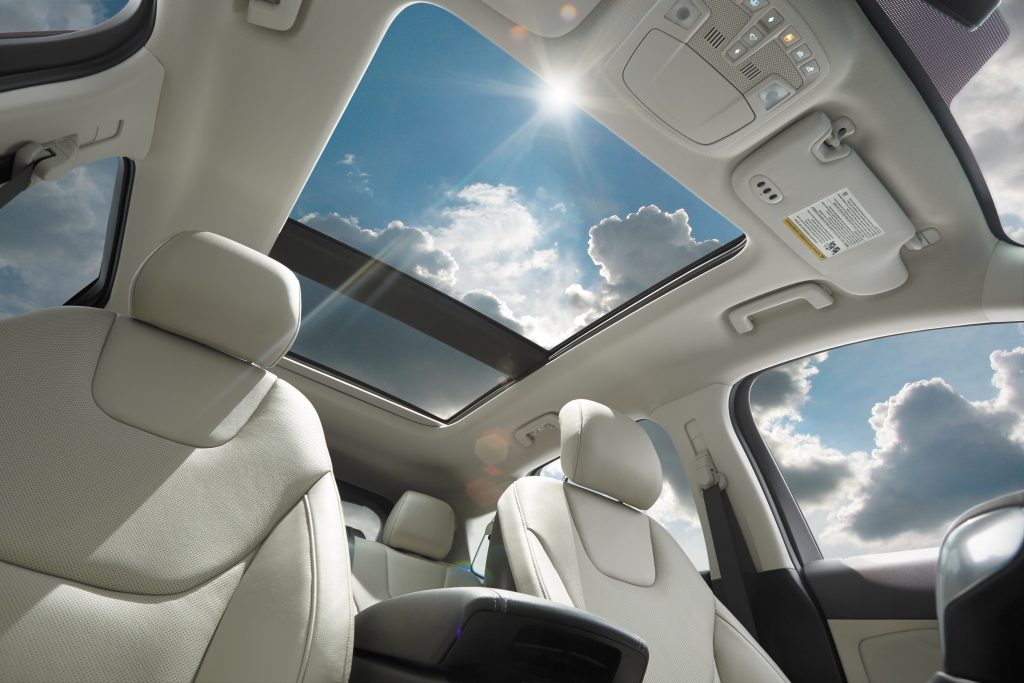