While the Pixies much coveted, much cloven hoofed hit may have nothing to do with a domestic turbocharged sedan, it does in fact rhyme perfectly with Malibu. So from this point forward, Carbiou shall now and forever be the Malibu’s road-trip anthem. Enjoy the anthem while you enjoy my 6-Guinness review.

Driving Chevy’s 2016 Malibu is like the old Malibu except prettier and quicker. I had the chance to drive before the Great Rains of 2016 and here’s what I thought in words and Kodaks.
According to Chevy the 2016 Premier Edition sports the following;

The teen driver stat monitor will be the bane of all tween’s existence, however the 300 lb weight loss and restyled arse end should more than make up for it on prom night.

Running a compression ratio of 9.5-1, the Malibu 2.0 Turbo not only produces more power than the 1.5L and 1.8L variants (no surprise there) but it does so lower in the power band. At 5300 rpm Mr. Malibu produces 250 hp and 266 footling pounds of torque at 1700 rpm. Compared to the 2015 Malibu which put out 259 hp and 295 lb.ft  of torque, the current model should be slower. But thanks to that 300 lb fat loss, it not only feels faster earlier in the rev cycle but more ambitious and motivated throughout the power band. 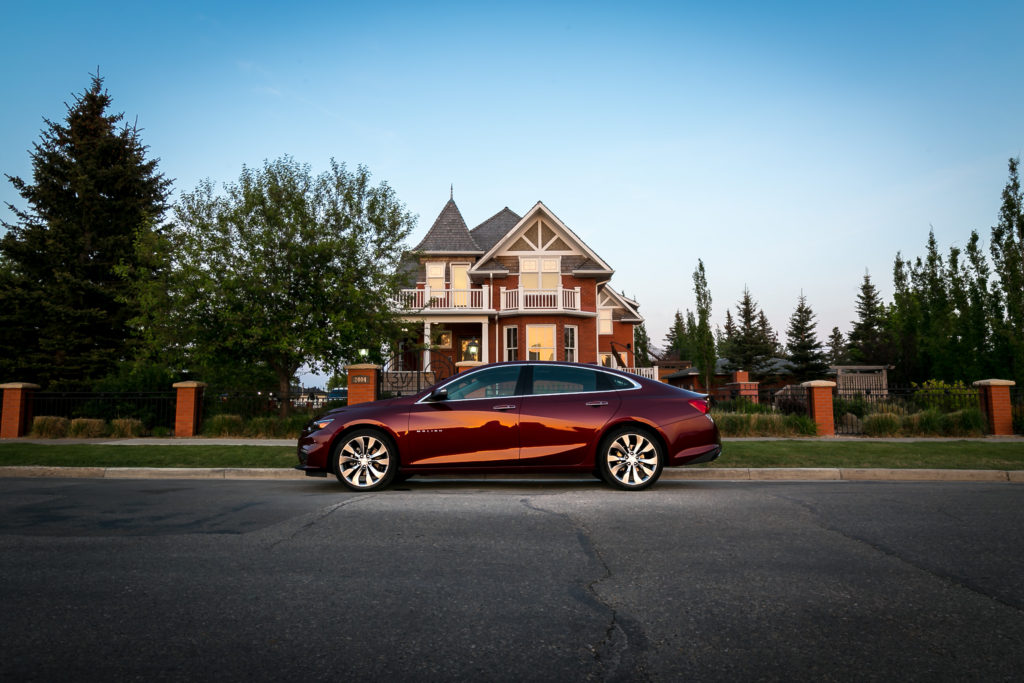 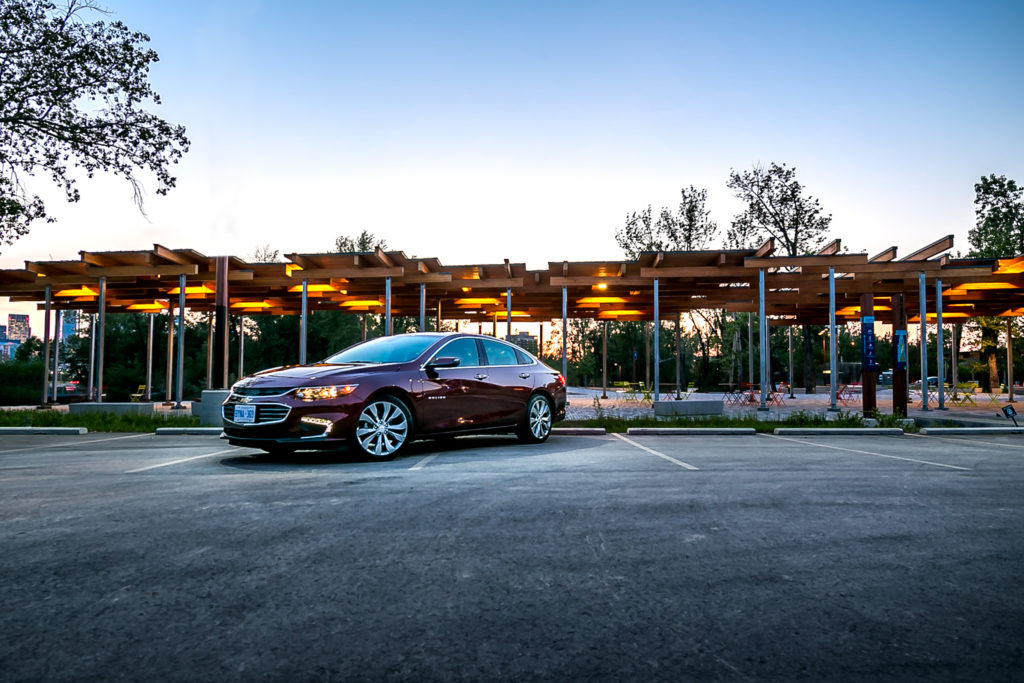 Some of the 2016’s newfound quickness also goes to the gearing in the new AWF8F45 8-speed automatic. With a ratio of 5.25:1 in first gear and an even gearing of 1:1 in sixth gear as compared to the 1.5L model. means that the wee gearheads in the basement went and did their homework on proper gearbox matchings. Power to the front wheels gets there quick and does so in a right orderly fashion.

Suspensionally speaking, the setup is good but I’d like to see dampers and aunty-sway bars beefed up given the car’s more aggressive and quicker demeanour. But for most daily driving occasions, the new Malibu should put many smiles on happy buying customer’s happy faces. 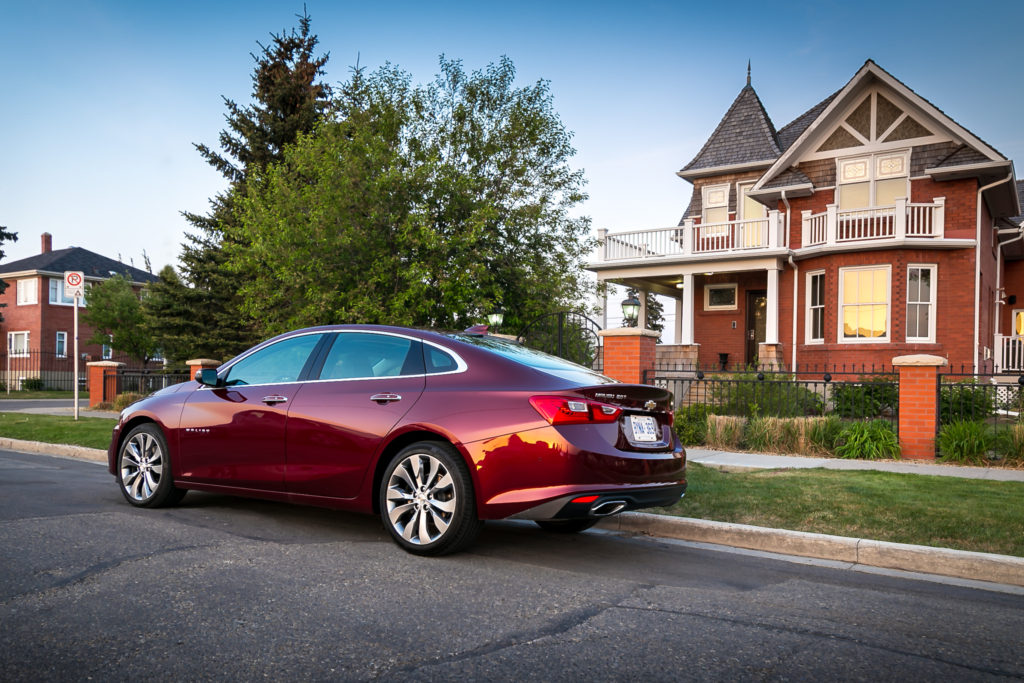 C-pillar rakes all the way back to the rear spoiler, borrowing design cues from Tesla and Audi (photo. angus mackenzie)

Interior accoutrement is on par if not better than last year’s car. Seats keep you seated, comfortably. AC keeps you cool and the stereo pumps out the jam like nobody’s jelly.

But where the 2016 absolutely trumps/drumpfs its 2015 counterpart is in the styling department. Taking obvious styling cues from a certain Audi, Chevy has taken the roofline and dragged its finishing point to just before the tiny lip of a spoiler. This not only gets rid of the bulgy butt previously assigned to the 2015 but it also lengthens out the car’s proportions. Whereas the 2015 was more obvious and masculine in its design, the 2016 comes off as more Oooropean. Lines are smoother and cleaner. The nose is less in your face and the side treatments are less Camaro, and more Mercedes. 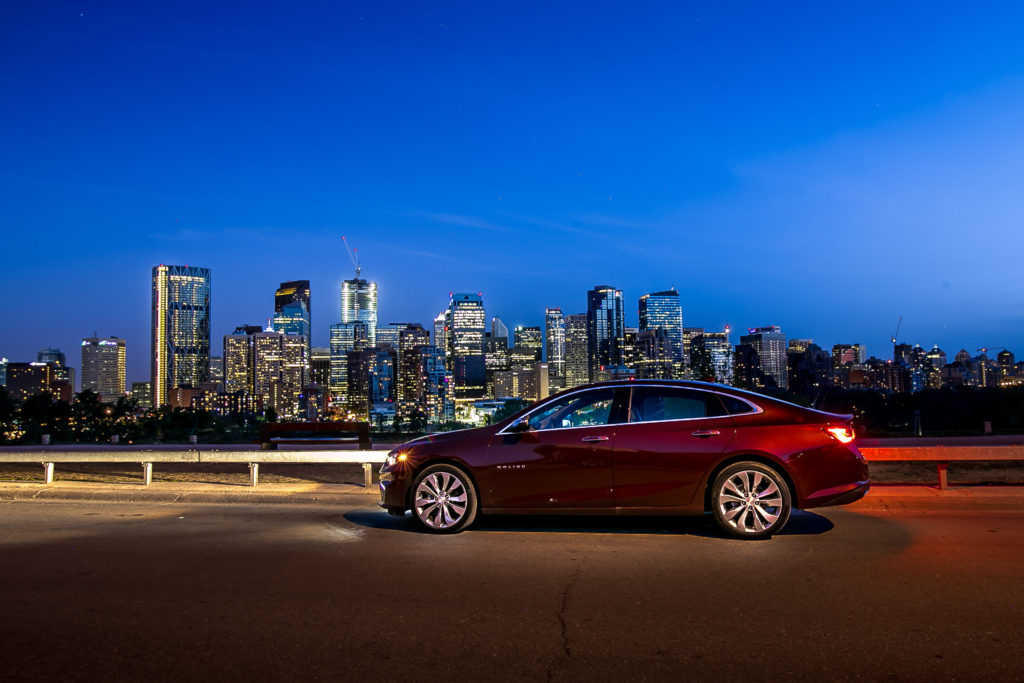 Driving the car is/was a good thing. By good I mean steering feel was engaged. Brakes felt good across the range. Ride and interior noise levels were excellent. So as I said, good all over the place.

Overall, Chevy has themselves a mid-sized winner of  a domestic saloon on their hands in the 2016 2.0T Malibu.

According to the website, prices for a nicely tricked out 2016 Malibu with right proper floor mats, 19″ wheels, paint, windows, will set your Scotiabank Scene Card back roughly $34,000 CDN…or $21,845 for the base model. All in all, a decent price for a car that has the legs and stylistic intent to back up a solid driving experience. 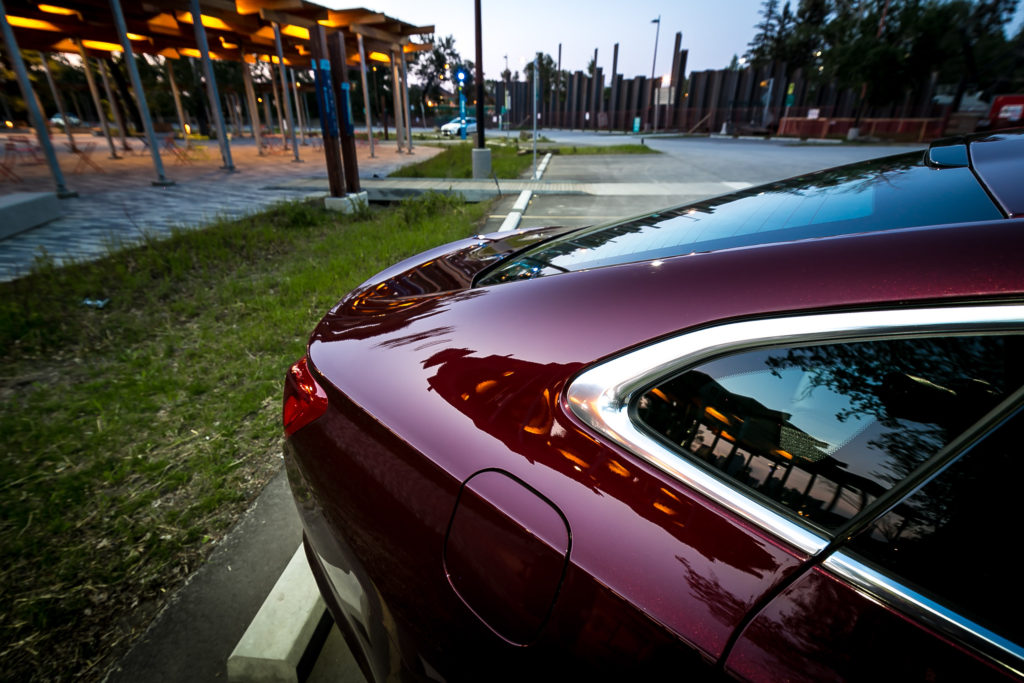 Who needs a bulging bedonkadonk trunk when you can have this (photo. angus mackenzie) 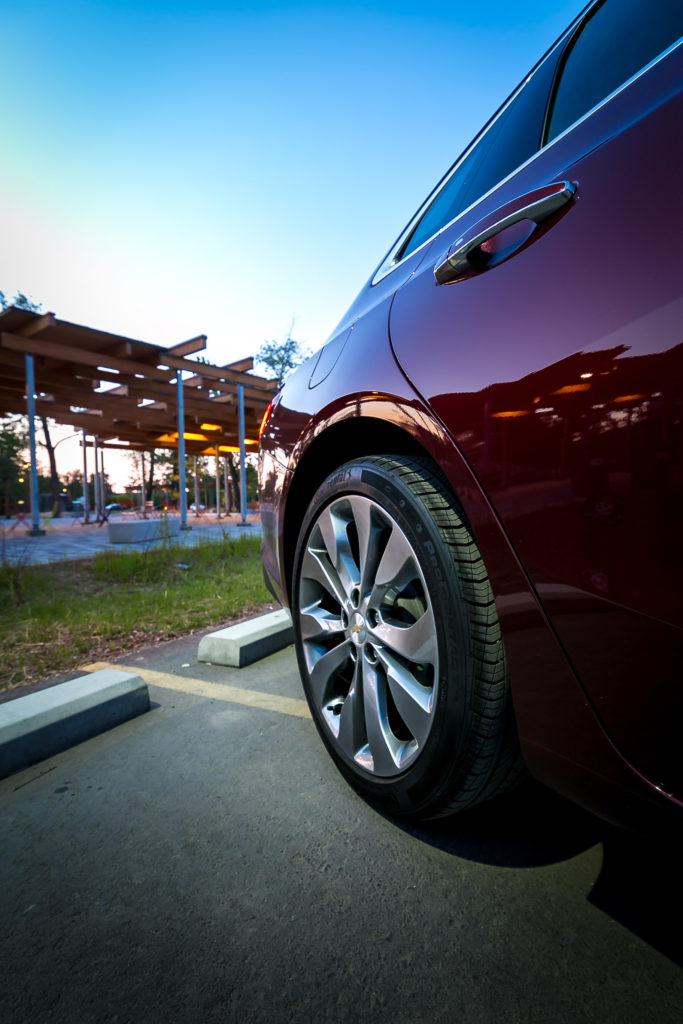