Standing taller than most bus shelters and near as big as the vehicles that frequent them, Nissan’s mass of a truck, the 2016 Titan XD turbo-diesel isn’t just big, it’s JEZUZ KRYSTE big. Our tester for a week, a bronze behemoth of a thing, surprised us at not only its obvious massing but also how easy it was to drive.

Running a new 310 hp/555 ft.lb. torque Cummins 5.0L V8 turbo-diesel the new 2016 TITAN XD is available in five grade levels; the S, SV, SL, Platinum Reserve and the PRO-4X model. All models run the same 6-speed gearbox designed to move the truck’s big frame about and the pulling of the ocean liners. 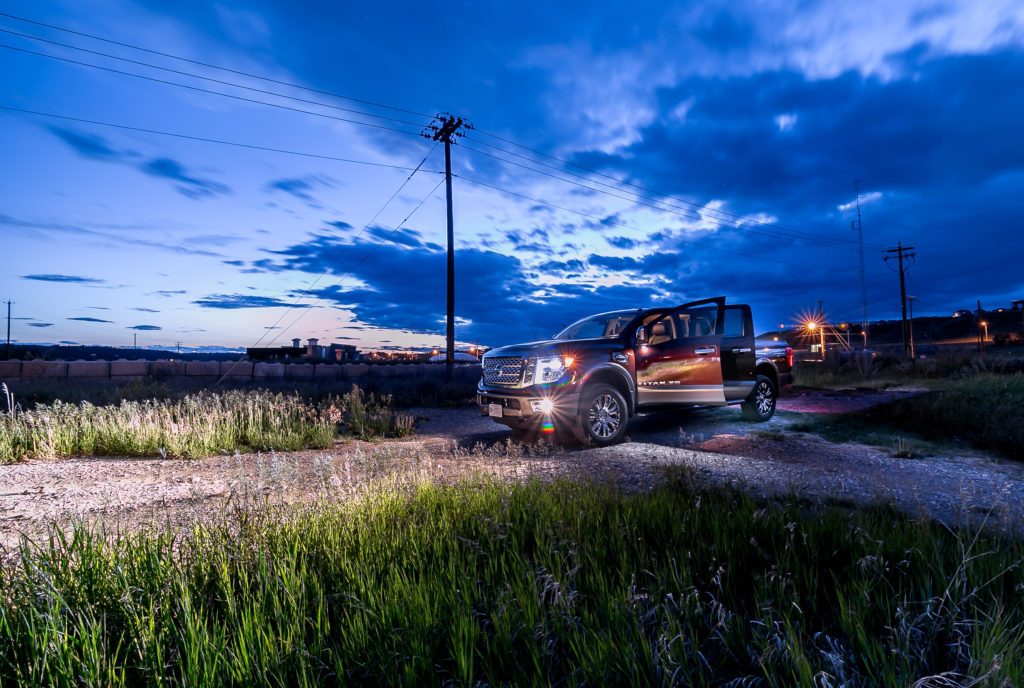 Driving Impressions
For a truck of such massive size and dimensions it actually handled extremely well on both rougher back roads than expected. Blame Nissan’s suspension nerds for the win on this one. Seating position puts you above the clouds so visibility was never an issue.

It’s a truck so it was no surprise to find it rode like a truck, drove like a truck and parked in the driveway like a truck. Acceleration from a standing start was as expected whereas power at mid-range in the Cummin’s sweet spot proved quite capable. That it weighs a scale-busting 7500 lb (3400 kg) maybe doesn’t help it on the skidpad, or at the pumps. Mileage, even with the diesel, ended up being similar to that of a gas engined model. 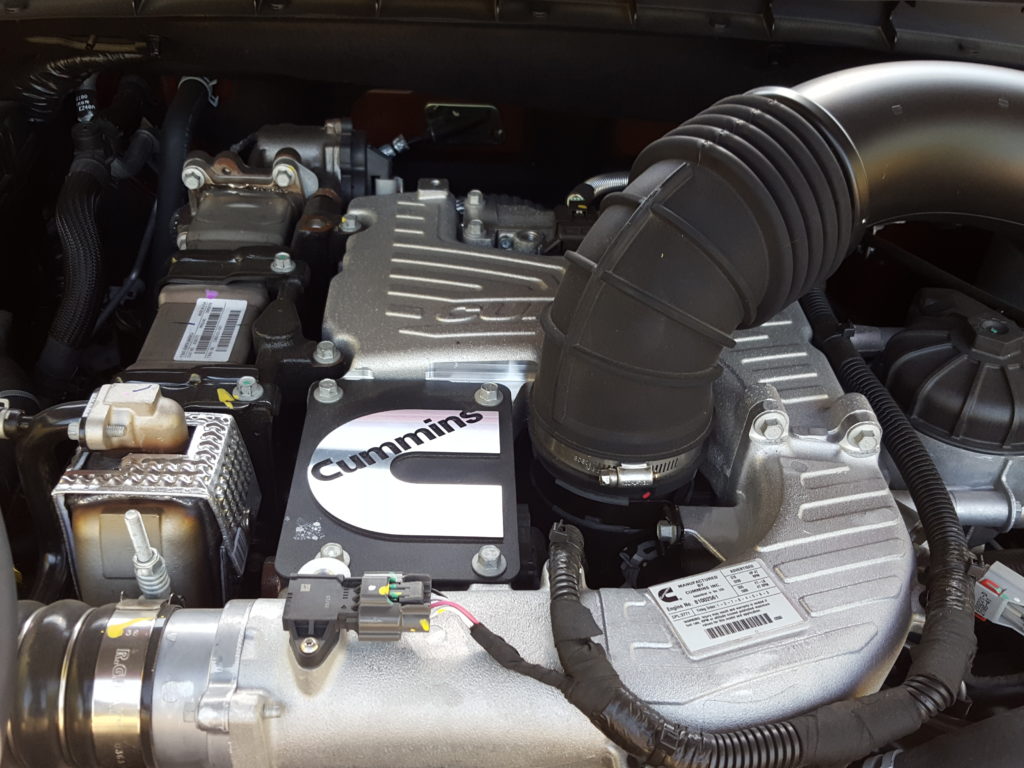 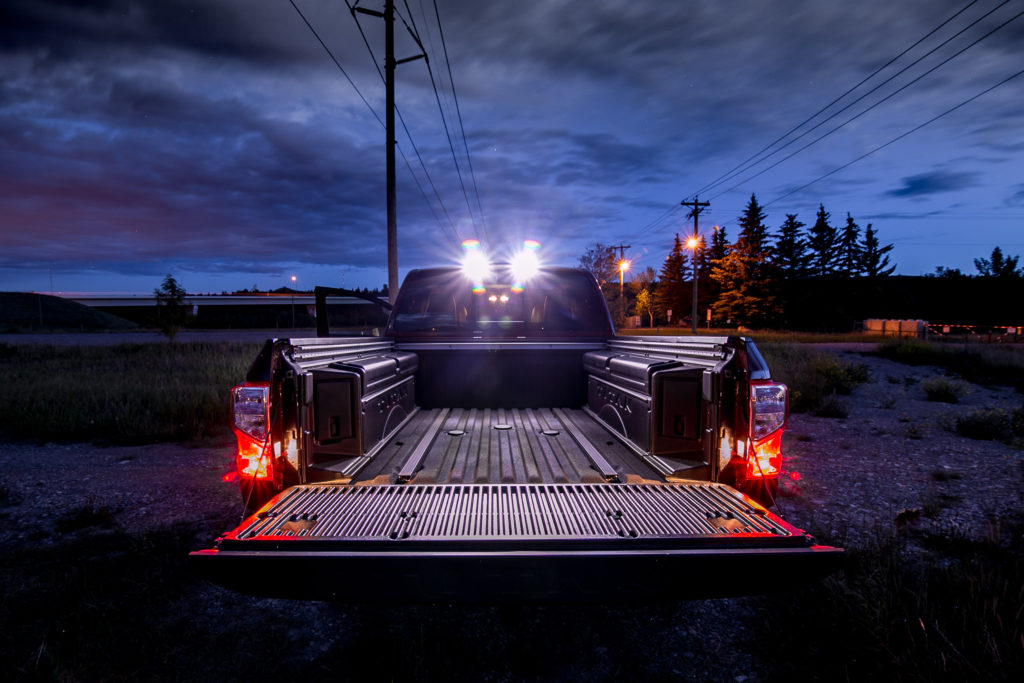 The tank-like architecture and torques of the Titan does however translate into some quality Crossfit numbers. Capable of towing over 12,000 lb (5400 kg) the Cummins diesel Titan can also deliver payloads of over 2,000 lb (907 kg). 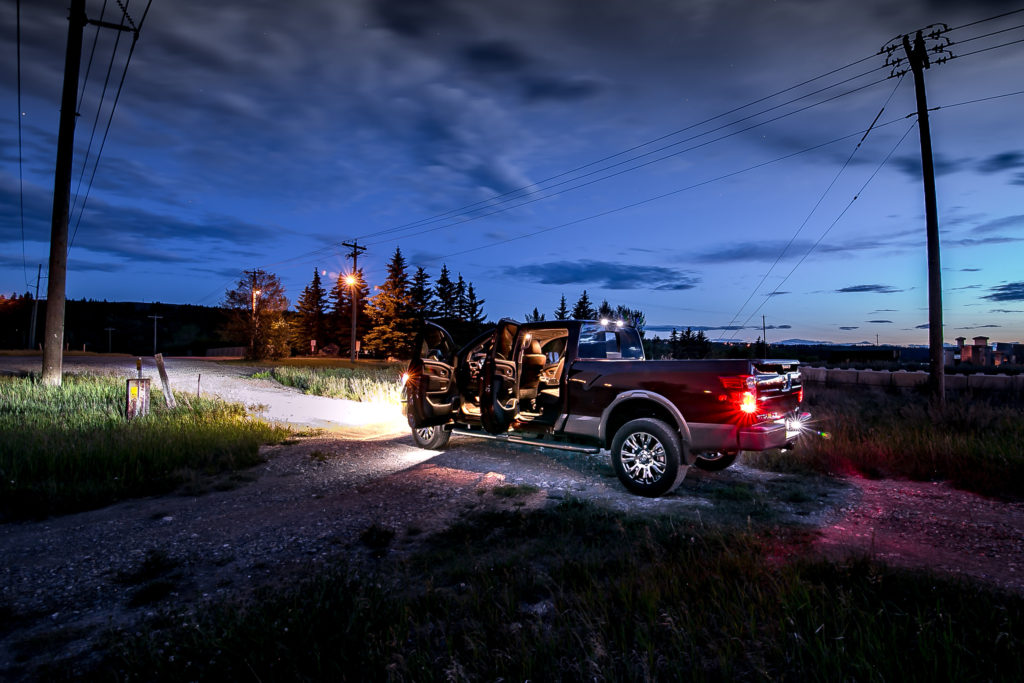 Top of the line Titan XD tester, the Platinum Reserve model, will set you back $74,000 CDN

The V8 5.6 liter gas engine by comparison is good for 390 hp and a measly 401 ft.lb. of torque. Still respectable twisty numbers but not near the power of the new Cummin’s diesel. But hey, don’t listen to me about pulling power, listen to Graham Kozak, associate editor over at AutoWeek. Turns out Graham managed to pull a boat or two during his time with the Titan XD. Here are his pulling impressions after running the Titan about under real world conditions.

On top of the five grade levels, buyers can further tailor out their Titan with a choice of three cab configurations, two frame sizes and three powertrains. 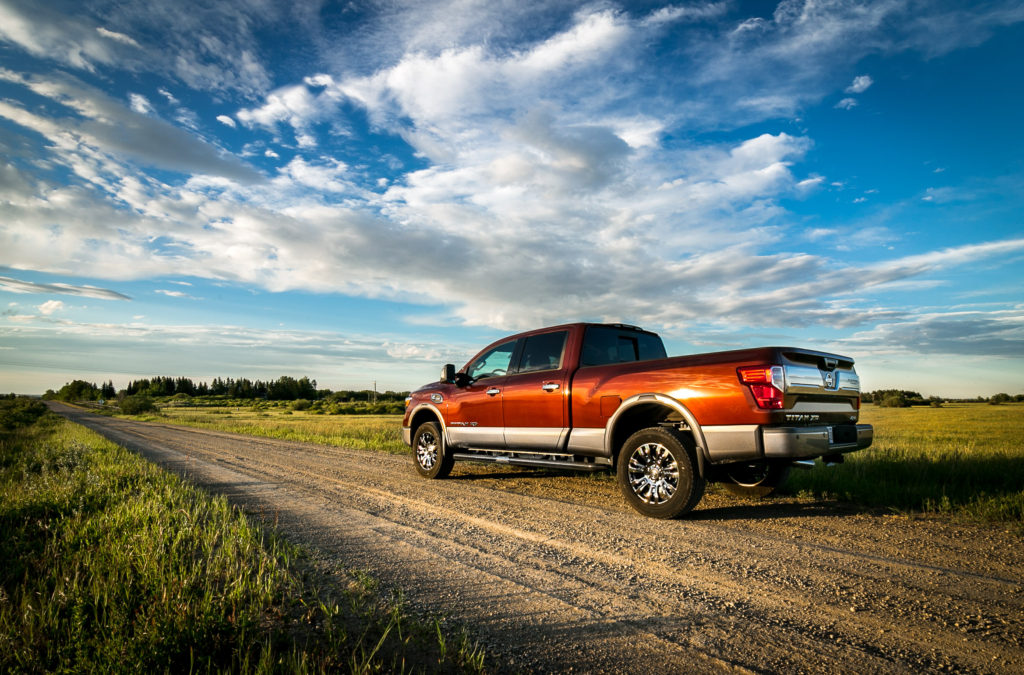 Our vehicle, a $73,900CAD Platinum Reserve model in photogenic bronze colouring, came loaded with all those bells and whistling bits. Instead of going into each and every feature addition, why don’t I let the good people at Nissan outline the available tech list.

From the press piece; the TITAN XD’s list of available technologies include; an Integrated Trailer Brake Controller, Trailer Sway Control (TSC), Tow/Haul Mode with Downhill Speed Control and a Trailer Light Check system that allows one-person hook-up operation – including checking turn signals, brake lights and running/clearance lights. Assisting trailer hook-ups is a RearView Monitor with Trailer Guides. TITAN XD also offers an available Around View® Monitor (AVM), which provides a unique “bird’s eye” view of the surrounding area to help with parking and pulling in and out of tight spaces. The system includes Moving Object Detection (MOD). Two trailer hitches are available, including an integrated gooseneck hitch engineered into the frame and easily accessible in the bed.

Starting price for the base version runs CDN$52,400 for the S version. The fully pimped out Platinum Reserve model will set you back a mere CDN$73,900.