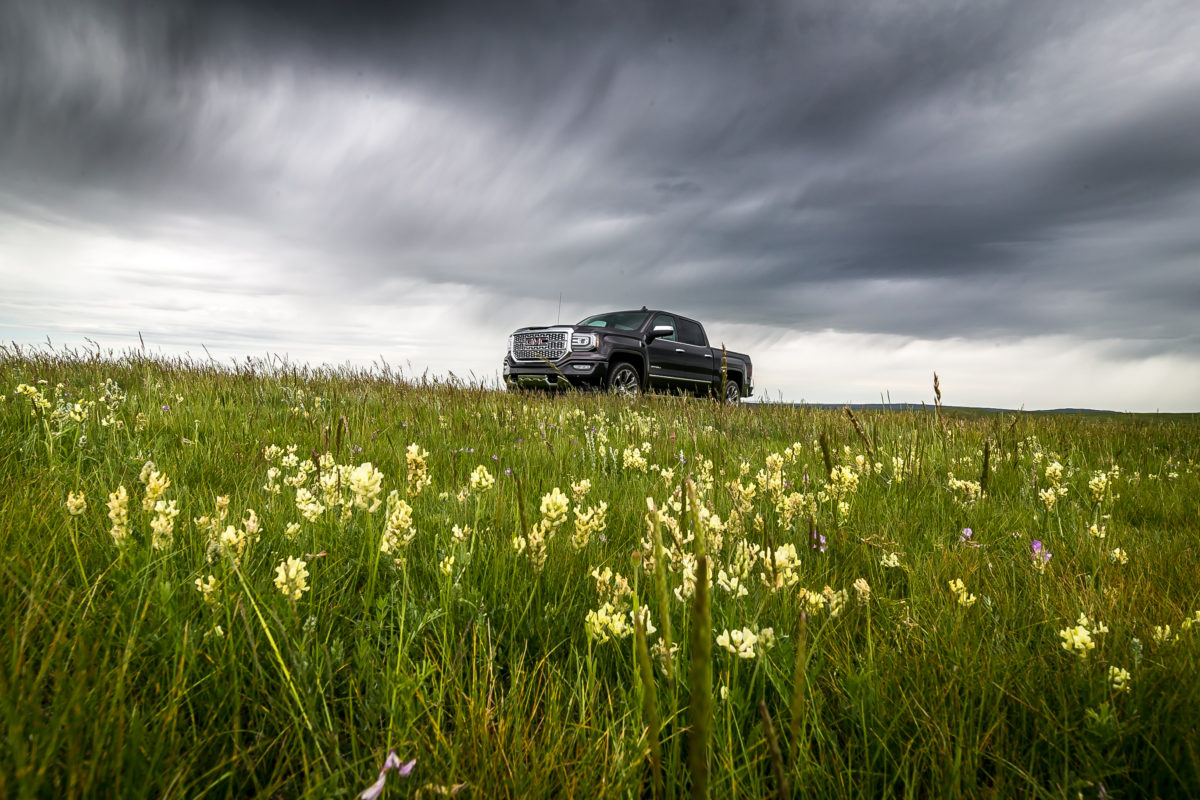 One wouldn’t call  a truck handsome in most cases. Words like utilitarian, manly, boxy, huge, truckster-esque, adequate get thrown about, but handsome rarely makes the grade. After driving GMC’s 2016 Sierra Denali about Alberta’s southern places, I feel it does indeed deserve the handsome moniker.

Sporting 5.35 m tall side paneling the Denali, with its punched/bevelled/embossed wheel arches, the 1500 Series truckster stands confident in the ElkWater Lodge parking lot. With the help of a direct injected, 6.2L EcoTec3 V8 gas engine, the $65,000 CDN hauler had no problem with the 3 hour run from Calgary to Medicine Hat. Transferring power to the road via a nicely geared 8-speed autobox, the responsive V8 brings 420 horsepower & 460 lb.ft. of torque to the table when needed. GMC’s proven 4-wheel drive arrangement meant no getting stuck in the Great Sandhills sandy roadways.

Brakes on the Denali proved excellent in the city but gave up a bit too much distance from higher speeds. The suspensional bits were nicely dialed in for most highway and city outings. Washboard roads leading from Elkwater/Cypress Hills to Maple Creek, Saskatchewan did put the suspension setup to the test. Given the firm setup for load carrying, giggity washboard negotiations weren’t unexpected. Always a trade off these things.

Inside the 2016 Denali its more urban comfort than work-truck minimalism. Seating performance after 3 hours was commendable, as were the many techy bits, seat coolers and audio components. Noise levels from road and wind were surprisingly low for such a flat-faced truck of a thing. Ride height obviously takes away some F1 cornering abilities, but considering the size/weight, etc, the Denali delivered a positive truck-going experience.

Rear seats deliver more than enough room and support to keep guests friendly for longer trips. And when it comes to hauling crap, the 1500 Series Denali can load up 1,727.33 litres of the stuff. At a tick over 6.0 metres in length, the Denali barely fit in the driveway, with just a hint of its arse poking onto the sidewalk.

Our trip this past July took us from Calgary to Medicine Hat, down to Cypress Hills, over to the Red Rock Coulee through Hutterite country to Maple Creek, Saskatchewan; and then another 180km up to the Great Sandhills. All told, the handsome black Denali of the Sierra name, performed remarkably well over a mixed and diverse range of road surfaces and terrains. 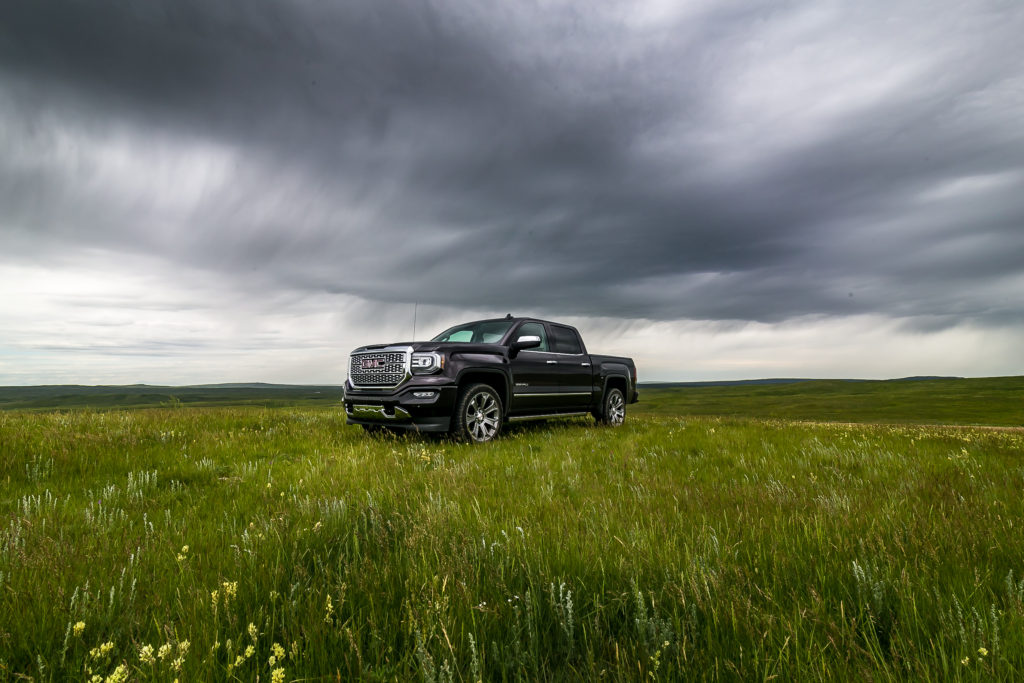 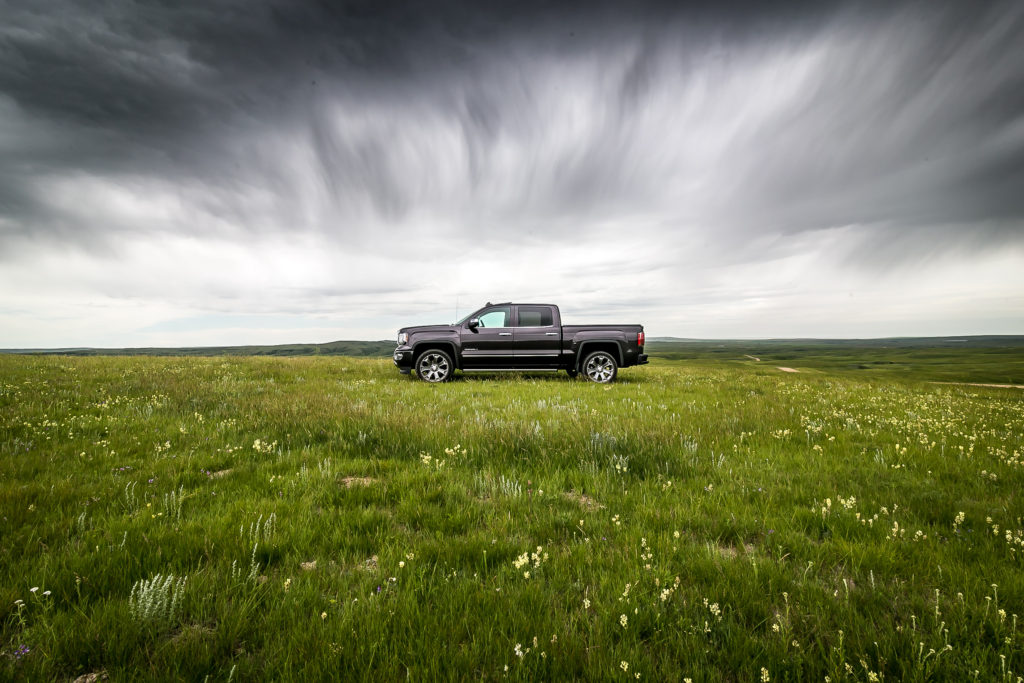 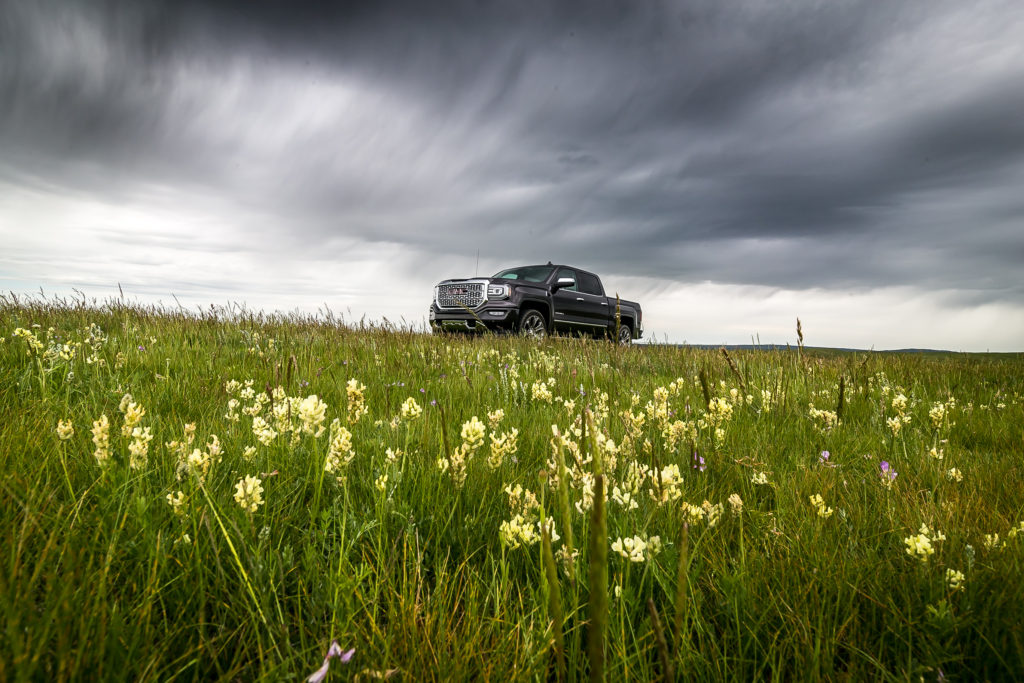 Overlooking Alberta’s great southwest, the Denali can pull up to 11,700 lb w a maximum payload of 1660 lb 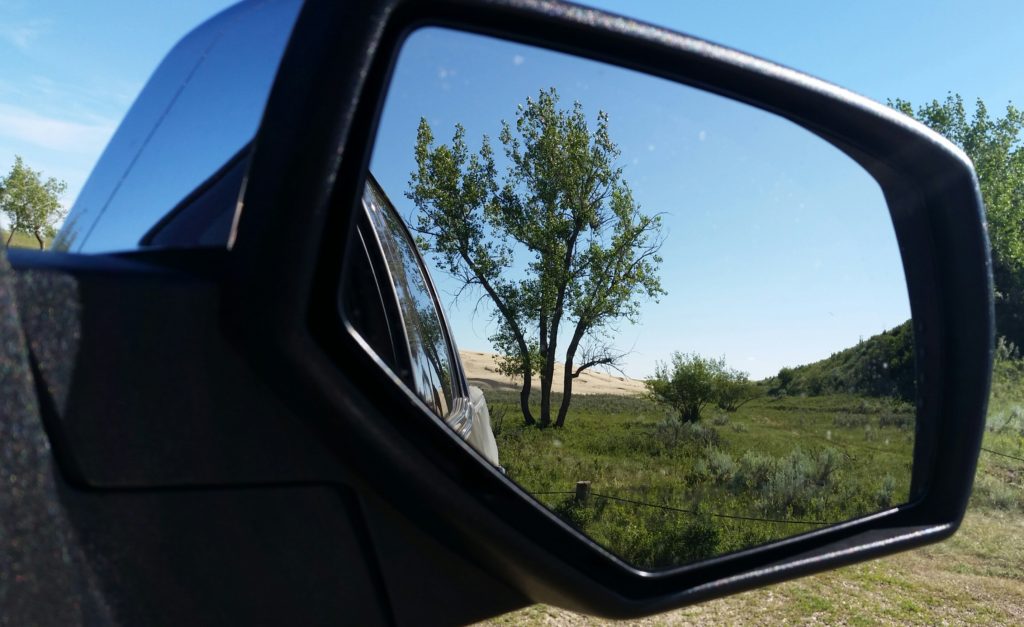 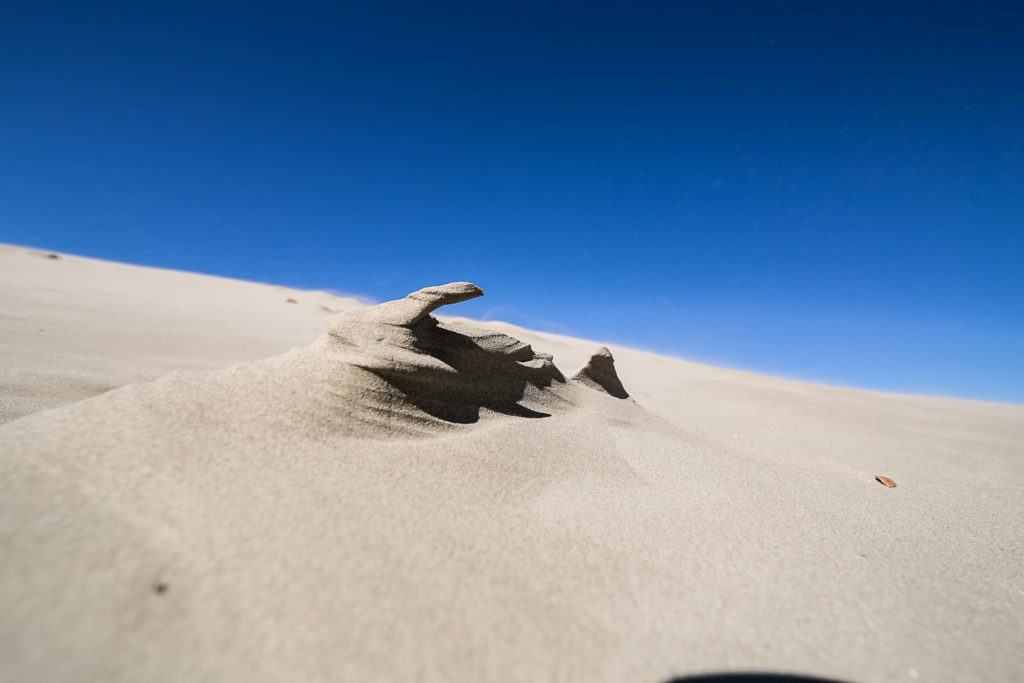 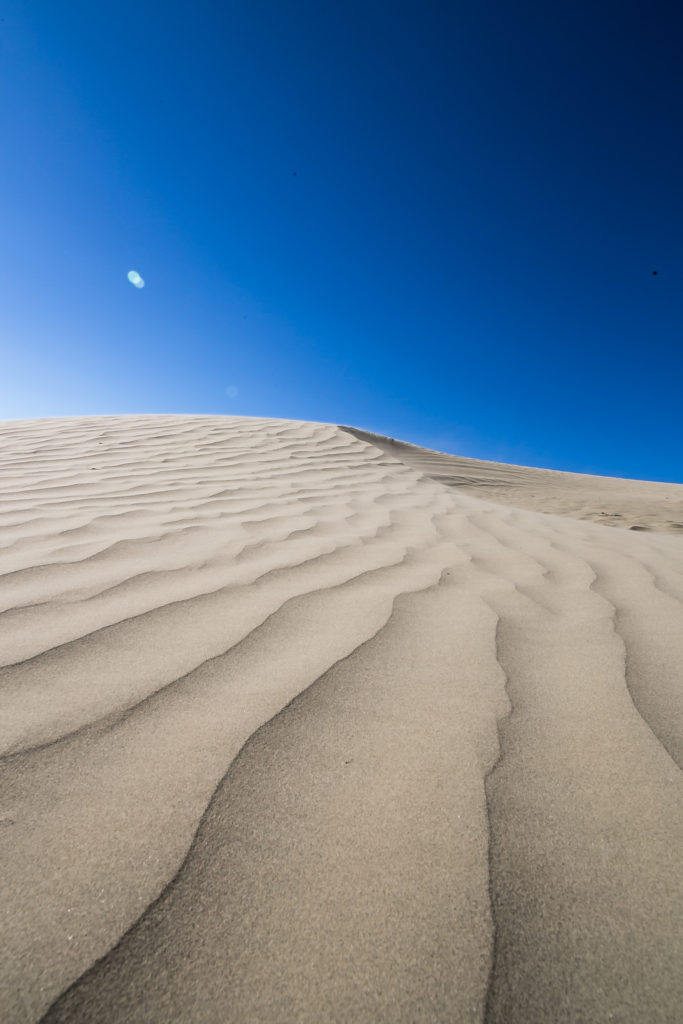 In spite of its Tatooine-like terrain the Great Sandhills are used to pasture up to 16,000 head of cattle during a 7 month grazing period 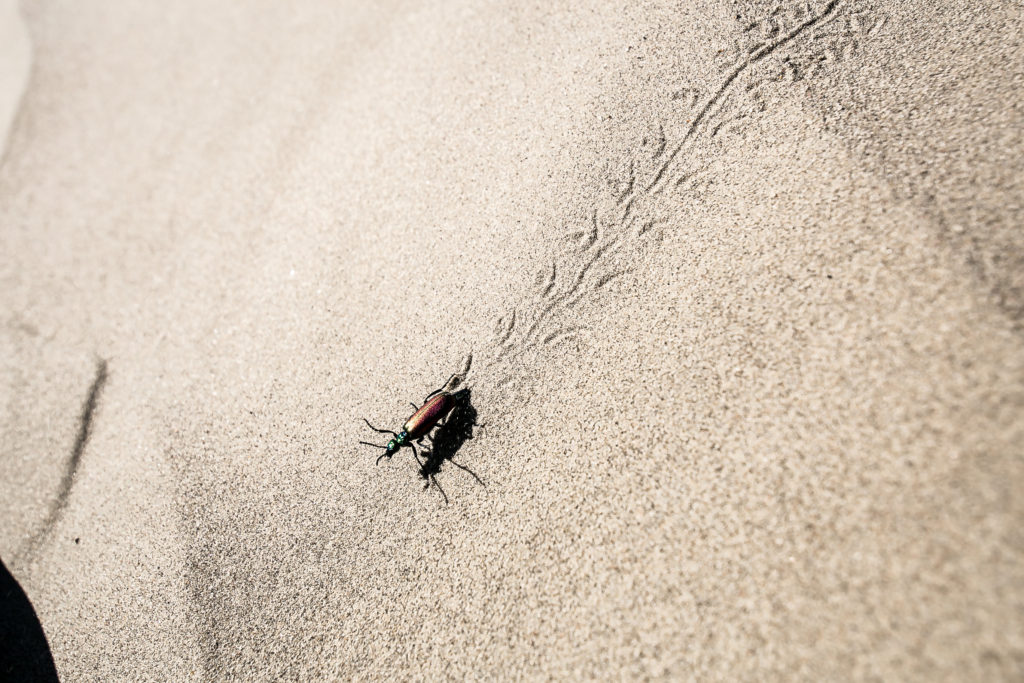 Great Sandhills Tiger Beetle making its way across the dunes 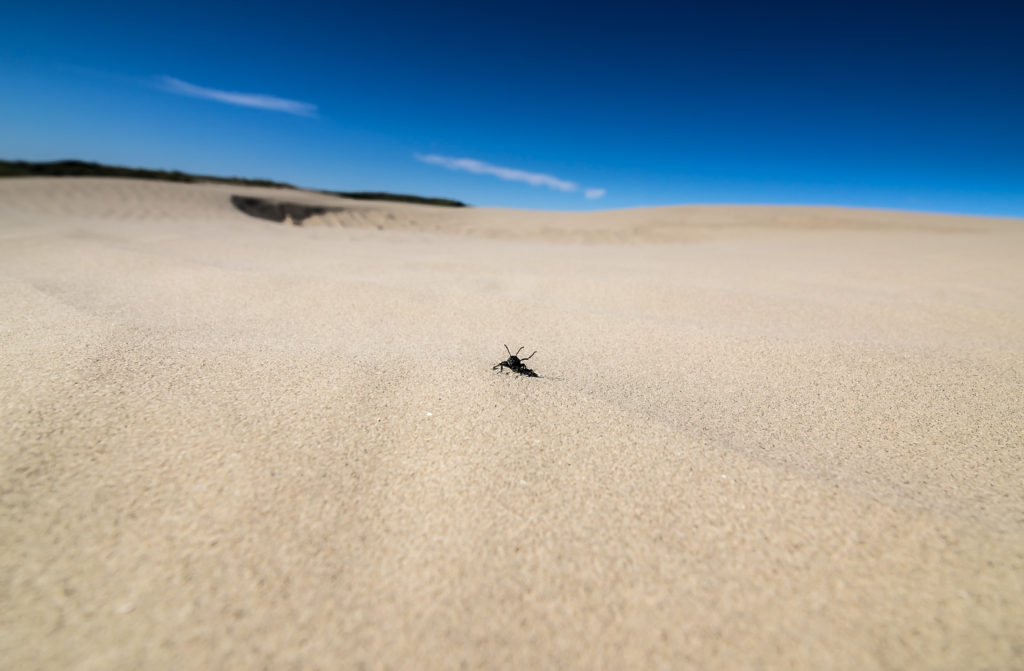 Great Sandhill Tiger Beetles are known for their warmth and hospitality 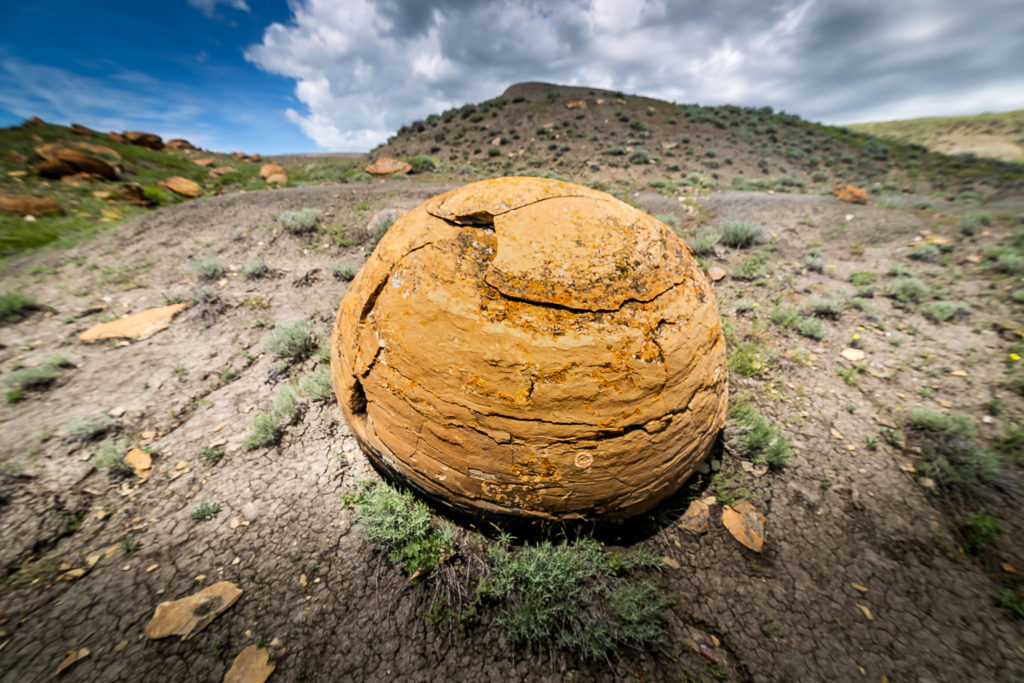 Red Rock Coulee’s oversized bowling ball boulders, known as concretions were formed millions of years ago when sand, calcite and iron oxide formed and hardened around stuff like leaves, bones etc. Like giant earth pearls, waters flowing around the rocks added more deposits, which stuck to and enlarged the formations like an onion 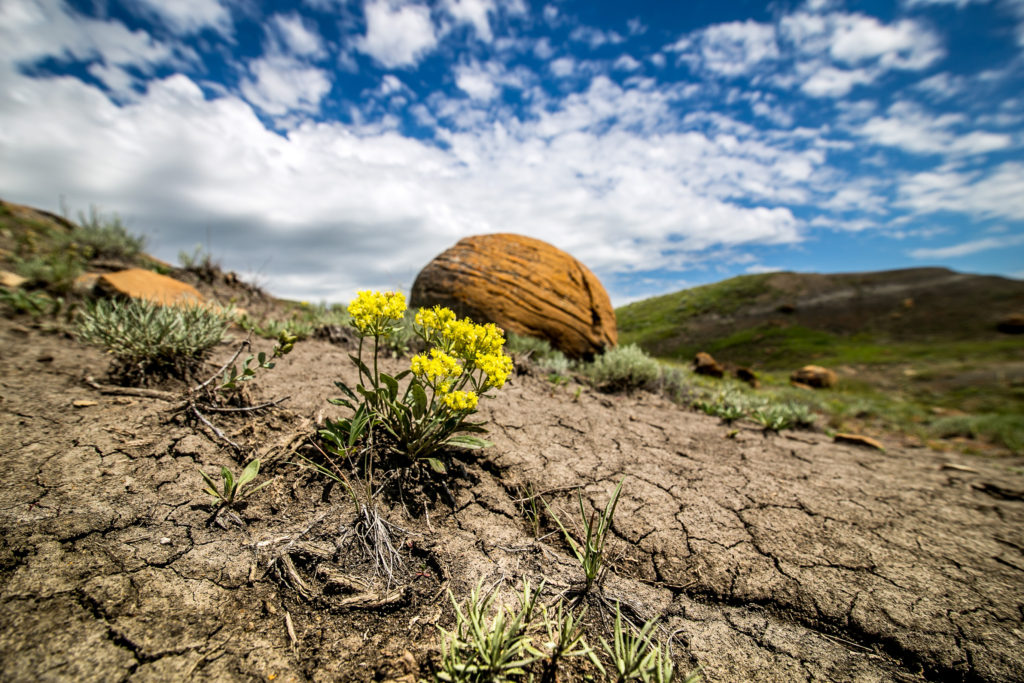 Located some 50 km south of Medicine Hat, Red Rock Coulee features some of the world’s best examples of ‘Concretions’… 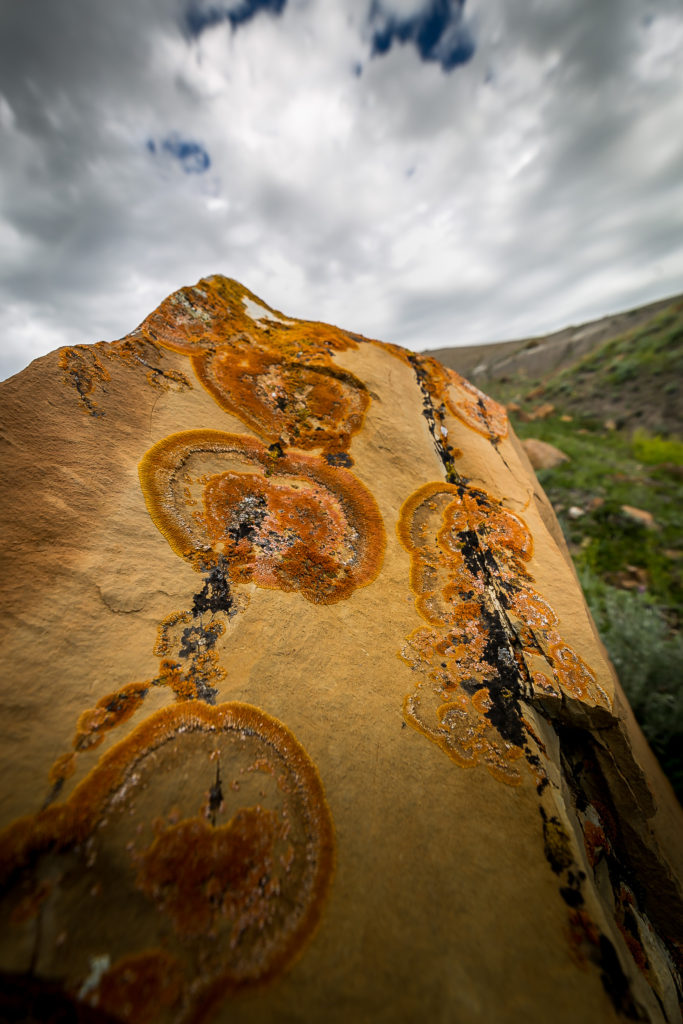 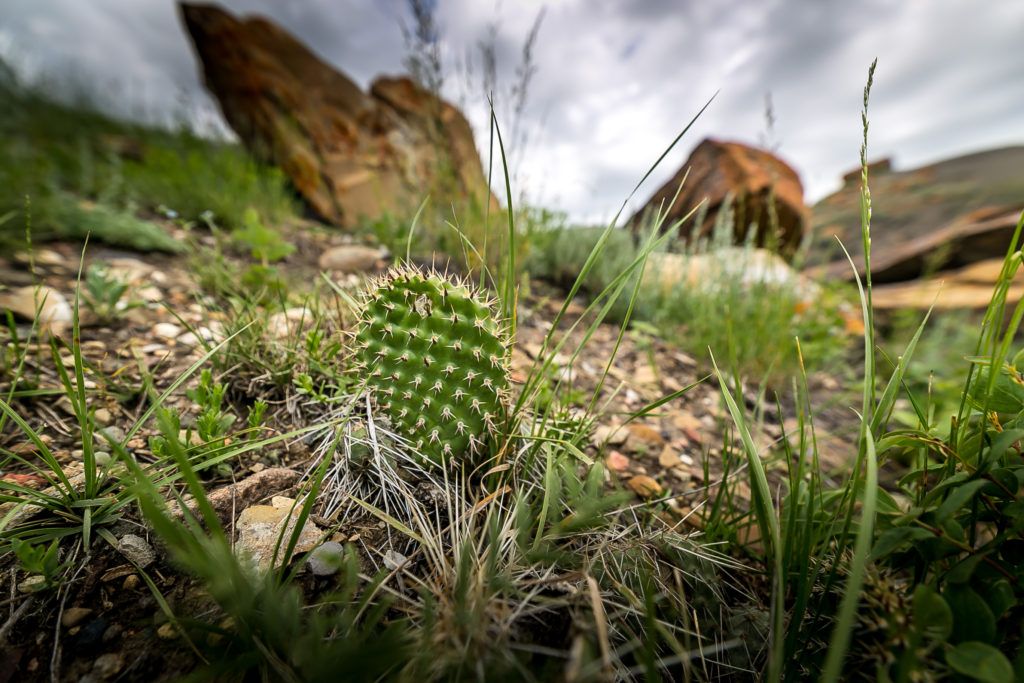 Bits of concretions dot the site 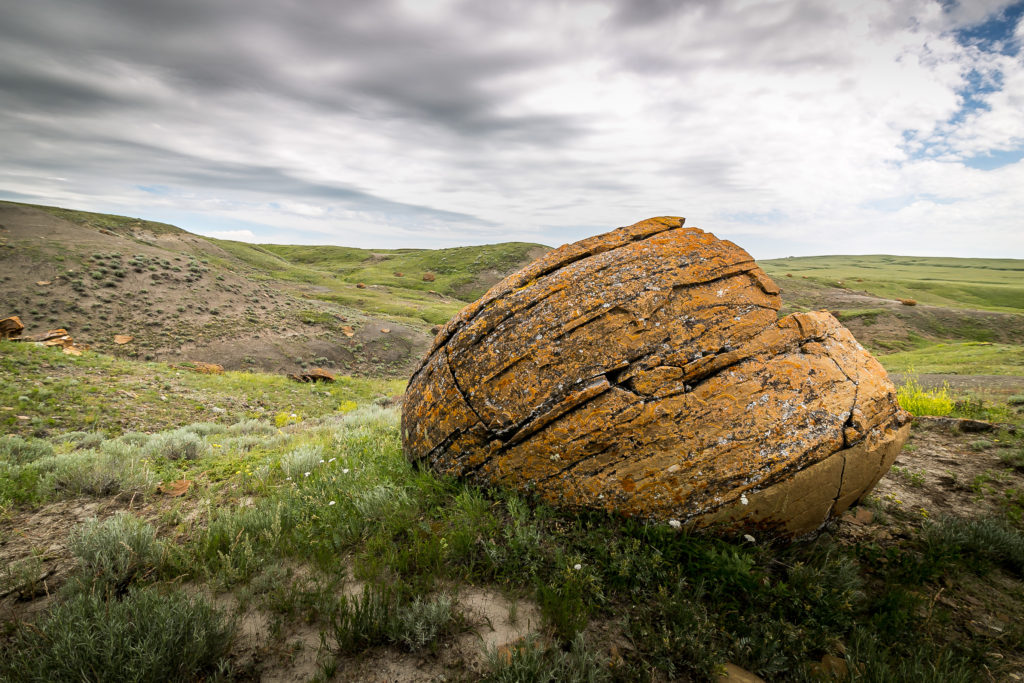 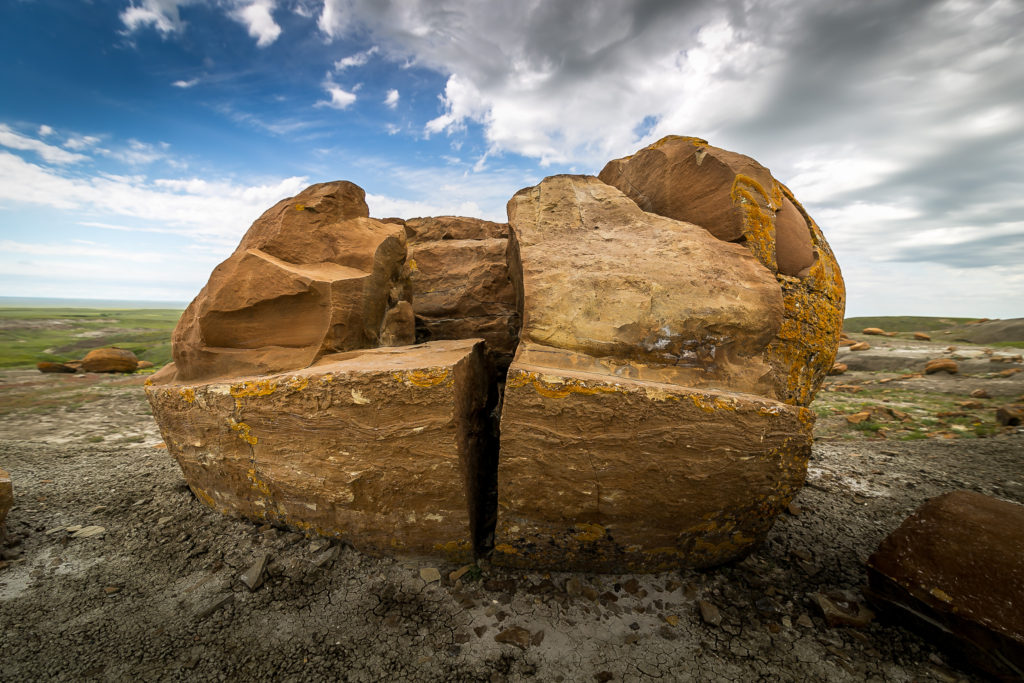 Split spheroid, some of the earth-roids measure up to 2.5 metres in diameter 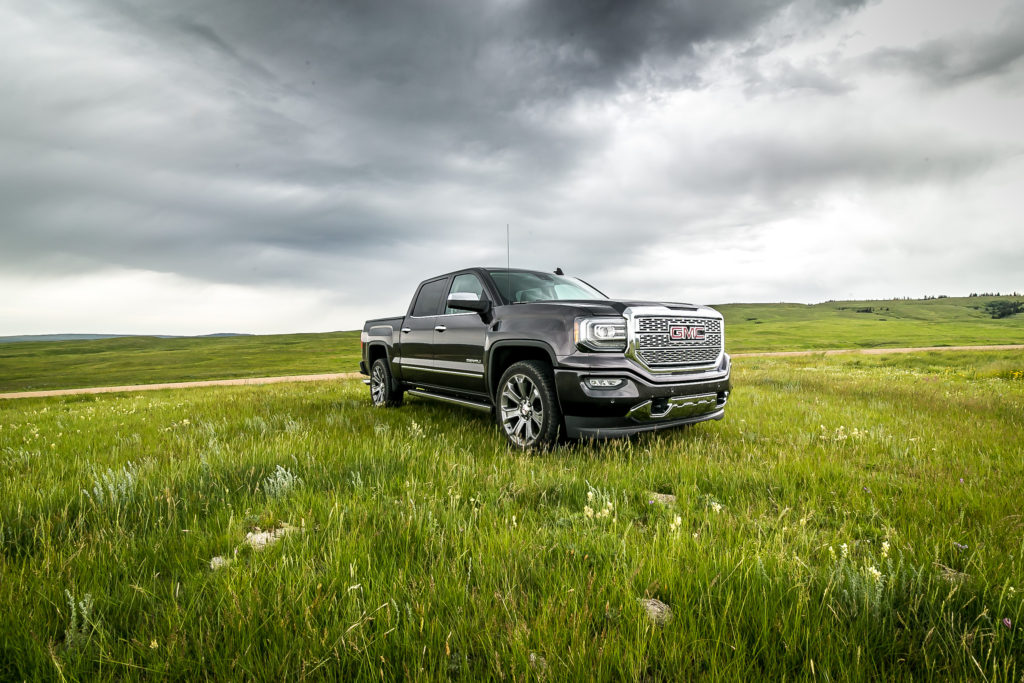 Shot west of Cypress Hills on a high altitude plain, the 4-wheel drive Denali shows off its modeling chops 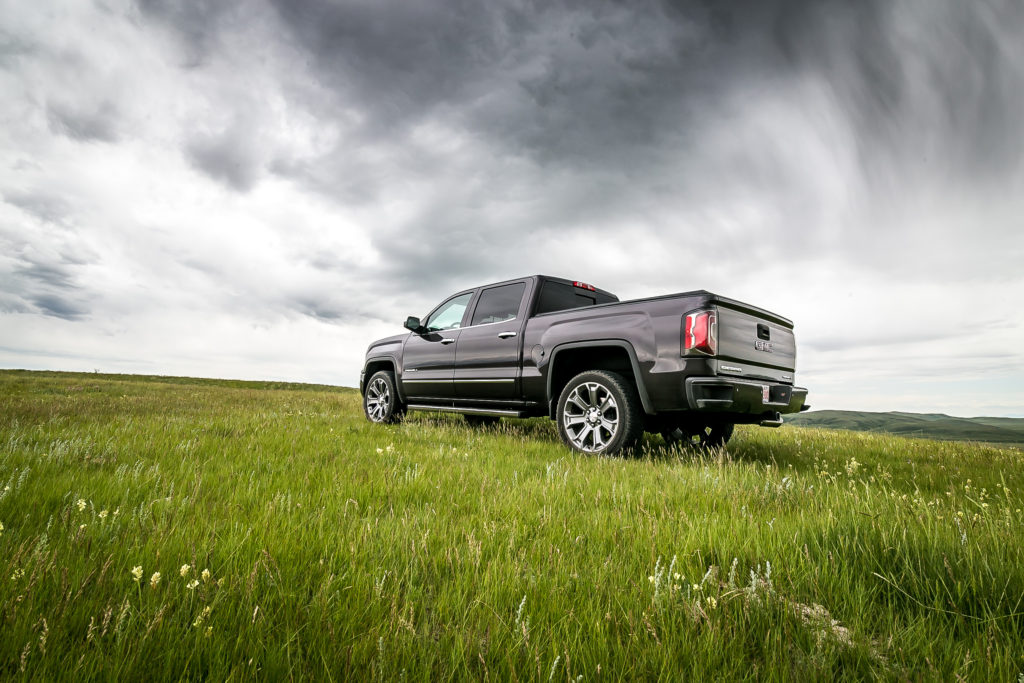 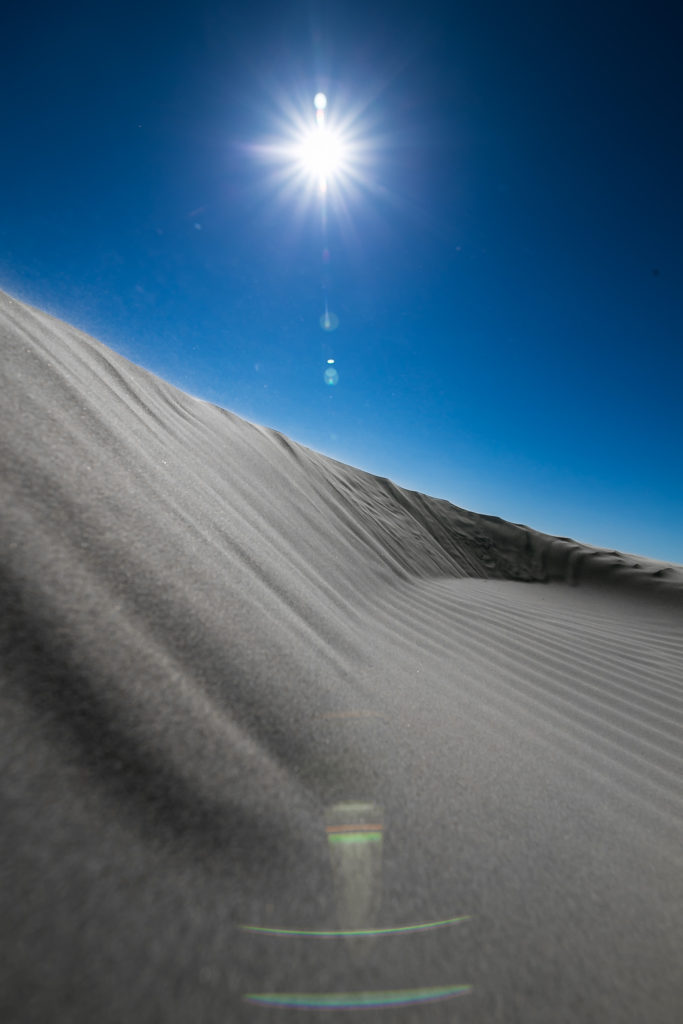 Great Sandhills, a true geological anomaly in a land of flat-landers and cow-tippers 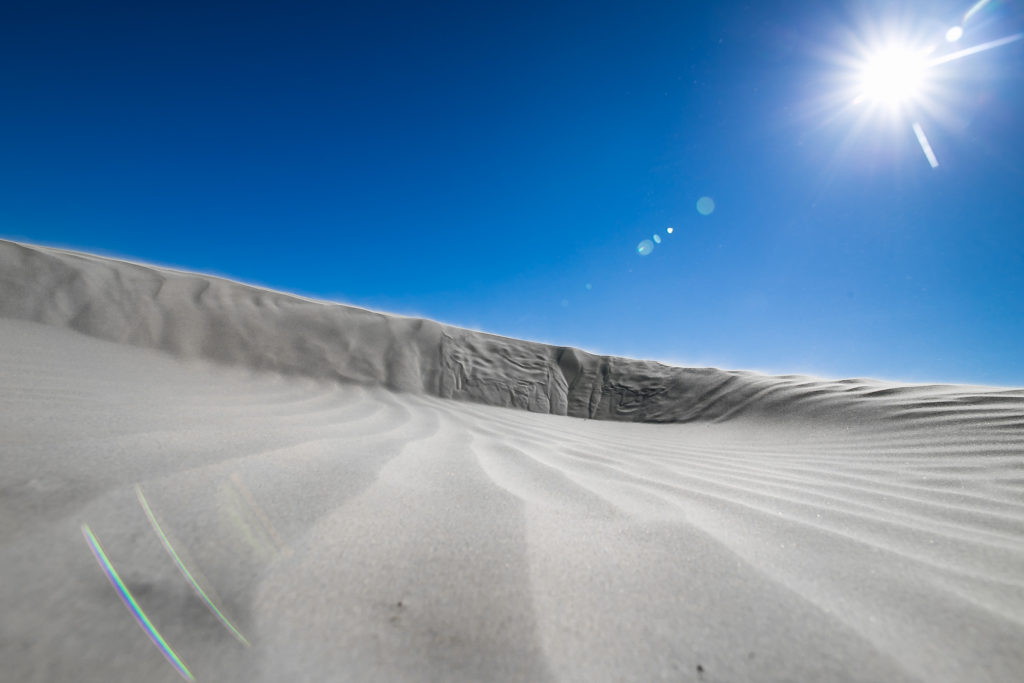 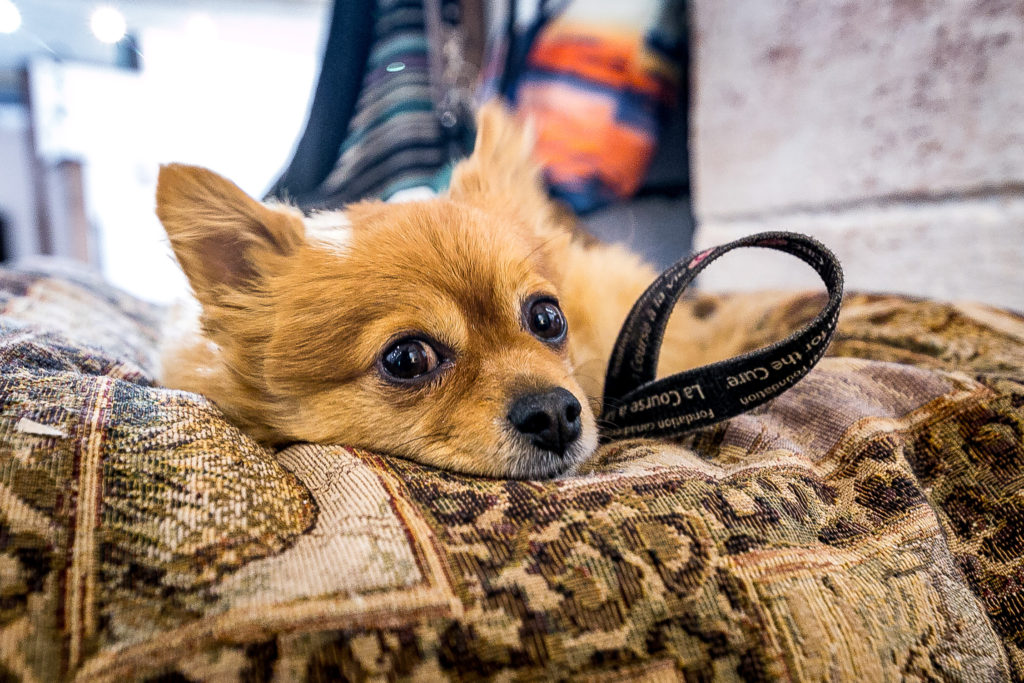 They call him Mr. Tibs 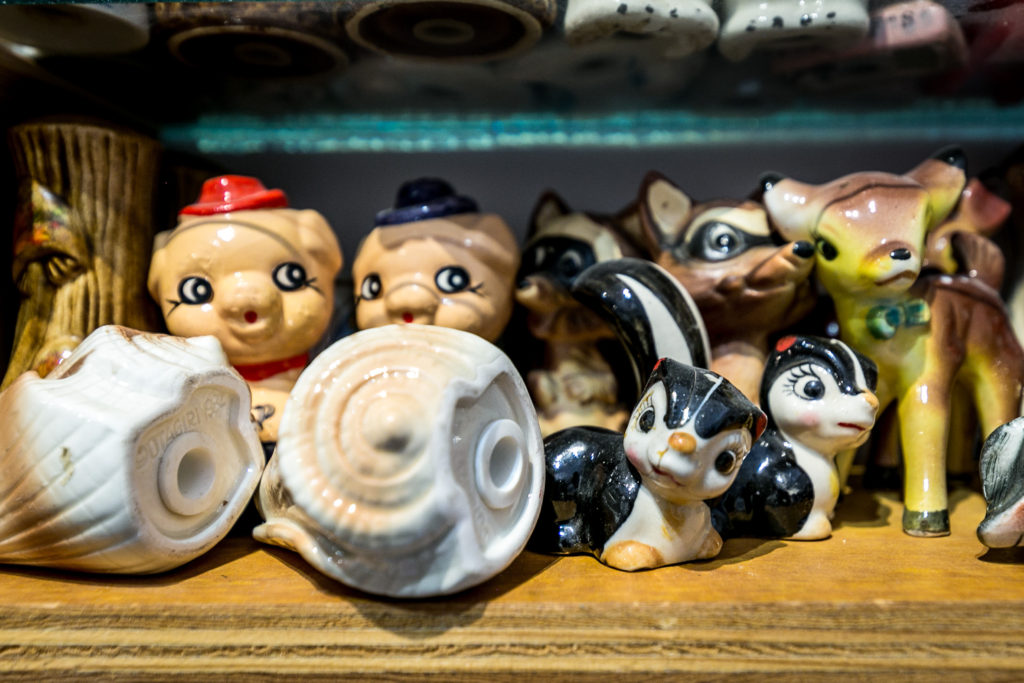 Maple Creek, SK, for all your kitchen kitsch needs 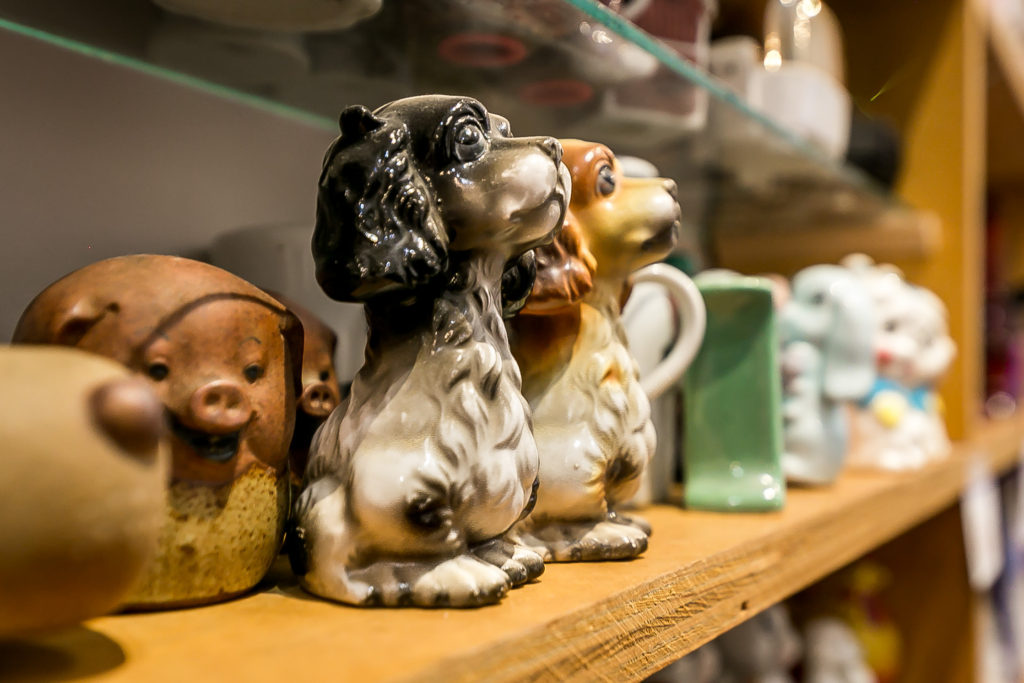 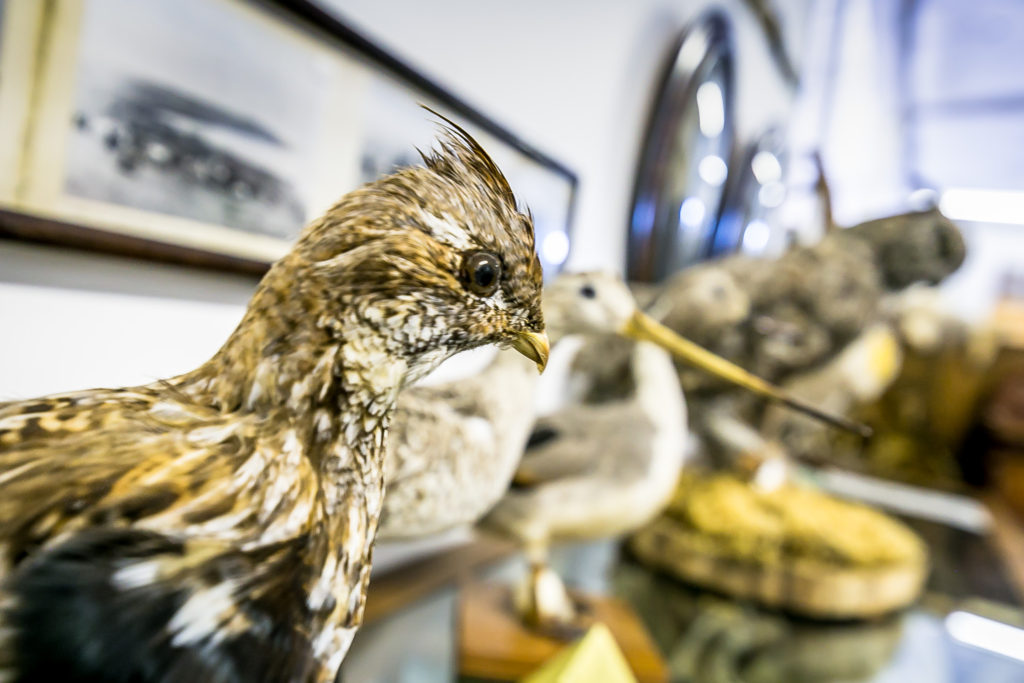 Maple Creek SK museum, home to many fine birds and things of an old nature 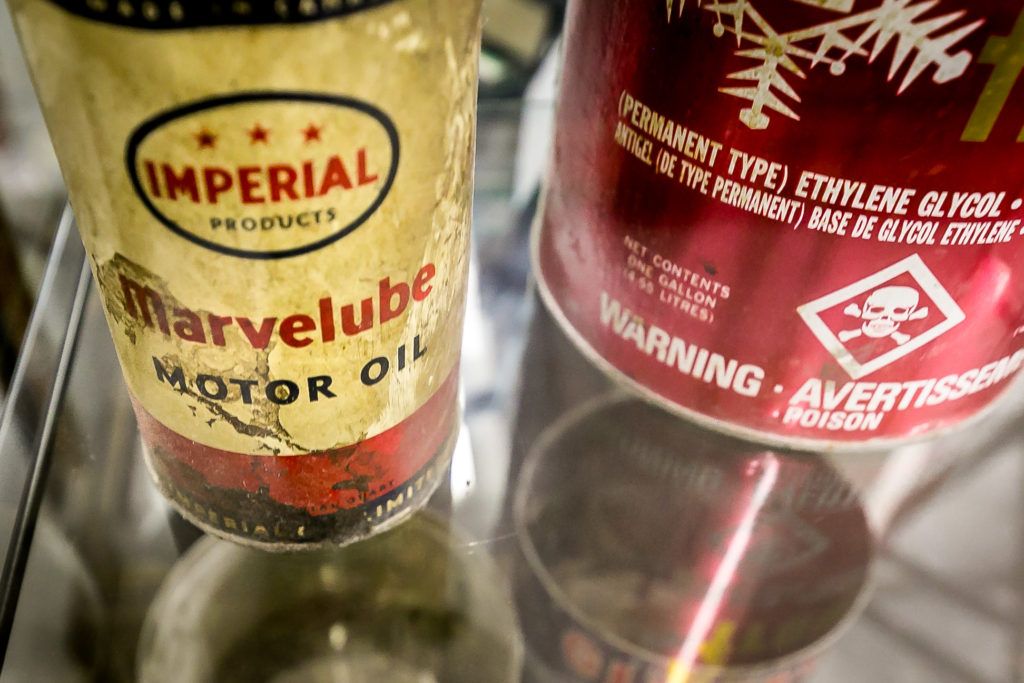 Marvelube, the farmer’s go to choice for motor oil 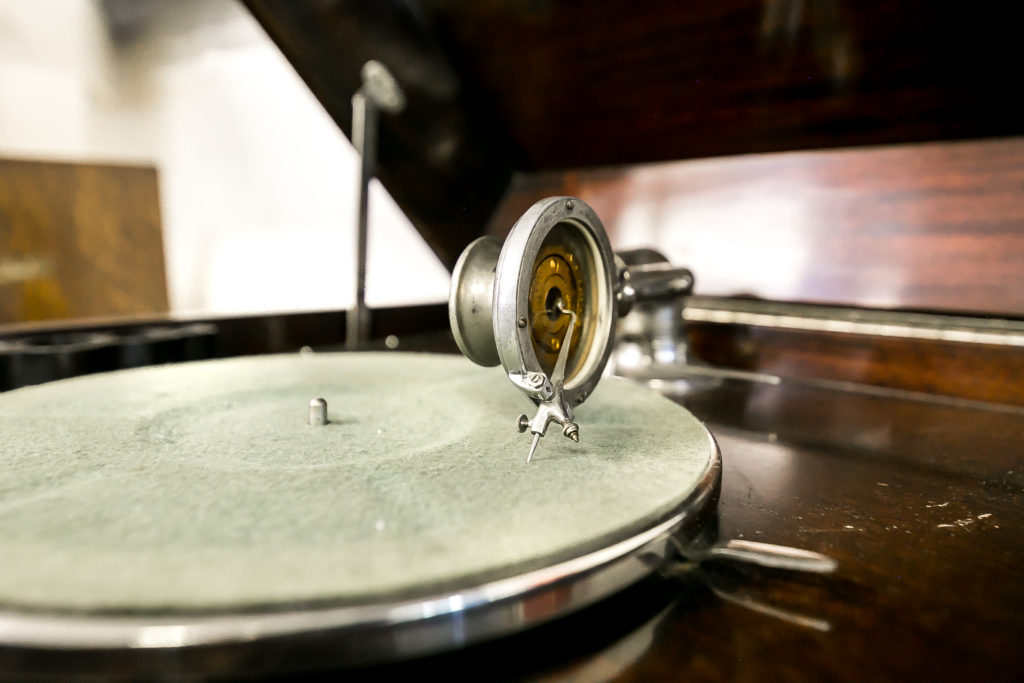 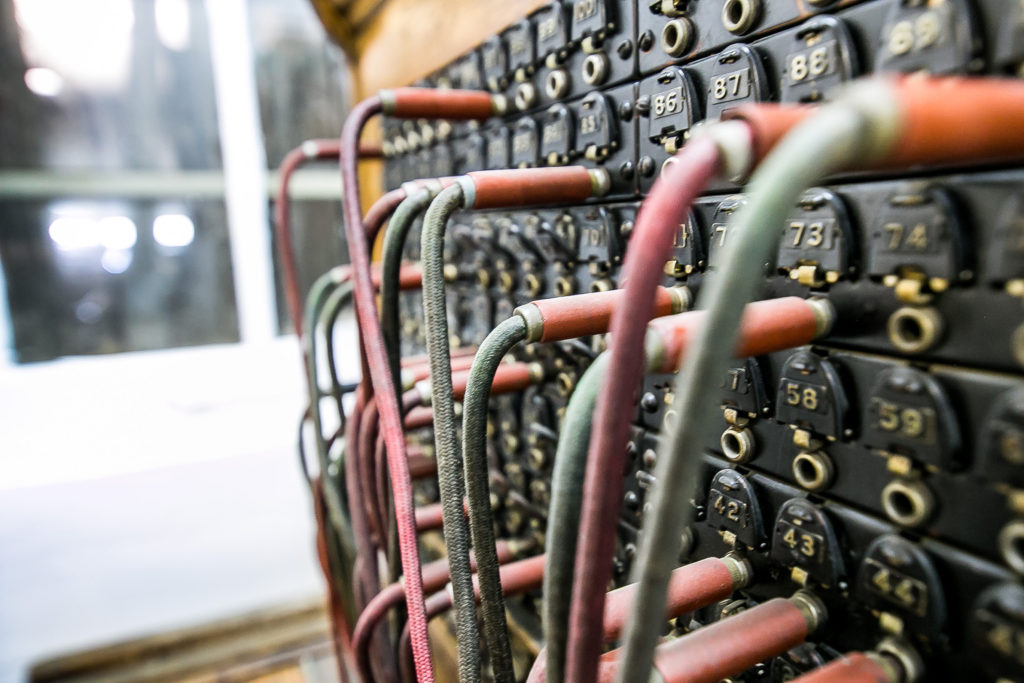 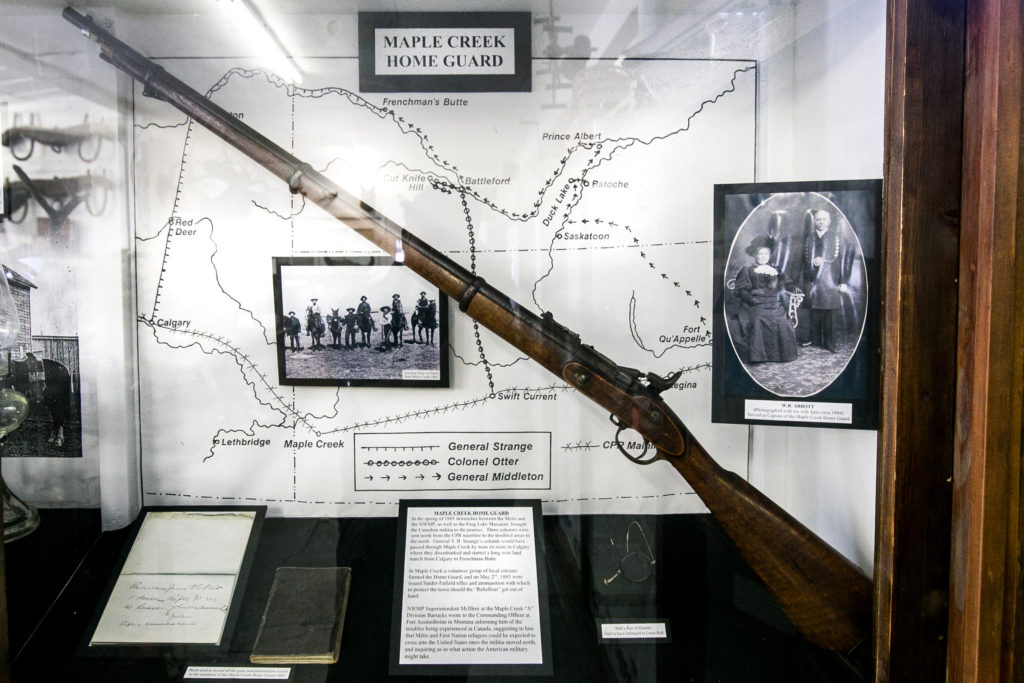 The US has its Homeland Security, Maple Creek has its musket-armed Home Guard 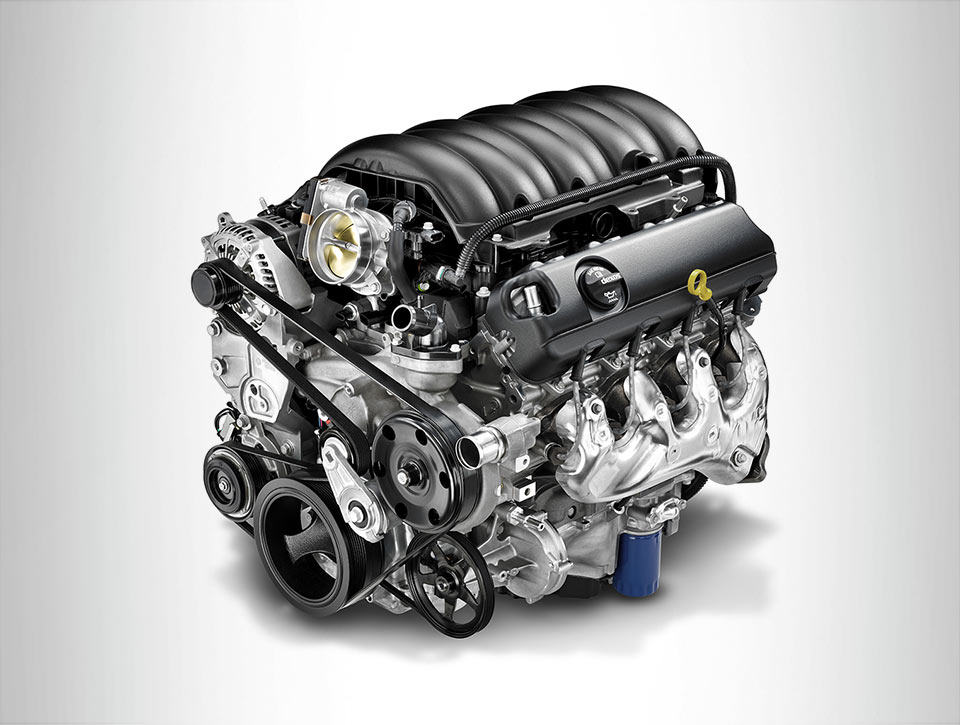