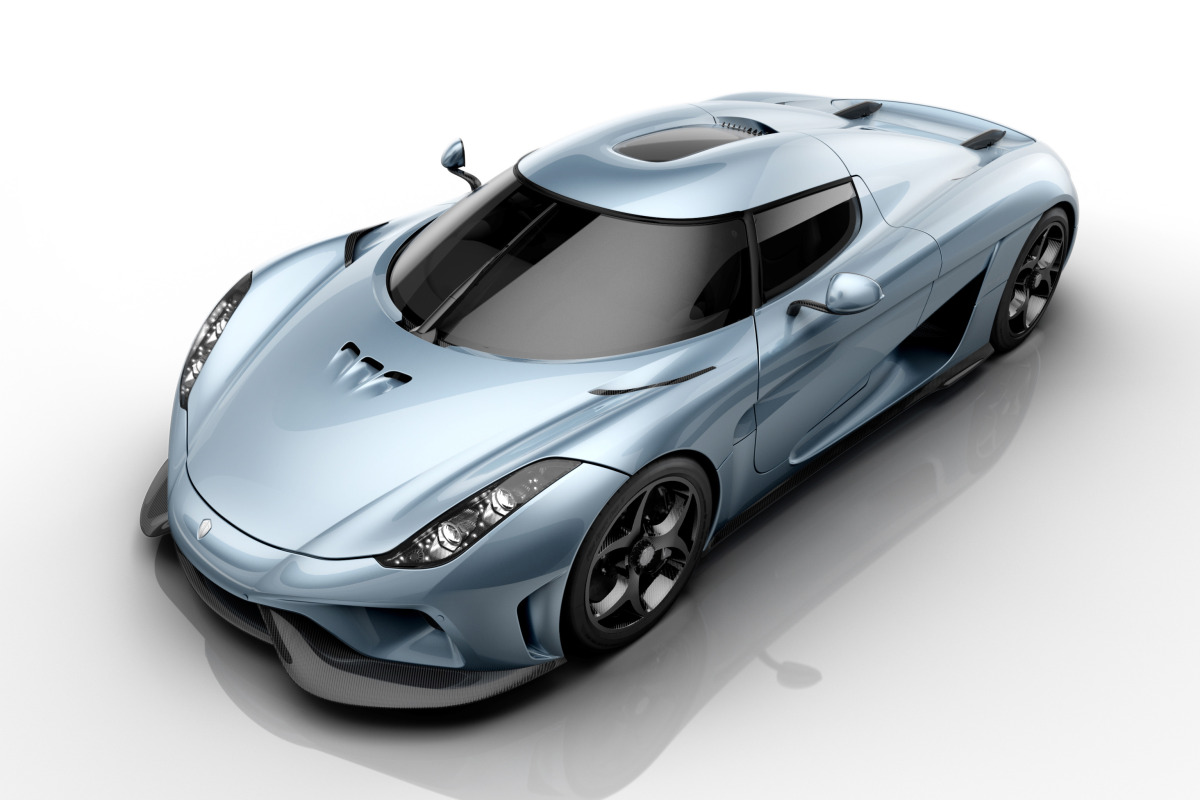 Regera, Swedish for meatballs, just became the most insane meal on the Geneva Auto Show menu! This one-geared, 1500 horsepower, hybrid supercar from the house of Koenigsegg made its world debut at the show today and the response has been hyberbolic to say the least.

Developed in a ridiculously short period of time, Koenigsegg’s new ‘DIRECT DRIVE’ transmission is the stuff of crazy engineers high on Red Bull/Absinthe cocktails. Unlike other hybrid supercars that run either electric generators or gas or both the Regera does something completely different. 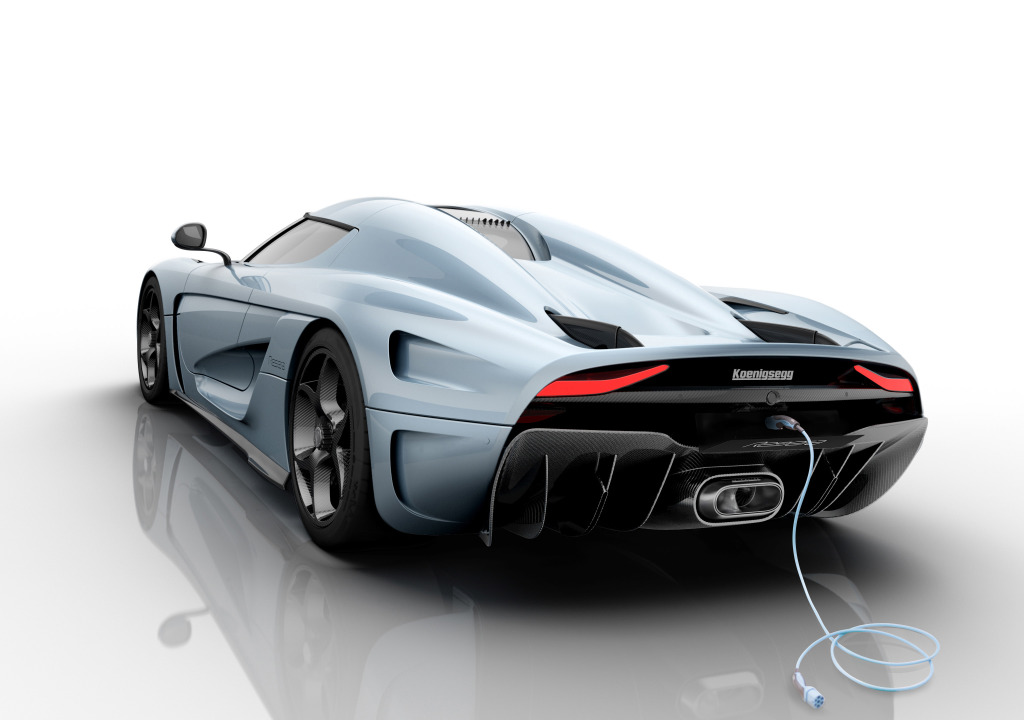 Even though an 1100 hp, twin-turbocharged, 5.0 liter Koenigsegg designed V8 is more than enough to compete with the likes of Porsche’s 918 and McLaren’s P1 hybrid, the crazy Swedes decided to add a trifecta of electric motors.

Here’s where it gets different. One motor is attached to the front of the crankshaft, which in turn generates power to the battery and both rear motors. So when you bring in the electric outputs to the math quiz you end up with a blended power output of 1500 hp and an ungodly torque figure of 1475 lb.ft.

But what is unique is to the Regera, apart from the ridiculous power figures, is the car’s KDD direct drive system. Mr. K has not only replaced the myriad of gears in a normal transmission but also increased power, torque, torque vectoring and somehow managed to reduce overall weight when compared to similar hybrid supercars. 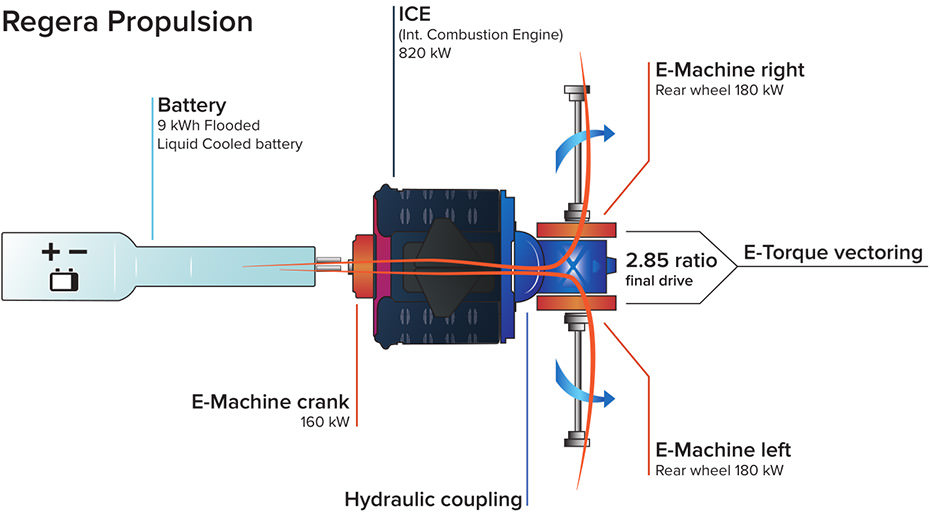 So like the Model S, the Regera runs only one gear from 0-light speed, except this computation includes that 1100 hp petrol powerplant and three electric motors. The power instead goes from the gas engine, through a hydraulic coupling device located behind the engine, out to a 2.85 final drive ratio ‘gearbox’, finishing up with power delivery to the rear wheels via rear mounted e-generators. I know right…yorgy florgy.

By doing away with the multitude of traditional gearboxes, power efficiency is increased. As a comparison at highway speeds, K notes a 50% reduction in energy loss when compared to a regular gearbox or CVT transmission. This unheard of configuration gives the Regera the title of most powerful electrical motor design in production car history.

A more comprehensive breakdown of how the KDD hybrid system works: “To supplement the energy from the combustion engine and to allow for torque vectoring, regenerative braking, extreme drivers response, reverse and energy conversion, there are three YASA developed electric motors. YASA´s axial flux motors are extremely power dense and allow for direct drive, making them a key-ingredient for the KDD. One YASA for each rear wheel, giving direct drive – this time electric – and one on the crankshaft, giving torque-fill, electrical generation and starter motor functionality.”

The battery pack and PDU for the Regera’s direct-drive system were developed and manufactured together with the help of Mate Rimac of electric supercar fixing fame.

And we’ve seen what Tesla’s Model D can do insane mode, so how about this, “500 kW of electric power can momentarily be drawn during acceleration.” The Swedish word for insane translates out roughly to “sinnessjuk” or lunatic or mentally deranged or unsound. However, once you’re done wetting yourself after the 500kW high, be happy to know over 150 kW can be absorbed by the battery-pack during regenerative braking and ICE power generation mode. 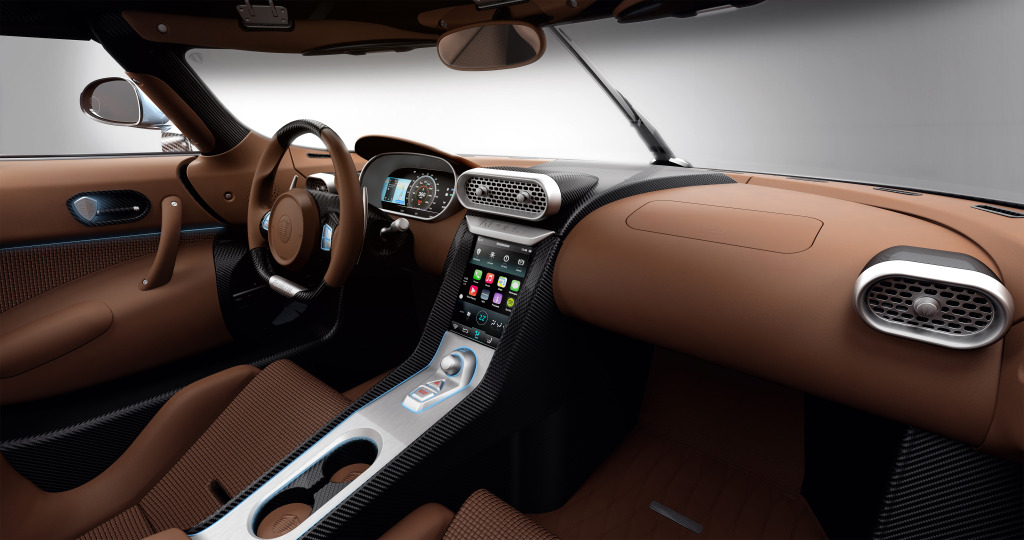 Regera (Swedish for “to reign”) will cost $1.89 million with only 80 cars produced

The supercar’s 620V battery pack is the latest fully-flooded type. Koenigsegg claims it is the most power-dense battery pack ever created for a road going car, showing figures of 9,27 kWh of energy and capable of 67 liters of volume.

Away from the technical jargonista, we find the pretty stuff ie. the body composed of pre-impregnated carbon fiber/kevlar and lightweight sandwich reinforcements, while the chassis is of the carbon fibered, aluminum honeycomb design. The Regera weighs in at 3589 lb (1628 kg), slightly hefty for a supercar but good for a hybrid supercar of this ilk.

Another design innovation is the Regera’s active rear wing. Touted as the ‘world’s first fully foldable, active top-mounted rear wing’ the big ninja spoiler can be hidden when parked? but when active at 250 km/h it can instill something like 450 kg (992 lb) of downforce on the back of the car…or the equivalent of one Black Angus 992 pounder.

While the car of course features every bit of active aerodynamic trickery in the book it is also the first car in the world to operate all body closures automatically. The entire opening of the hood, doors and rear panel can all be controlled by a smartphone or the provided remote. 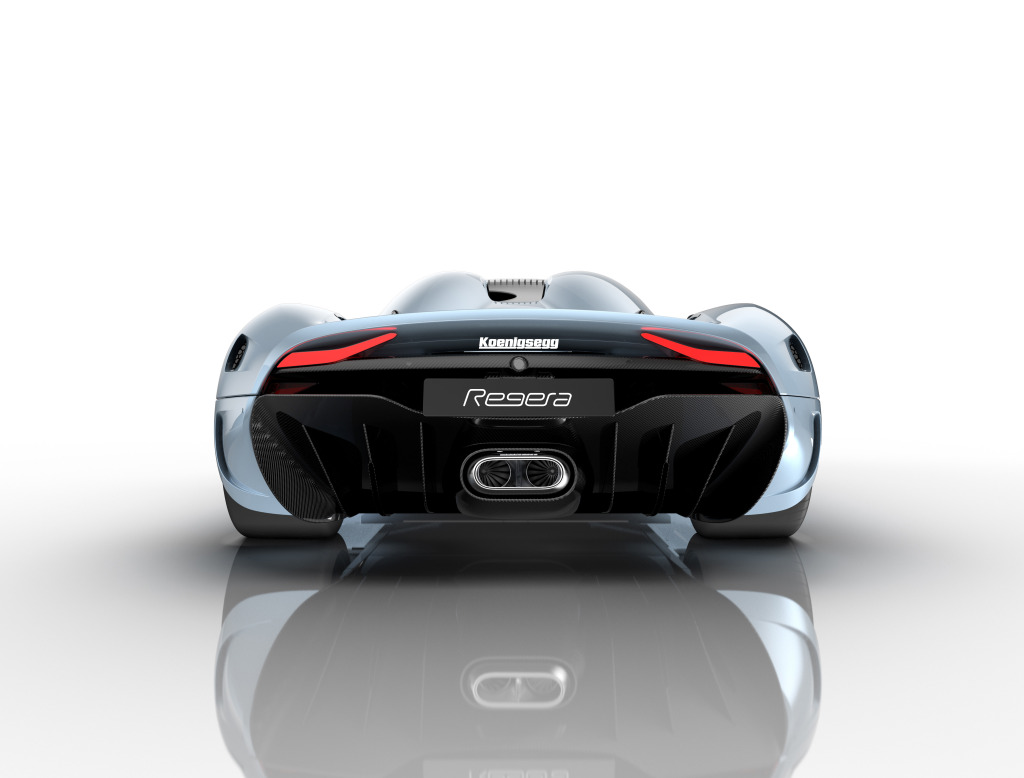 The Regera’s full details and techy specs can be found on Koenigsegg’s website. Don’t even ask about the price…don’t even. The Regera will be on display at the Geneva Auto Show until March 15. 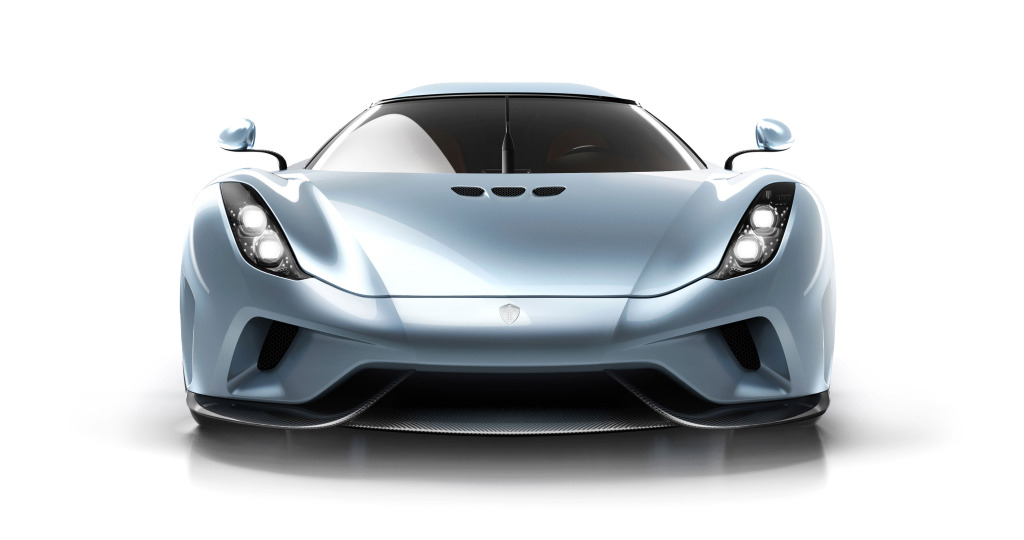 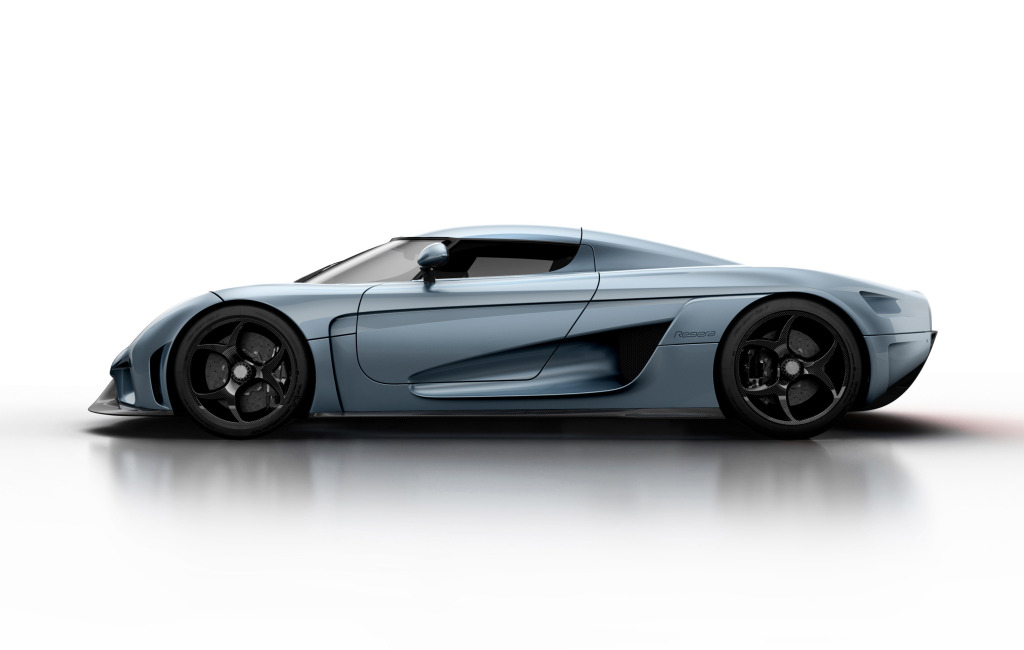