Last year about this time Land Rover let loose various auto journos on the frozen plains and streams of Iceland to try out the British marque’s (now owned by Tata) new Discovery. While I wasn’t there personally, this ragtag group put the versatile Sport through its proverbial river crossing paces.

Many months later I too was allowed to put the 2015 Discovery through its paces, only this time the challenges included underground parking, a dusty field, grocery shopping and some quality time at Tims.

Inside the Discovery the wife found the trim level to be to her liking…staid yet tasteful. I found it to be a bit monochromatic in the black and aluminum trimmed tester. Overall though there was a sense of Land Rover about it. Head and leg room were excellent as was the overall fit and finish. 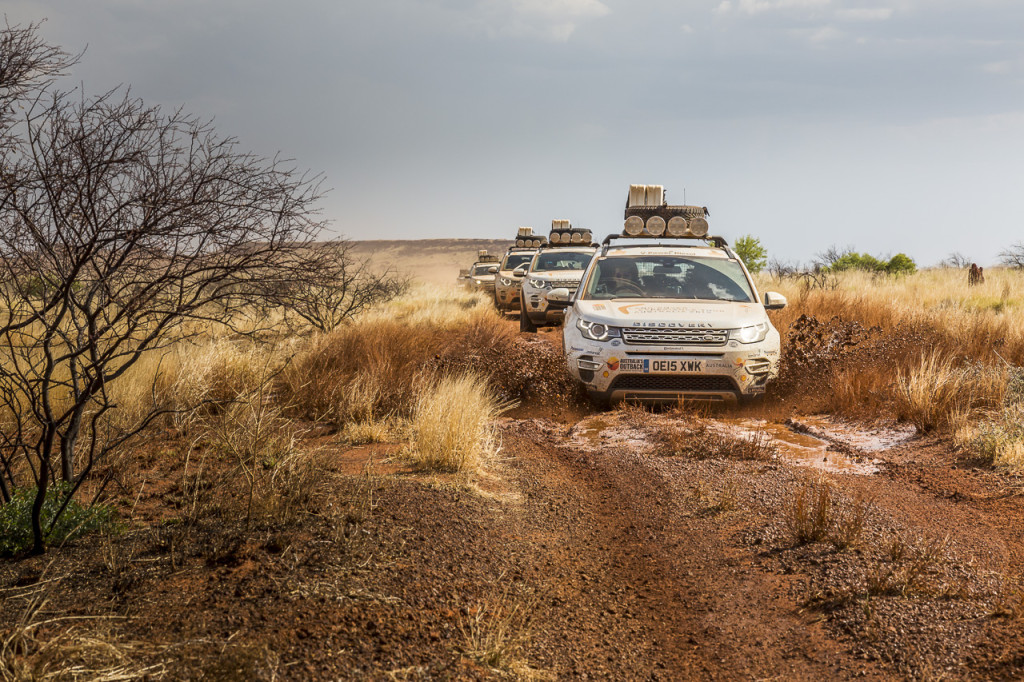 Leather seats from the House of Windsor came equipped with 10-way adjustability for both driver and passenger. An 11 (eleven) speaker hi-fi system, good for 250 WATTS! doled out the soothing sounds of the Dead Kennedy’s from all corners.

The Discovery Sport’s 2.0 liter LT4 turbocharged banger proves to be a natural for inner city driving. Good for 240 hp the HSE badged model revs up quick with commendable power capabilities through the lower and mid-ranges.

According to LR the DiscoVery Sport is good not only for 240hp but also equal amounts of torque to the tune of 240 ft.lb. Matched up to a multi-geared ZF 9-speed transmission means the smallish LR has little problem finding the right gear for the job. With that many gears however getting from the upper range to the lowers does unfortunately take time. On the plus side, mileage of 11.9/100 km (24 mpg) city and 9.0 liters/100 kms (31) mpg highway is good. 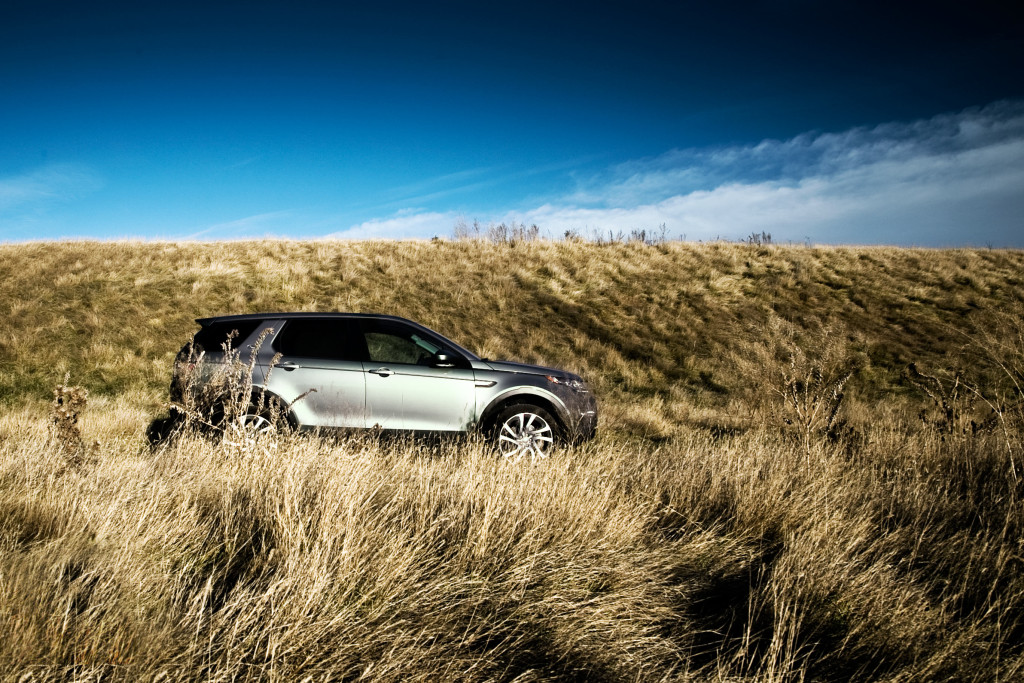 0-100 km/h (62 mph) time however comes off as slow managing only 8.2 seconds to the tape. In this category and at this price range I would expect stats closer to the 7 second or sub 7 second mark. Ironically, Car & Driver has the Discovery running to 100 km/h at only 7.3 seconds.

Still, this figure is slower than both a comparable Audi and BMW. But as C&D points out, the LR weighing in at hefty hefty 4,400 lb does the ride no favours.

At highway speeds the LR’s ride is smooth and quiet allowing the sportish suspension to show off a bit. Handling for the Discovery proves to be impressive and nimble, revealing some of the marque’s engineering abilities. Wheel feel was good on-center and in corners.

Land Rover – one of the original purveyors of the 4×4 system – continues the age old tradition in the Discovery. Although the weather and driving conditions were anything but Icelandic during my time I did manage to find an off-road section in which to explore the Sport’s ground clearance and angular attack abilities. 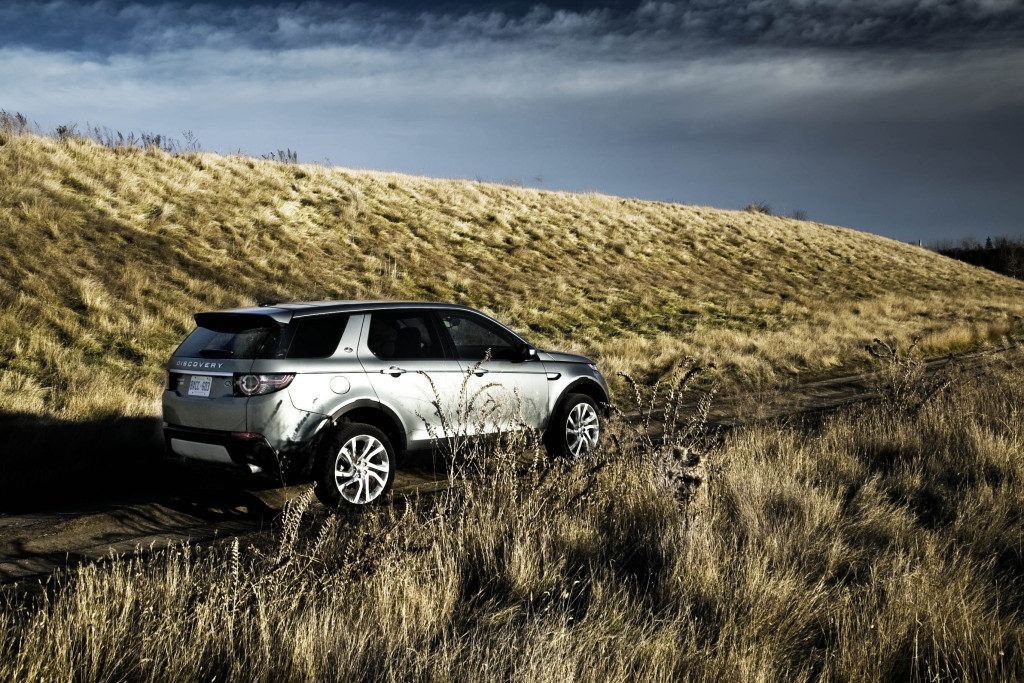 With a ground clearance good for clearing rabbits, the Discovery comes off as capable of handling most AWD scenarios…within reason. We’ll leave the really challenging bits to the Defender.

Based on LR’s tour photos from Australia and Iceland, the Discovery has shown its inherited the marque’s legendary off-road cajones. Equipped with a plethora of off-road settings for sand, snow, ruts, etc, the Sport’s AWD underpinnings and All-Terrain Progress Control mean getting stuck will take some Darwinian doing. 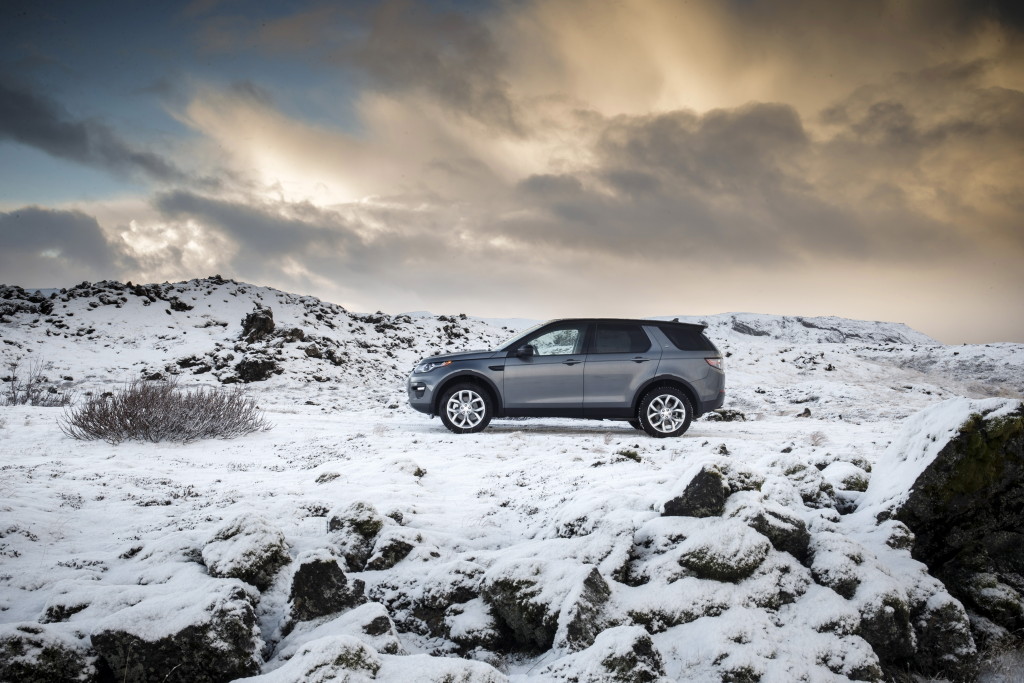 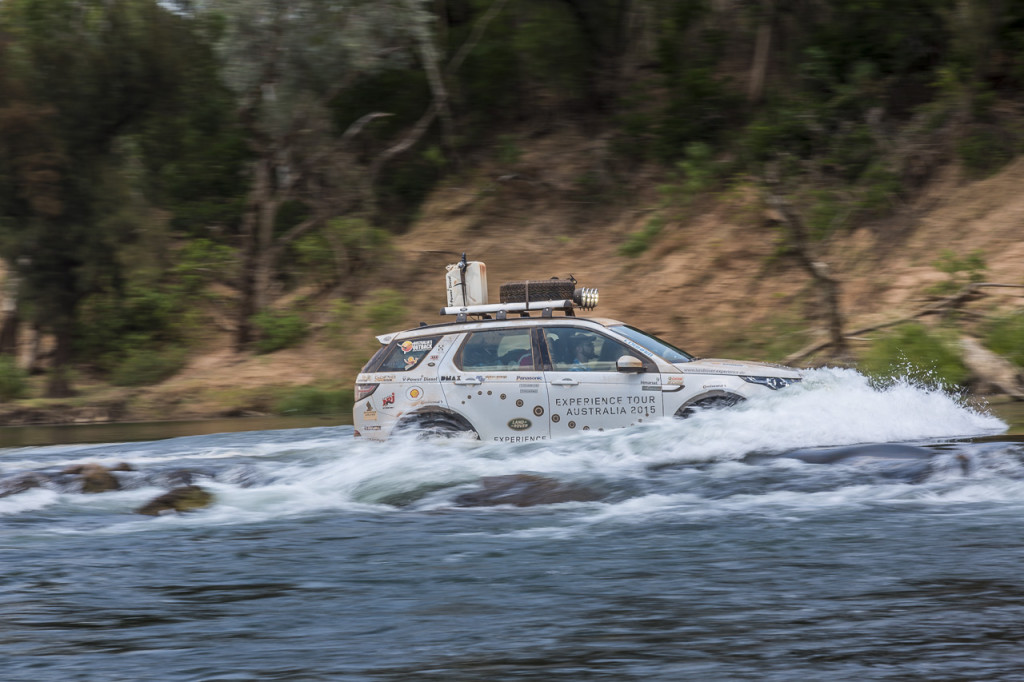 Aesthetically Land Rover has done a bang up job with the Discovery’s visual bits. The Discovery’s lines and skin wrap flow better than previous models with less visual jarring around the B and C pillars. Haunch details pop nicely accentuating the sporty side of the Disco while the rakish rear window echoes elements of Range Rover.

Ford’s revised Explorer Ltd for 2016 – not the trackpack edition.
King of the Ranch vs Lincoln of the Lake (F-150 v MKX)