In a battle betwixt Lincoln and Ford, who would win. Coming from the same lineage and forefathers, both marques offer their own unique set of skills and attributes.

Take Ford’s overtly manly F150 King Ranch. So named we assume, for its ability to conquer lands of cattle and tame unruly ranch equipment. Lincoln’s response on the other hand, the urban-friendly MKX, prefers the likes of the Nordstroms and the Grey Gooses.

So for this review, we’re going to let the imagery and accompanying captions tell the story of these two distant yet genealogically connected vehicles.

(See THE GALLERY  for the complete image offerings) 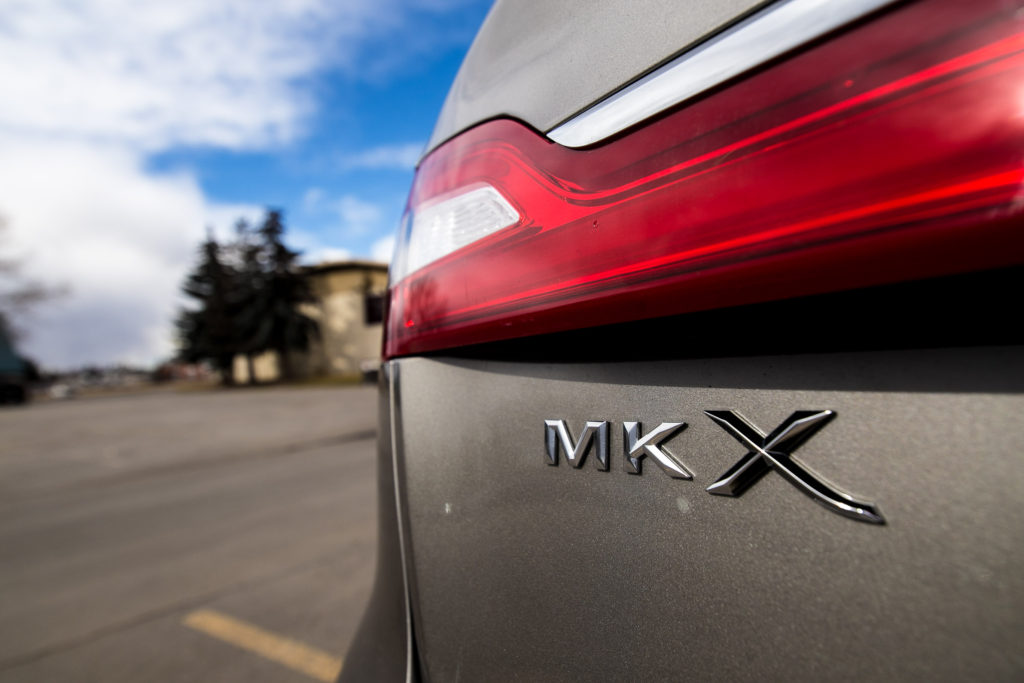 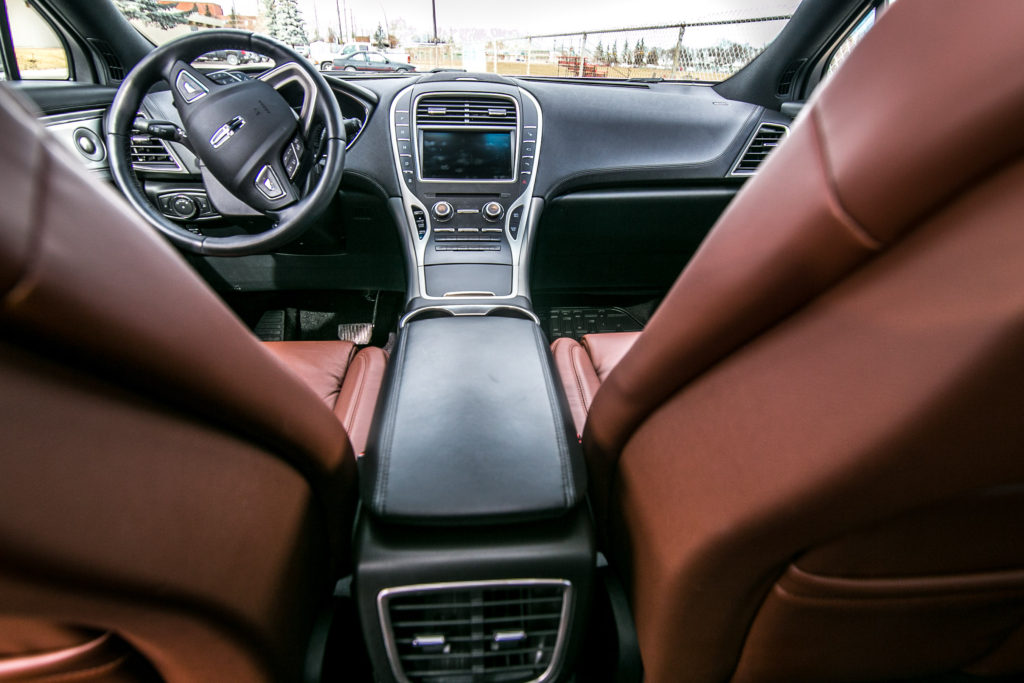 Plush yet urban friendly cabin is the order of the day 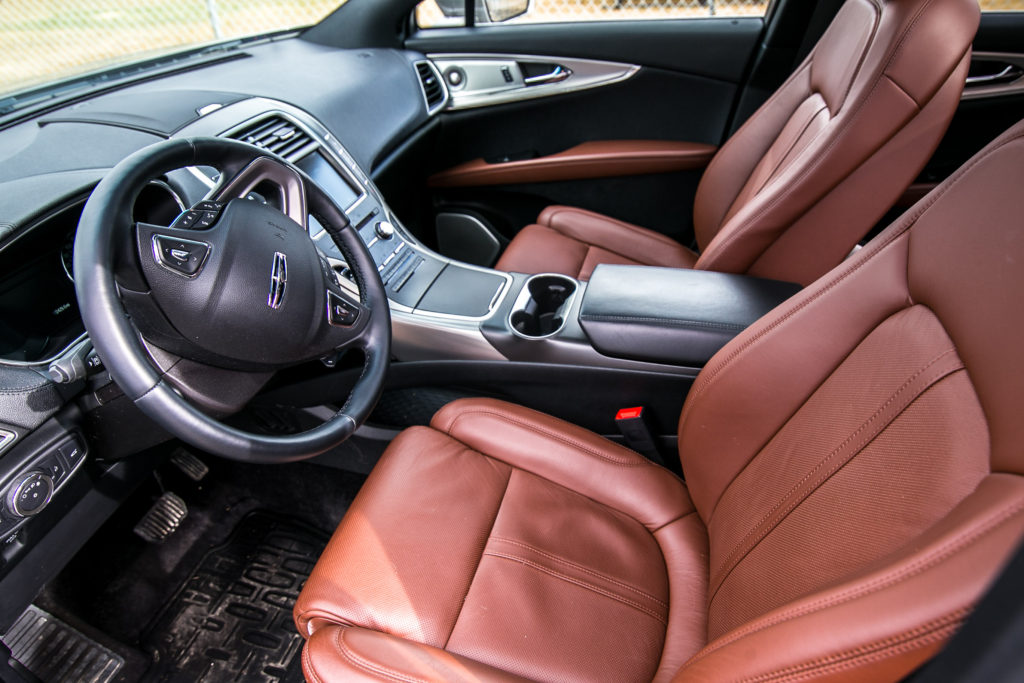 Our MKX tester featured all the goodies 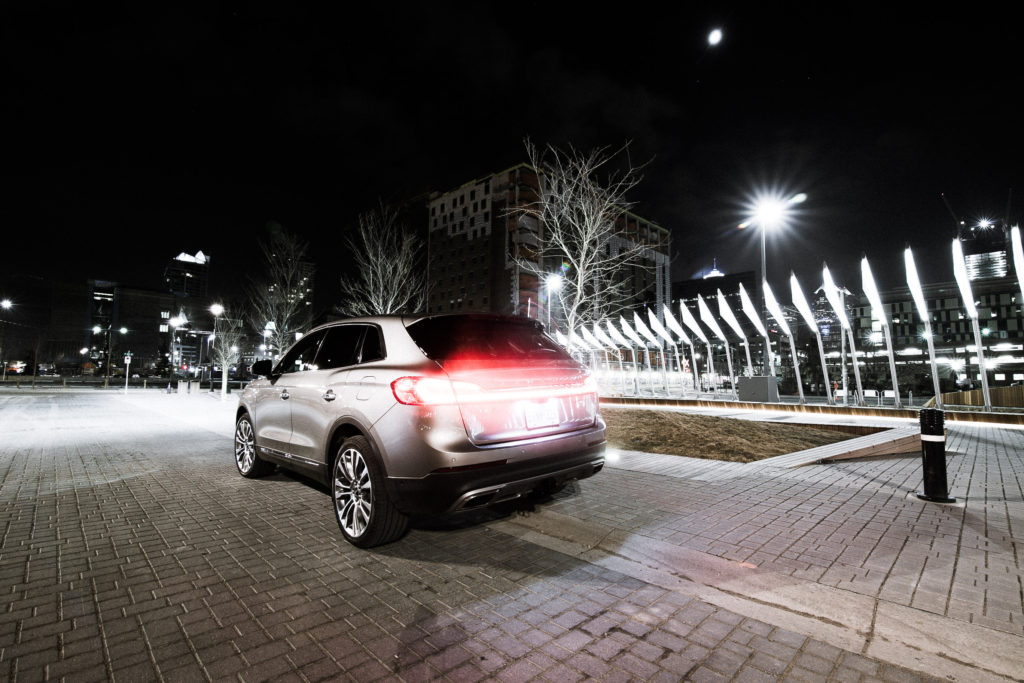 Stylistically, the 2016 MKX shows fine from most angles, with the rear three-quarter presenting some Porsche Cayenne influences 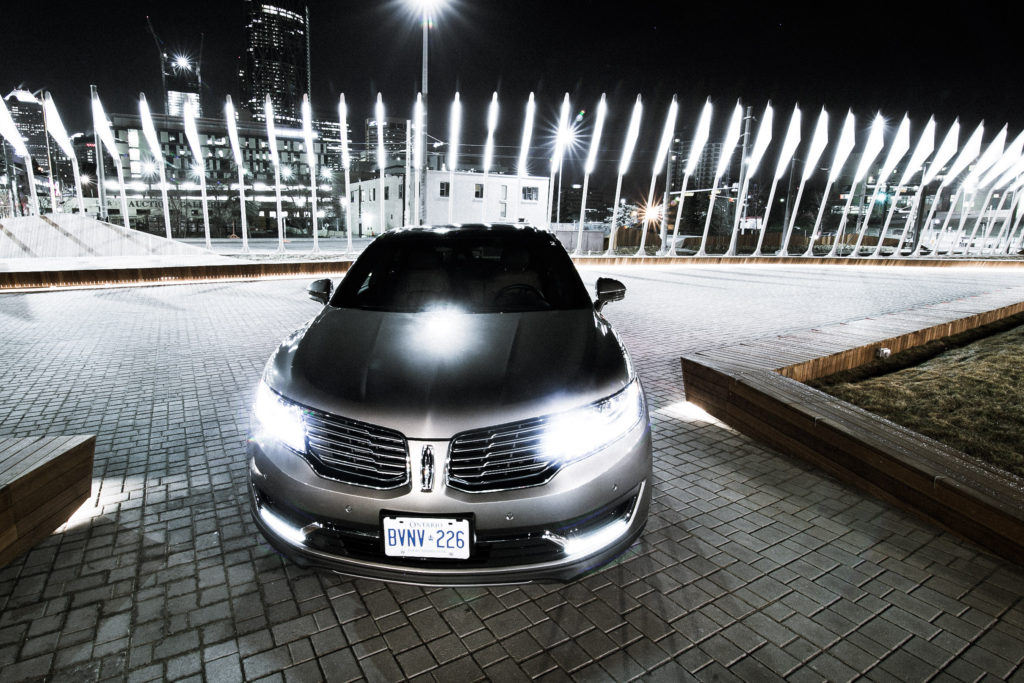 Lincoln’s much loved/hated grille pays homage to its ancestors 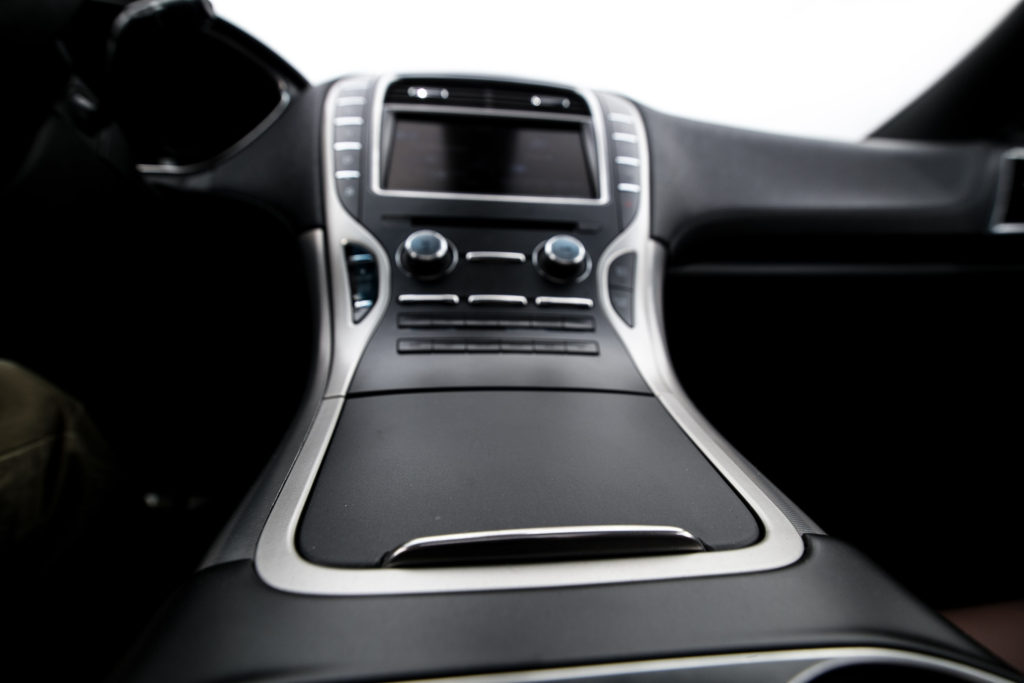 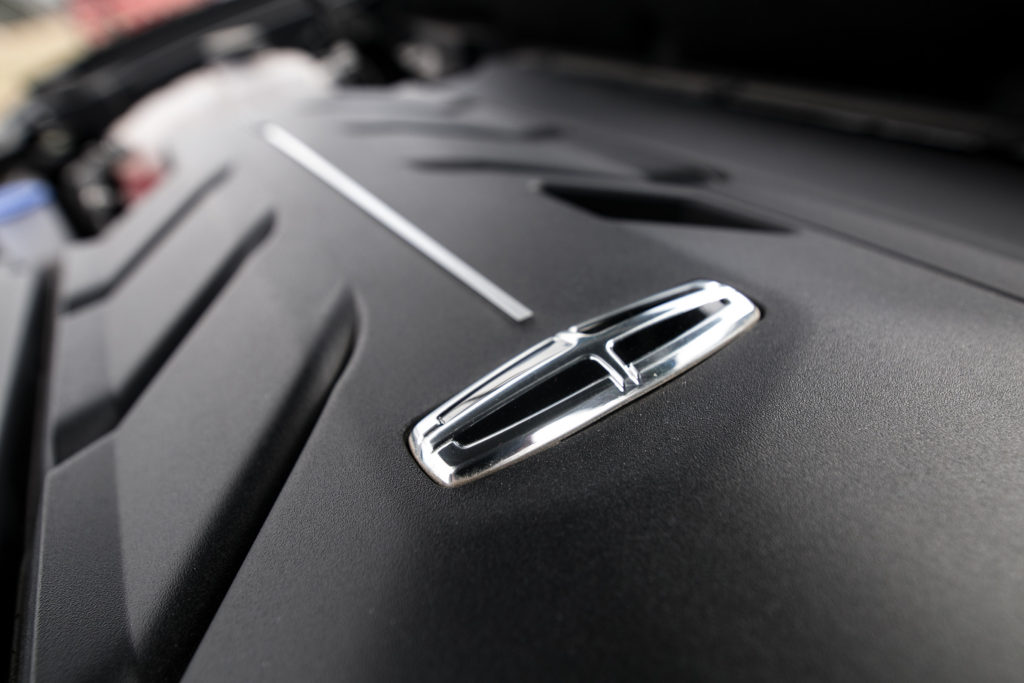 Unlike the diecast aluminum block in the 3.7L, the Ecoboost engine gets a Compacted Graphite Iron treatment 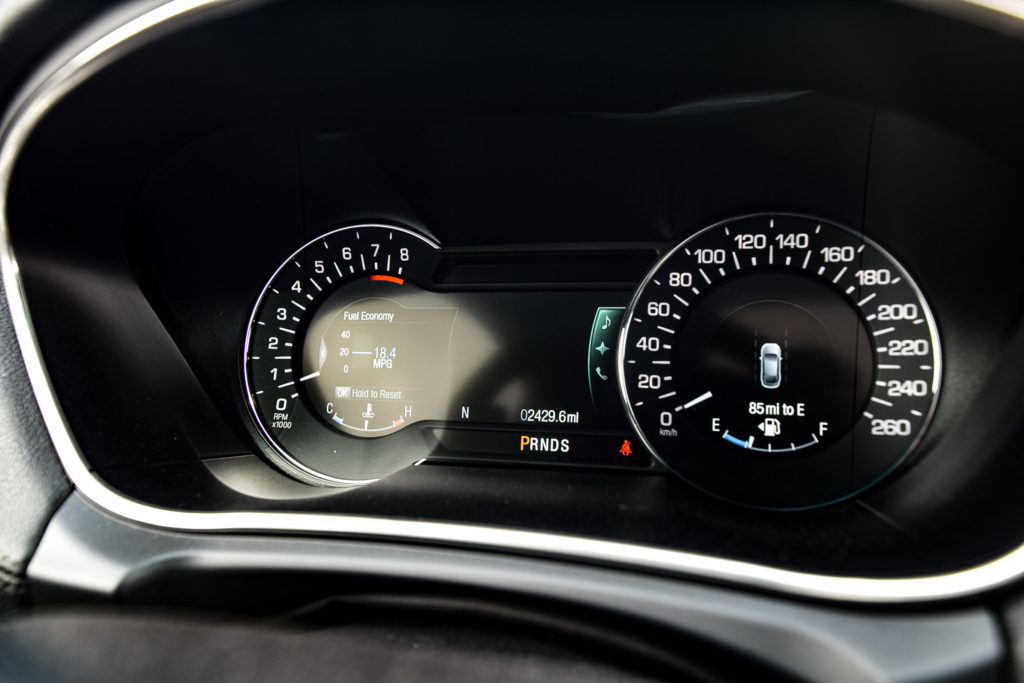 One of our favourite powerplant combinations, Ford…I mean, Lincoln’s 2.7 liter ecoboost arrangement makes for ample, accessible power throughout the powerband 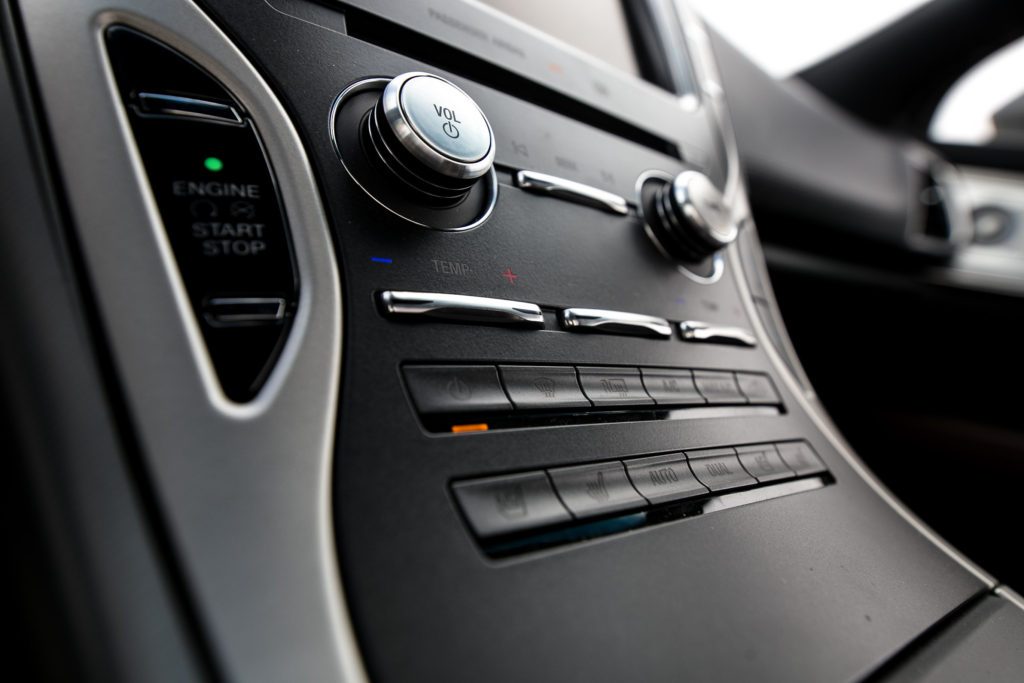 Button and switchgear placement is intuitive with good tactile feel 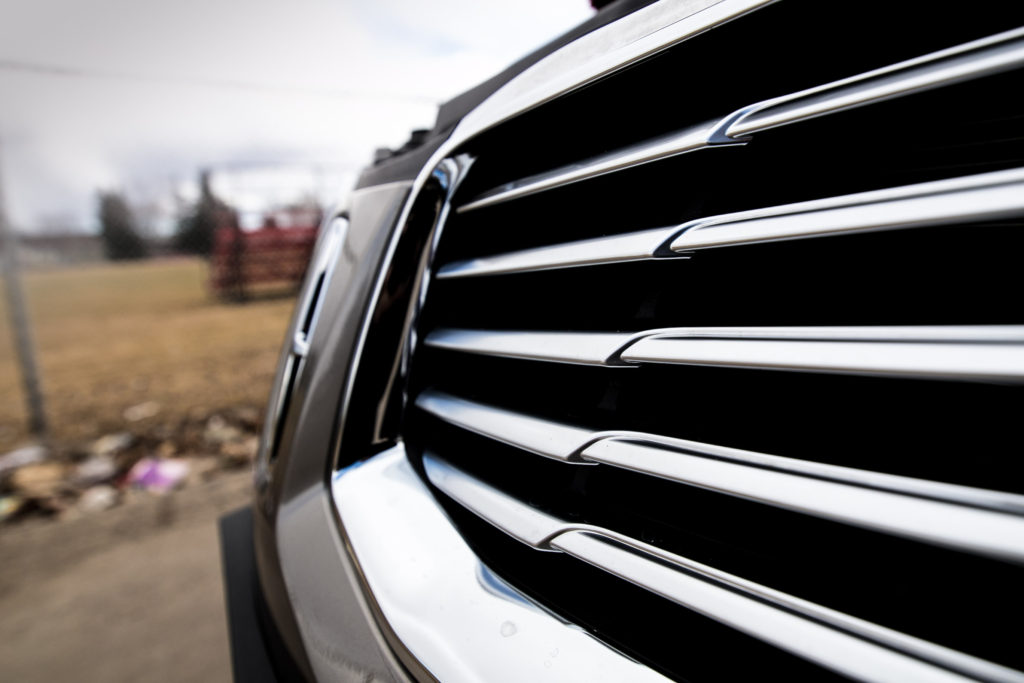 That samurai grille up close 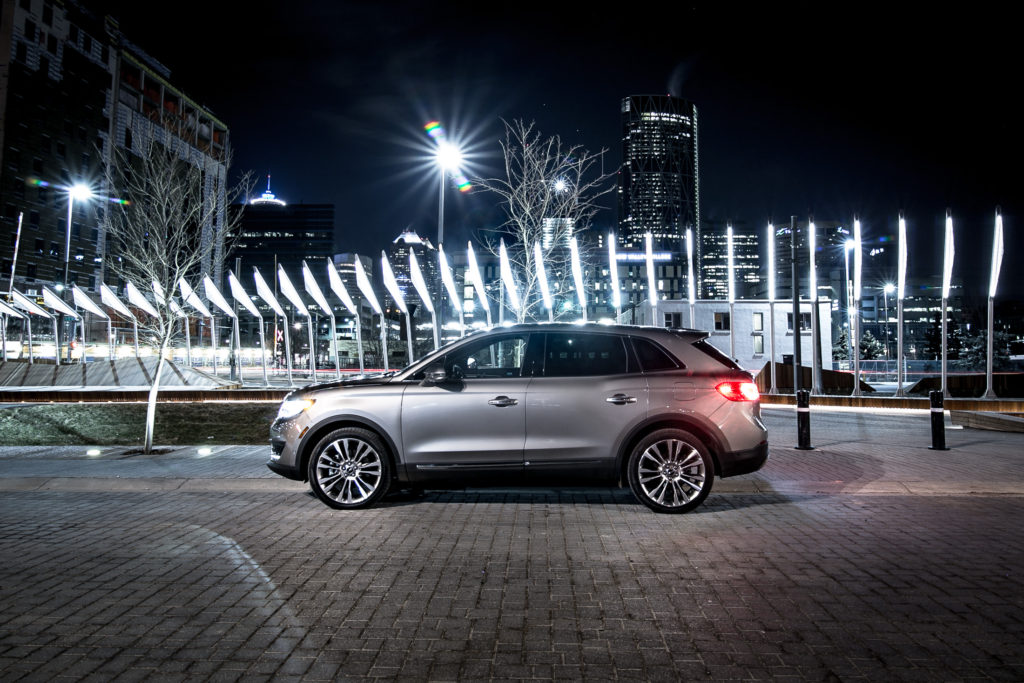 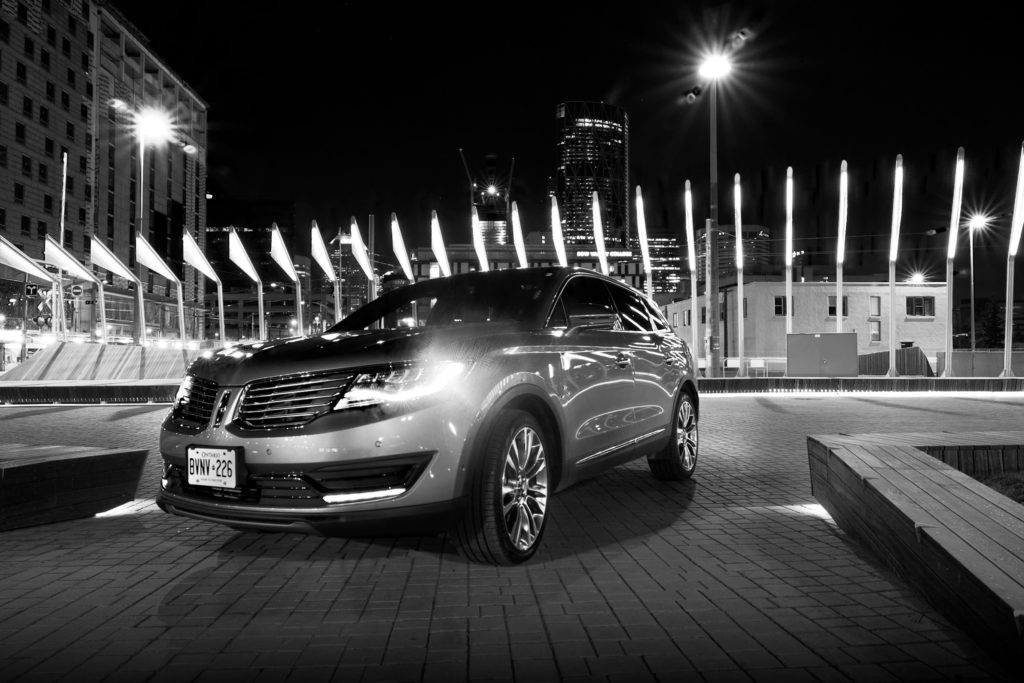 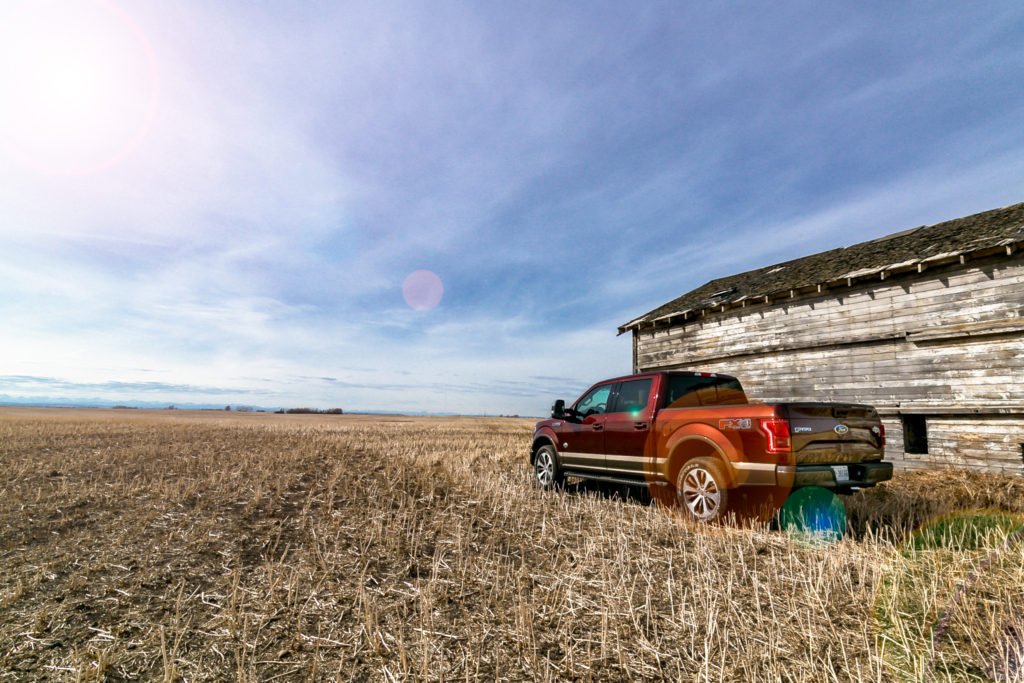 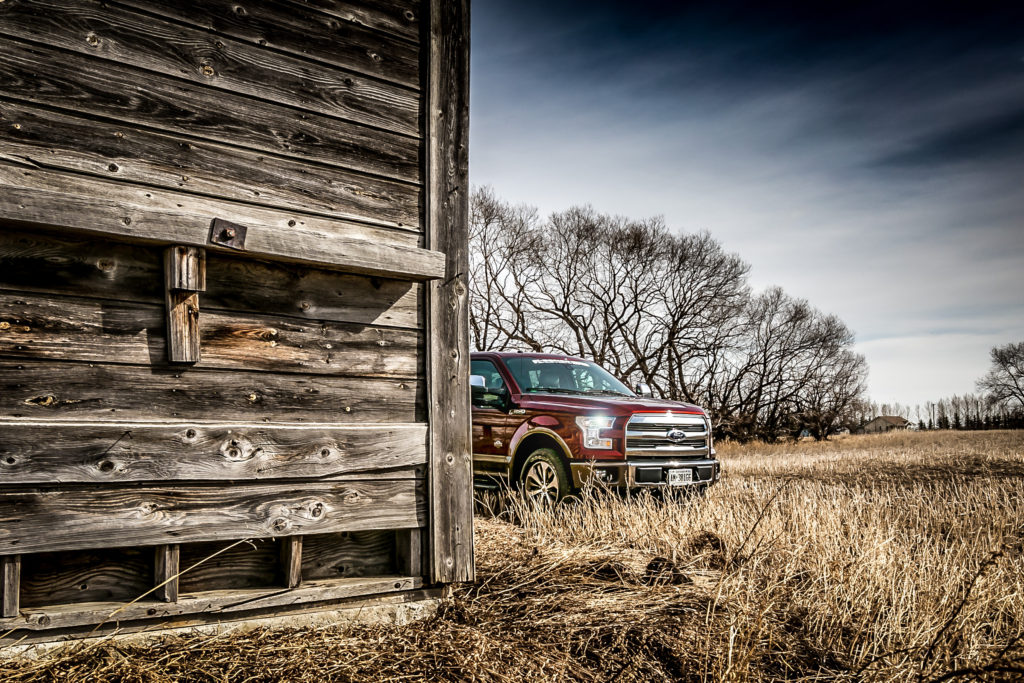 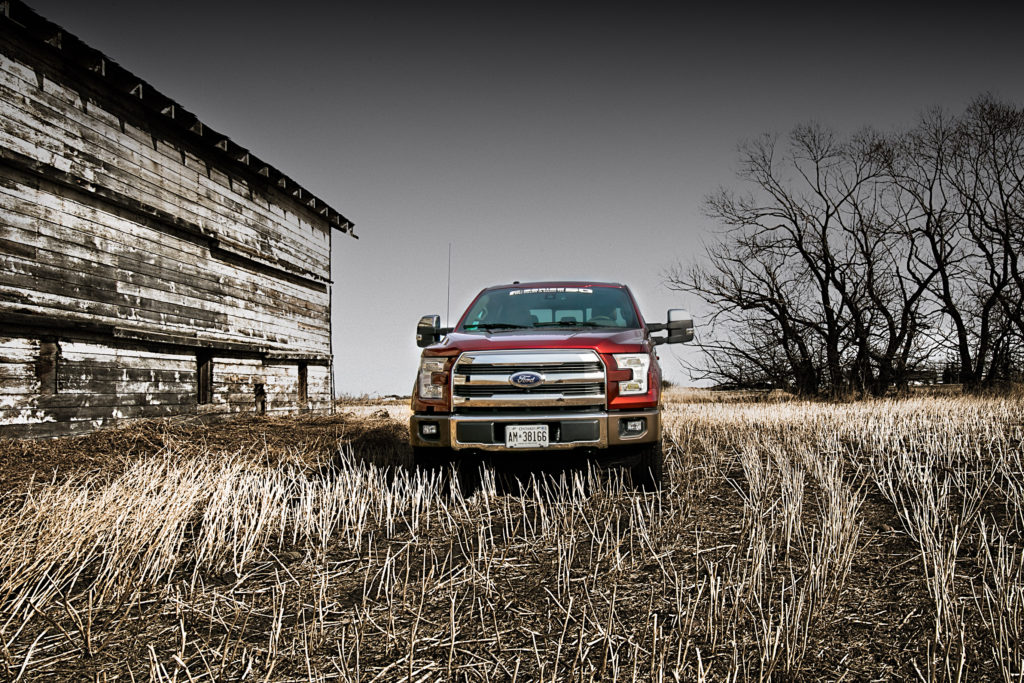 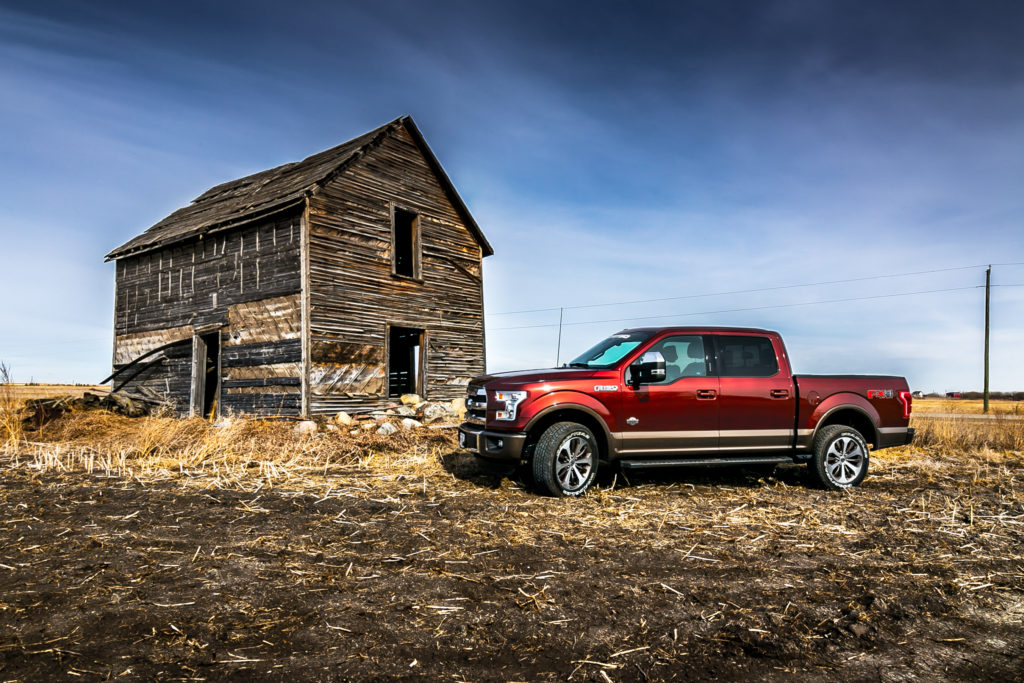 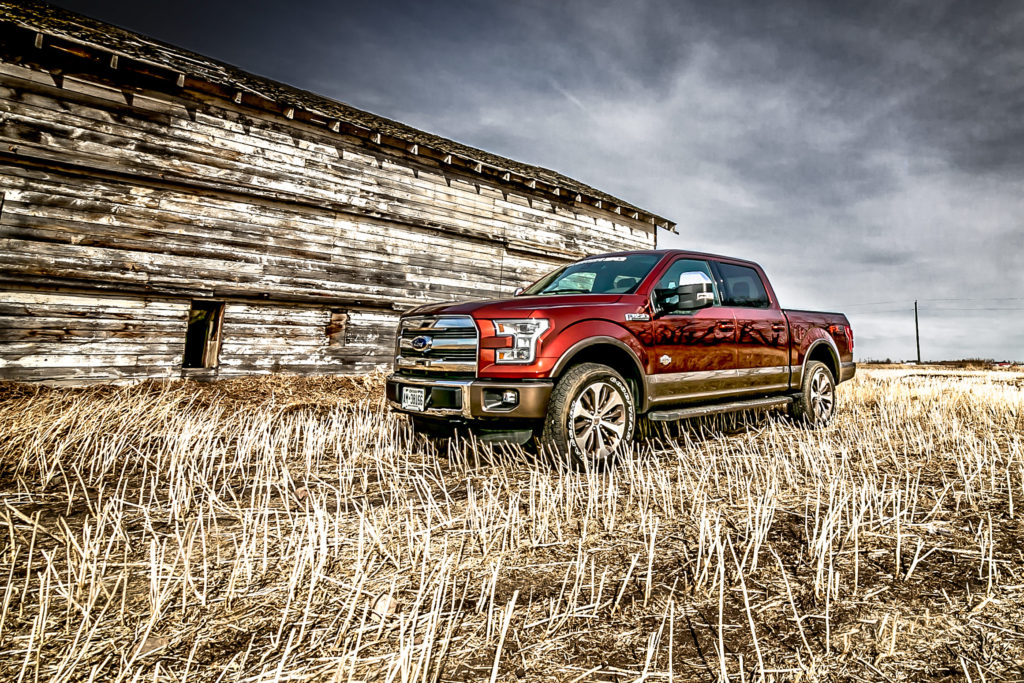 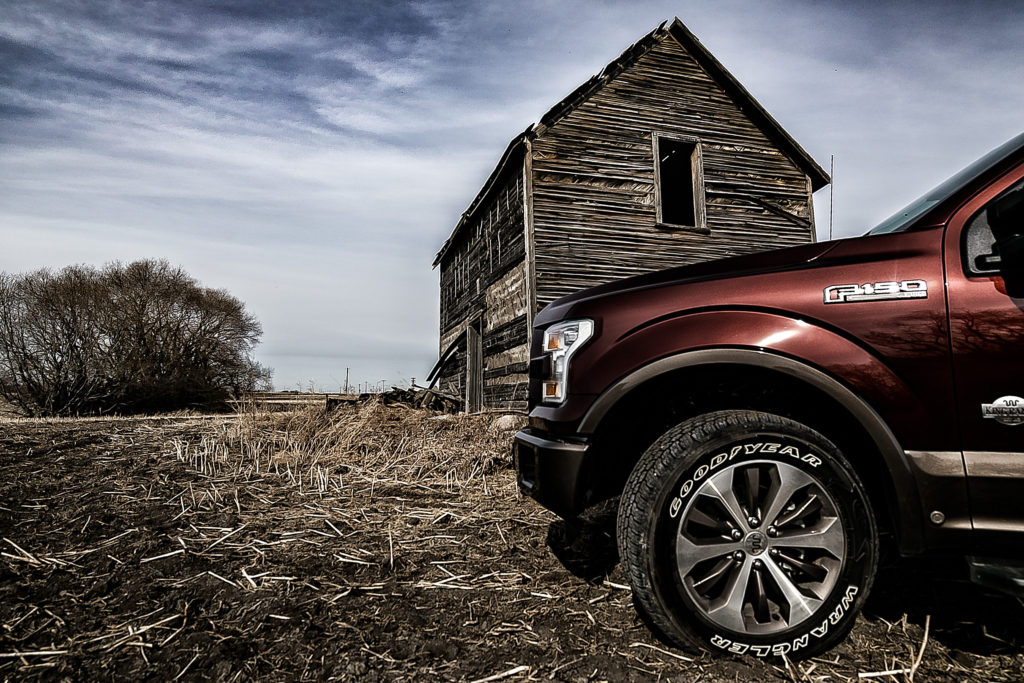 SelectShift gearbox provides Progressive Range Select allowing drivers to limit the range of gears to lock out overdrive for consistent speed over hills and mountain ranges, or full manuel mode 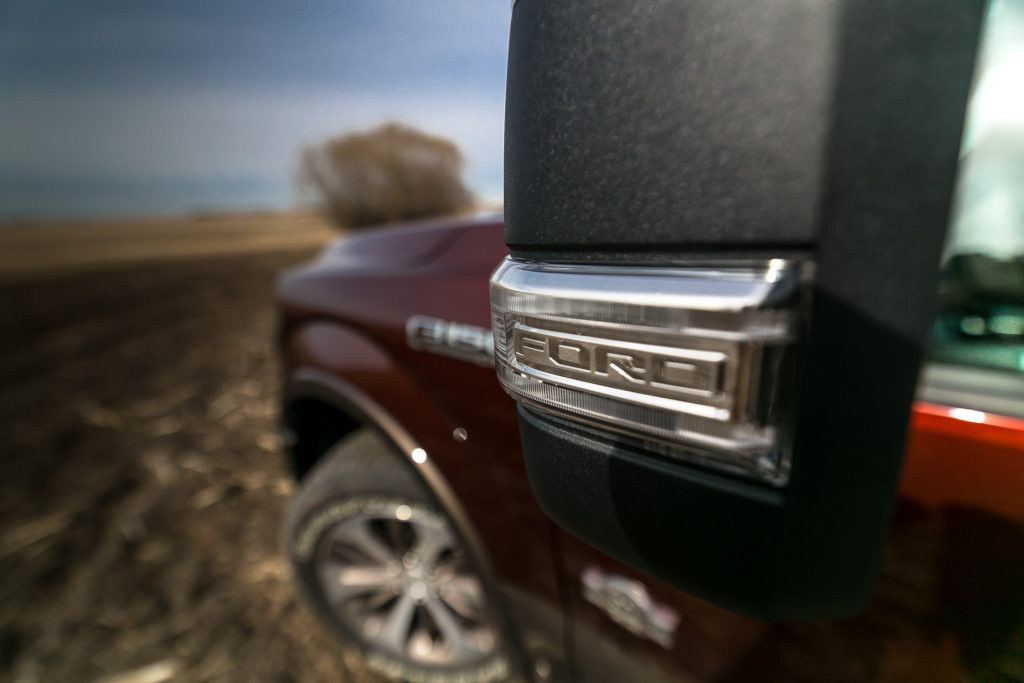 F-150’s mirrors are not only the size of a small solar panel but also telescope, allowing for even hairier driving on city streets 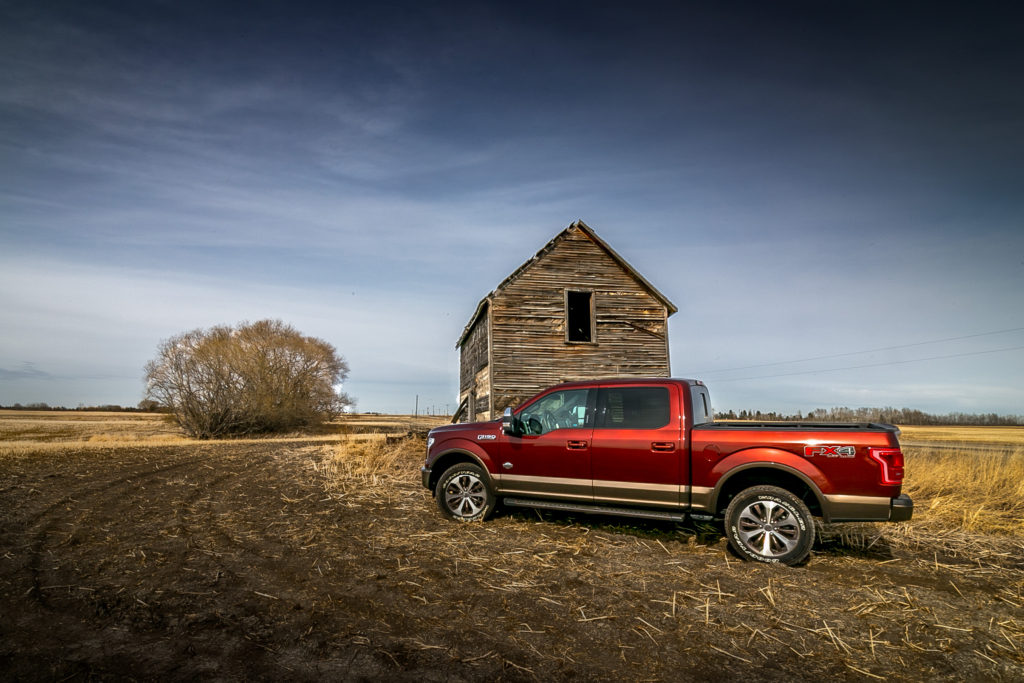 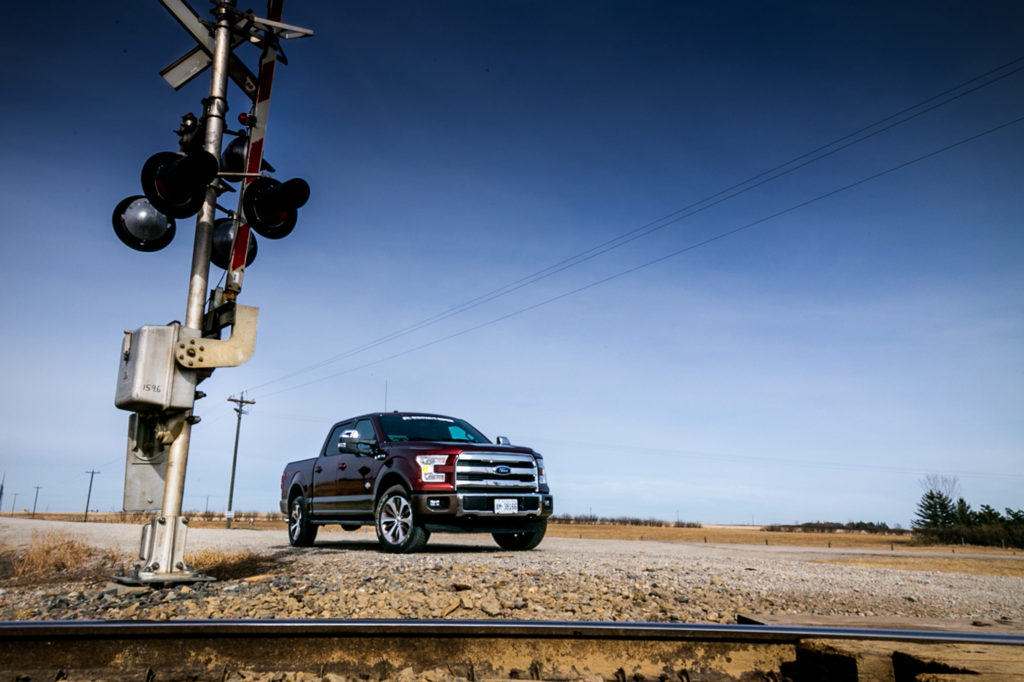 Ford notes rear shocks are mounted outside the frame rails to reduce body lean, while also staggering them fore & aft on either side to reduce unwanted solid rear axle hop hop

Ogopogo logo’d King Ranch can hold as much in this embossed bin as the entire rear bed! 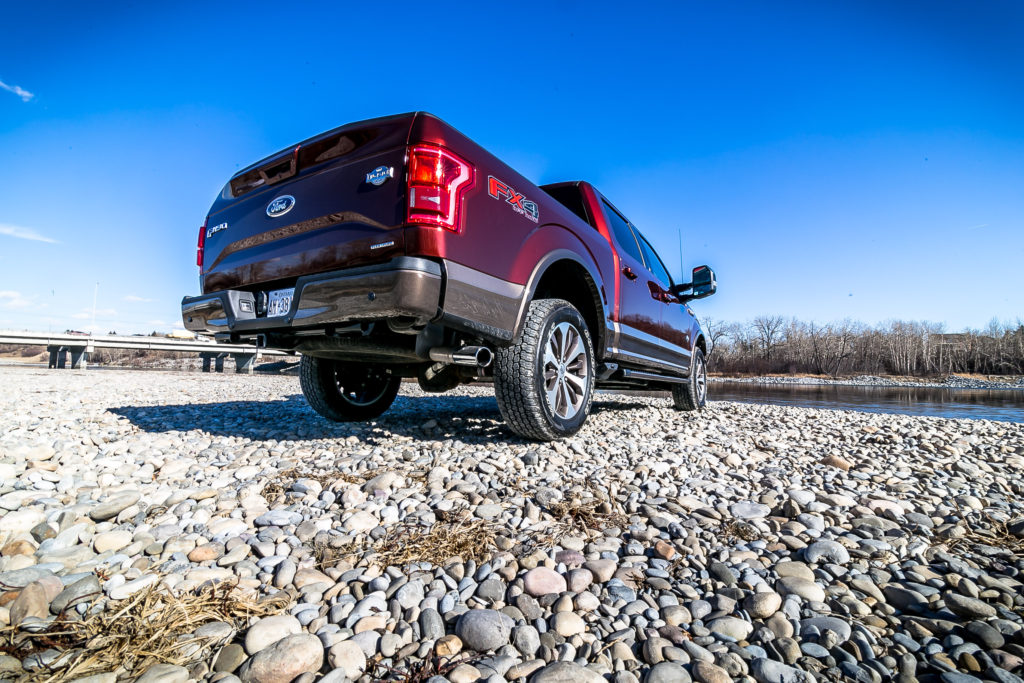 If only the Titanic had mirrors this big 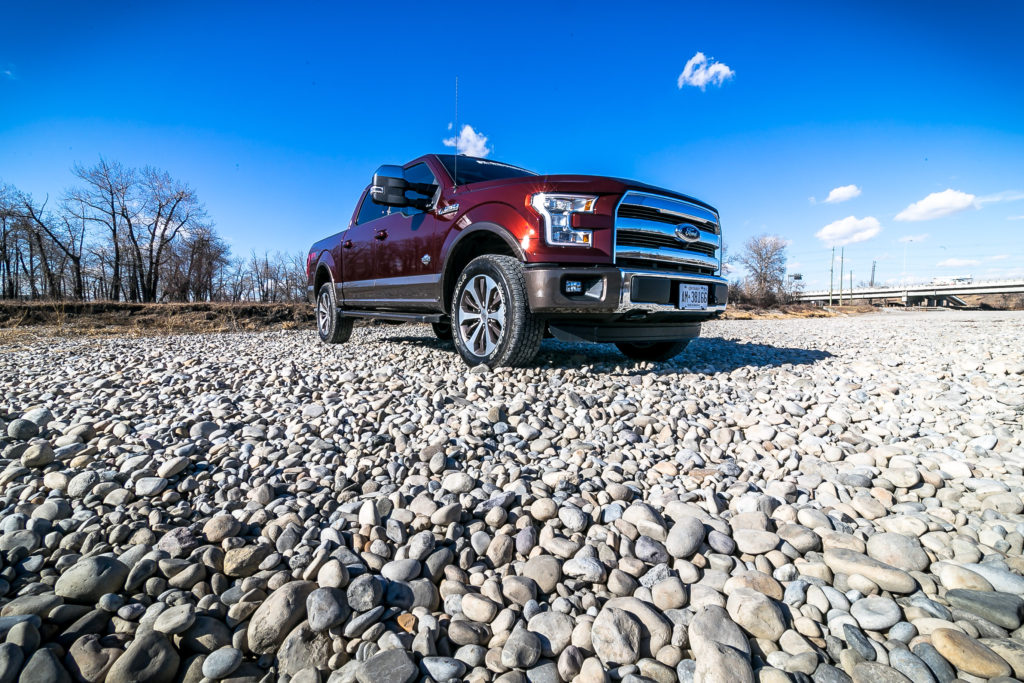 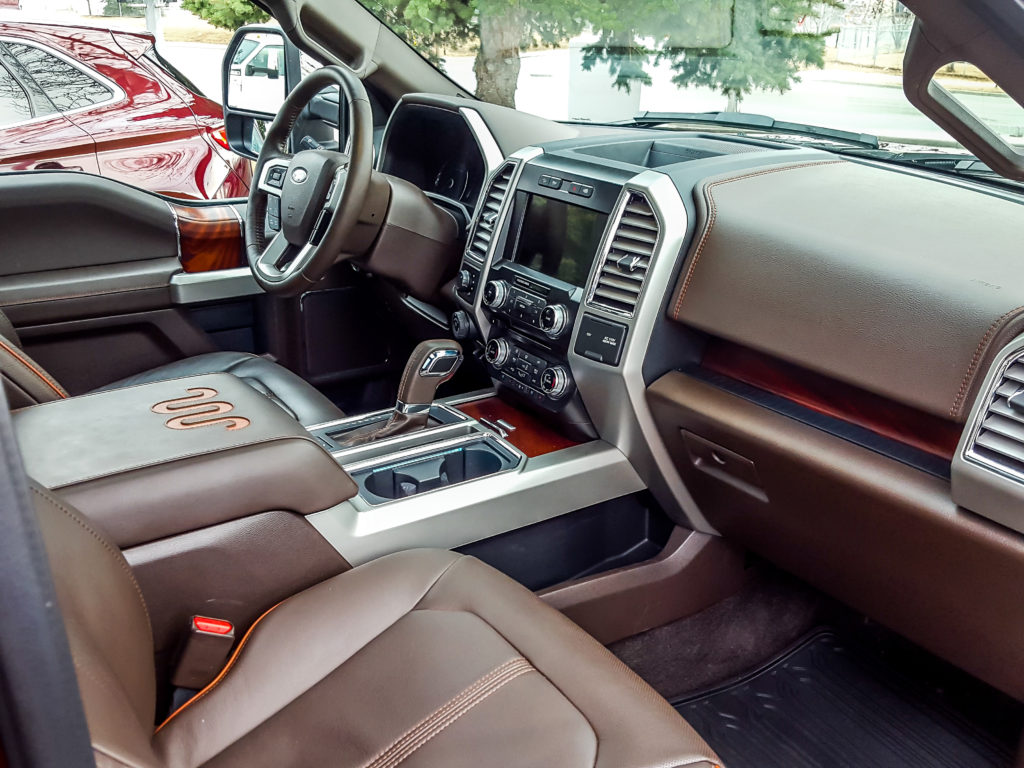 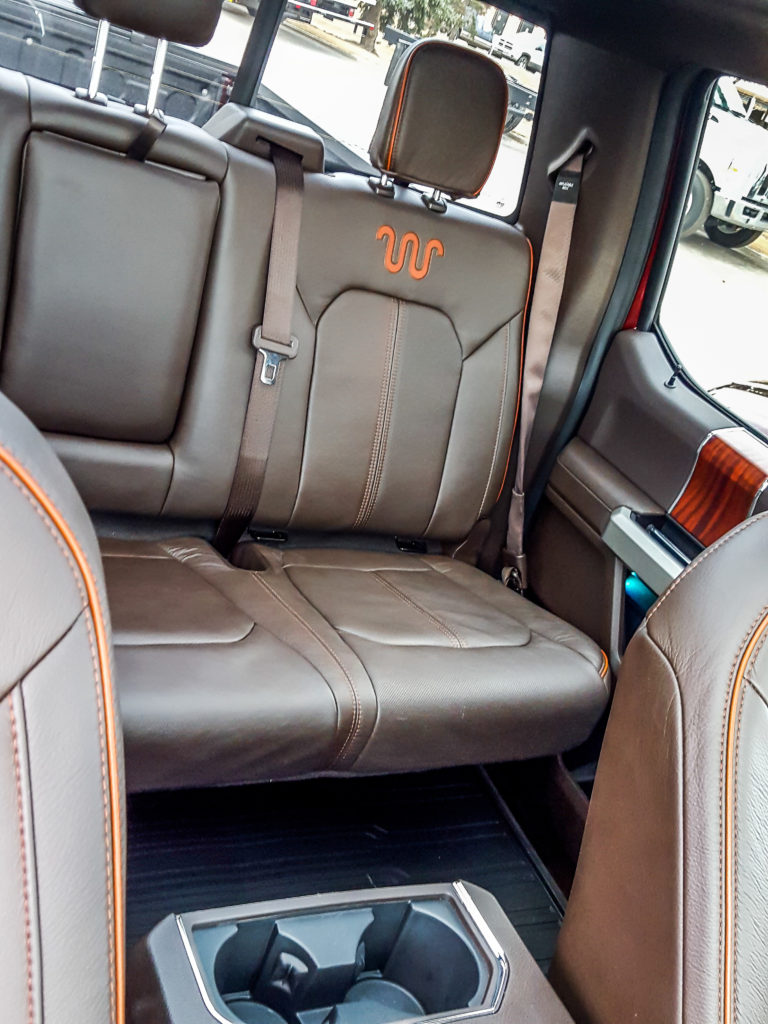 F-150 has more space than most board rooms!