My French, it remains perfect after all these years. Dropping out in Grade 7 in favour of band and the France Horn has done little to affect my Francais linguistic abilities. And I hold no grudges against the French, who left me with a phobia of most all brass instruments. Non! I instead greet them and their new pixel based Alpine Vision GT racer from Renault with open arms and PS3 controller anticipation.

Built specifically for Polyphony Digital’s Vision Gran Turismo program, the Alpine Vision is the latest in the concept series where real world manufacturers are invited to go batshit crazy with their online designs. Thus far we’ve seen the goods from Mercedes, Aston Martin, and others.

Very loosely premised off the very real, early 70s mountain racer, the Alpine A110 – which you can see and drive in the game – the digital Vision GT actually came out of “…an in-house competition involving around 15 designs took place and was won by the project submitted by Victor Sfiazof, the idea being a lightweight, agile, barquette-type car in keeping with the brand’s A450 Le Mans racing program.” 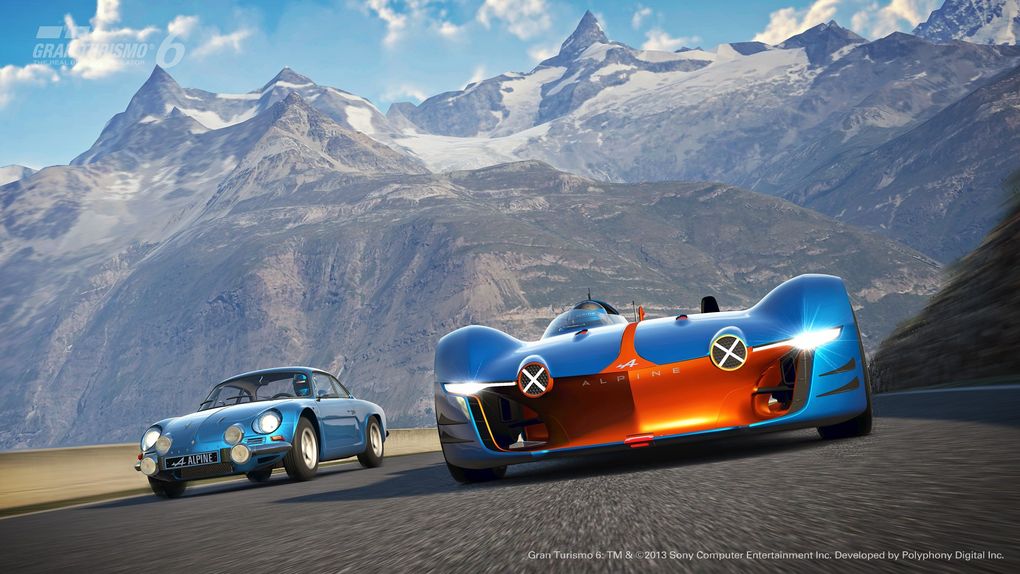 According to the designer, “The Vision GT is a genuine sports car which combines the passion for cars with enjoyment behind the wheel,” states Sfiazof. “There are numerous references to the past, present and future. The idea of a barquette stemmed from the Alpine A450’s involvement in the Le Mans 24 Hours, but the front end takes its inspiration from the A110, while the vertical fins at the rear recall the A210 and A220 and make a real contribution to the car’s styling. As an aeronautic fan, I also wanted to incorporate cues from the world of aviation, too. The airbrakes add a nice high-tech touch to the rear end.”

To prove the car isn’t just based on pixel dreams, Renault actually went ahead and built a scale version of the car. Sitting on the floor at the Festival Automobile International in Paris, the GT’s intent is to showcase aerodynamic possibilities that could exist in the future and to pay homage to the original Alpines. It’s probably important to note the physical model, while unlikely to become a production reality, does in fact have a 450 hp V8 resting somewhere under its shell. Total weight on the car is a reported light 2,000 lb (907 kg). 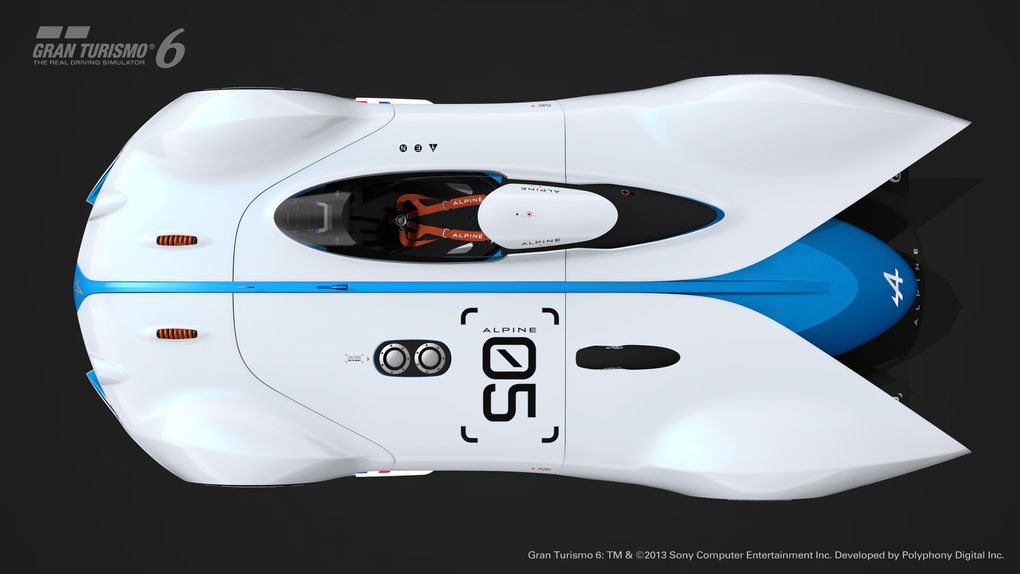 And unlike 16-bit racer games from the 80s where 3 pixels made up the driver’s body, the detail these guys are bringing to the playing field is incredible. Check out the macro image of the Vision’s concept wheels and brake and hub locking mechanism in the gallery. I thought last year’s Aston Martin concept was the pixel pudding pop, but this new entry from Renault might just beat that. Best try them both out on track.

Of course like any super overpowered concept car in GT6, it will be impossible to manage at speeds over 35 mph (60 km/h) on the picturesque Matterhorn courses. So best stick to the big long straightaway tracks to keep your gaming morale in check and ego at a premium.

GT6 speed racers can try the sweaty mitts at the virtual wheel of the Alpine Vision GT when it comes up for download in March. Bon appetit!

THE ANDREWS 75 ARE READY FOR THE BLOCK
LEGO to unleash 2,996 piece S.H.I.E.L.D Helicarrier on your hardwood