Designed by Calgary architects MTA and built by Chandros, the newest bull-inspired space in the city’s south is an exotic arrangement of hyper exotics and angular, black on white, minimalistic architecture.

Built for Weissach Motors of Vancouver and completed just this past month the new Lamborghini dealership overlooking the city’s Deerfoot Meadows shopping complex is a prime example of product influencing architecture. A launch event scheduled for this week with Lamborghini CEO, Stephan Winkelmann, will ironically/cleverly time out just in time for the Calgary Stampede’s running of the bulls. 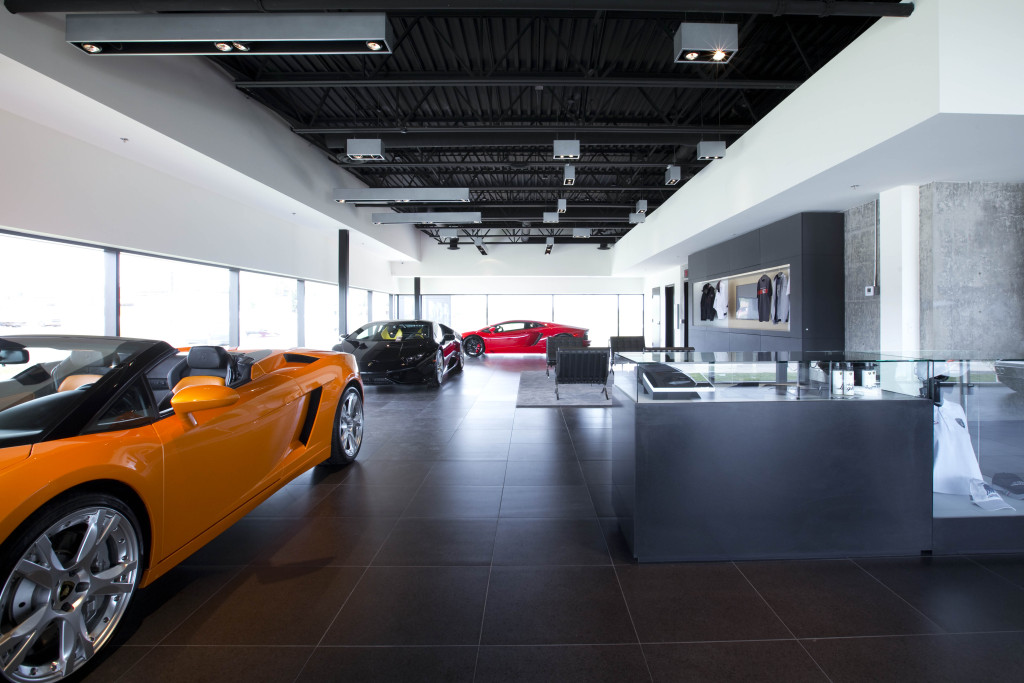 Running east to west, the long narrow design features strategically placed windows on both floors. The angular elements on the second floor are not lost on those who appreciate and understand how prominent the wedge form plays in the Italian auto manufacturer’s designs. Because of the site’s unusual narrow configuration and proximity to the north slope the architects had to rethink their initial design to fit within municipal guidelines.

But while the street facing facade on the second floor features small, carefully placed minimalist windows, the east end where the Lotus’ live, features a complimentary window shape that plays off the rising triangle in the center of the building. A simple black on white facade treatment is in keeping with Lamborghini’s design philosophy as is the building’s minimalist, yet functional design. 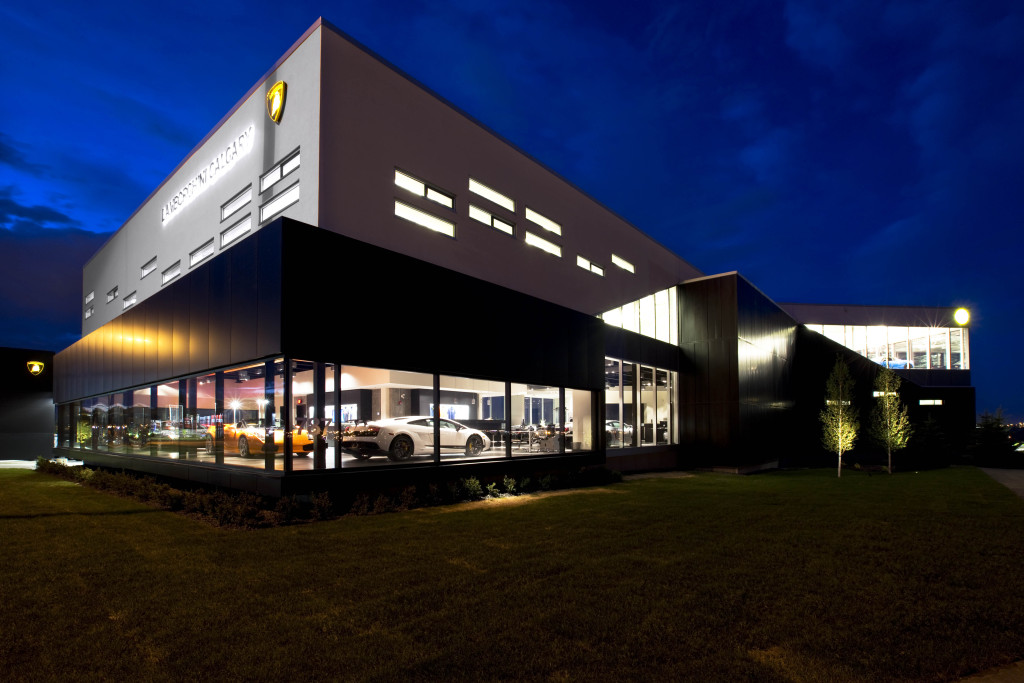 The site proved challenging because of its narrow, unique layout (photo. Angus MacKenzie)

The main showroom where the most precious of 700 hp go-fast devices resides, features a wrap-around window treatment starting on the north side and making its way around to the south facade at the building’s midpoint. The showroom at night, with its strategically lit Huracans, Aventadors and Gallardos, presents late night shoppers with a visual experience on par with the Lamborghini museum in Bolognese.

Above the main showroom on the second floor exist cars not of the Lamborghini persuasion. Exclusive, select pre-owned rides such as Jaguar e-type, Lotus Super 7, various Porsche and a Rolls Royce populate the concrete shelled white space. Towards the openly lit eastern side, Lotus has set up shop with a trio of rides, including a much wanted track only Exige in F1 colouring and race fuel diet, an Evora and another Lotus that’s not the race version.

Getting the cars from the ground level, three floors down is managed by the industrial sized lift. Located off the north side, the elevator enables the relocation and movement of cars with relative ease.

Under the Lotus space on the building’s north side resides the garage bays where six mechanical spaces have been configured for servicing and maintenance. Because of the setback from the hill the mechanical area had to be reconfigured from its original concept to fit the site’s unique requirements. 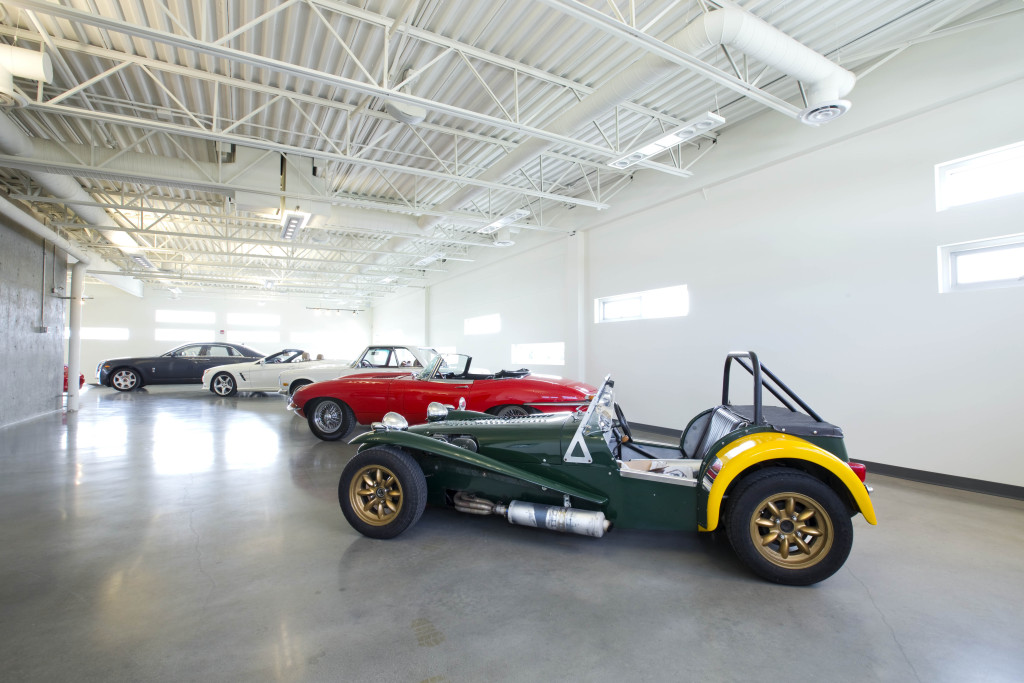 According to MTA “The initial concept for the project was derived from Lamborghini’s belief that their automobiles stand on their own and should be showcased by eliminating everything superfluous to the car’s image.”

The dealership is now open for any and all auto aficionados and the curious to see up and close one of the world’s greatest performance brands.