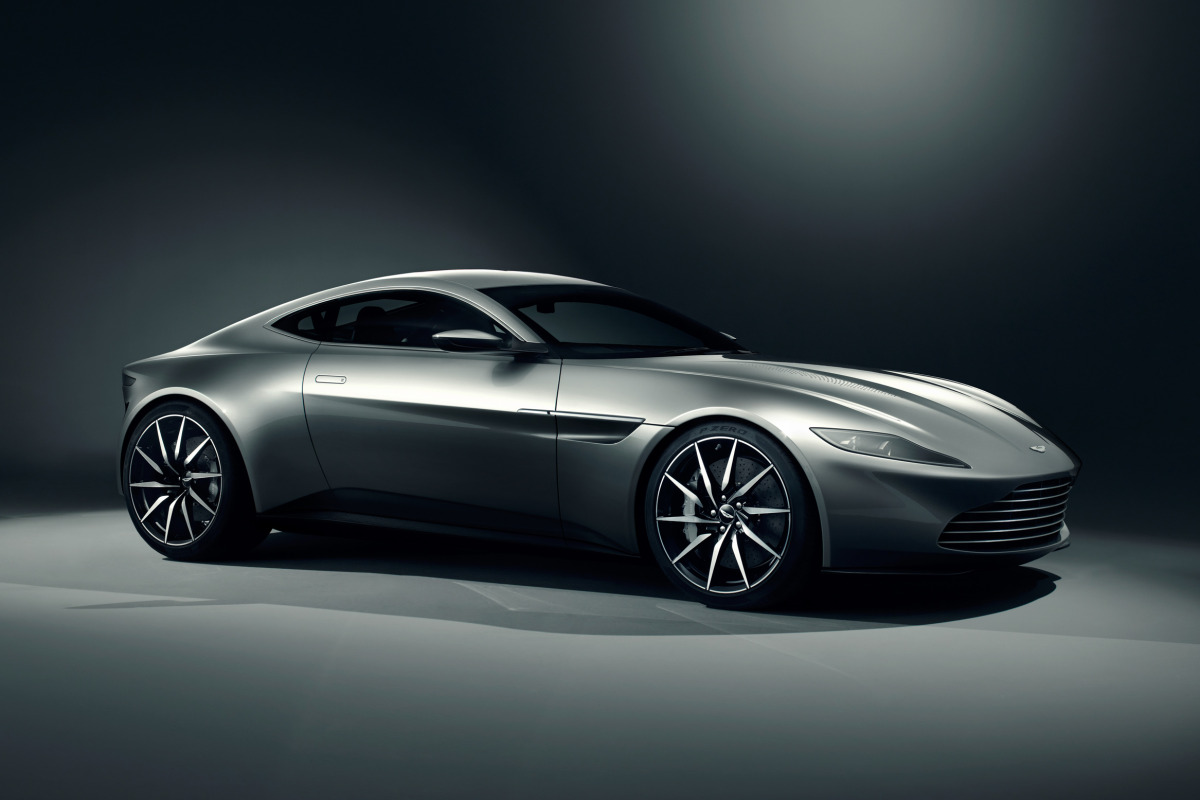 David Brown. Not much of a Hollywood moniker or a name that would stand out on a guest list. The wee Englishman born in Huddersfield with his innocuous DB initials, was however responsible for one of the most famous marques in automotive history. So good at his job were the DB that they named the latest James Bond ride after him.

The official press release proclaims that “Aston Martin together with EON Productions, the producers of the James Bond film franchise, unveiled Bond’s stunning new car, the DB10, on the 007 stage at Pinewood Studios.” AM is bloody pleased to confirm that Mr. Daniel Craig aka. James Bond, will once again drive an Aston Martin in the upcoming Bond film ‘Spectre. The DB10 is being developed specifically for the film and built in-house.

For those wondering SPECTRE stands for ‘SPecial Executive for Counter-intelligence, Terrorism, Revenge and Extortion’

According to Aston Martin, production of the DB10 will be limited to 10 with construction overseen by the crafty people at the firm’s Gaydon headquarters. Sorry, but of those 10, we’ll be lucky to see 2 or 3 make it out of production alive. Many will be demo vehicles that might sadly and painfully end up in teeny tiny sandwich bags.

On the plus side, Aston is hinting that this new car could provide a ‘glimpse into the future design direction of the next generation Aston Martins.’ But according to other sources, the DB10 will run a 4.7 liter V8 similar to what the current Vantage is running. The car’s platform will not be next gen stuff but rather the architecture seen on the 2004 DB9. Next generation platforms and engines should start to appear in the 2016 models.

This also happens to coincide with the 50 year relationship between Aston Martin and James Bond that all started out with the legendary DB5.

In an unusual move Aston Martin’s Chief Creative Officer, Marek Reichman and his design team worked closely with the film’s director, Sam Mendes, in designing and creating the new stylized ride. With more than a hint of Jaguar F-type, AM One-77 and Vantage influences showing in the only image available, the DB10’s demeanour certainly speaks to a specific design narrative. Aggressive yet stylish, British Mi5 yet performance oriented.

Dr Andy Palmer, CEO of Aston Martin, says, “In the same year that we celebrate our 50-year relationship with 007, it seems doubly fitting that today we unveiled this wonderful new sports car created especially for James Bond,” notes Palmer. “To be partnering once again with EON Productions is great news for this company and for everyone around the world that loves to see Bond at the wheel of an Aston Martin. I’m incredibly proud of everyone in the team at Gaydon who have brought this special project from concept to reality.”

The latest James Bond video ie. SPECTRE, is due to hit theatres next November.